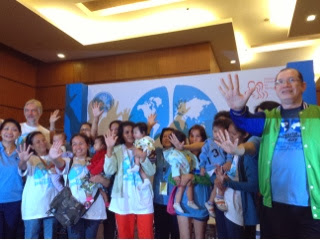 Pneumonia is one of the many dreaded disease that has claimed the lives of approximately 1.1 million children worldwide in the year 2012 alone. Based on a research conducted by health experts, 2-3 children die in the country every hour due to pneumonia.

Pneumonia has been ranked as the number one cause of death for children under the age of five years old. The sad truth is that pneumonia has claimed more lives than AIDS, tuberculosis and malaria combined. As parents, this is truly alarming but this is due to the fact that not everyone have enough access to proper medical care, particularly those who live in far off places. It has been found that 99 percent of the deaths from pneumonia occur in developing countries such as the Philippines due to limited access to health care facilities and treatment. 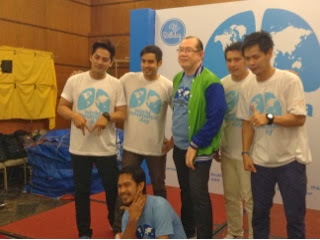 Oftentimes parents would simply shrug it off as it is often mistaken for lagnat laki" or "simply just a fever", thus pneumonia in children is usually left undiagnosed and untreated, because of this many children no longer reach their 5th birthday. The thing is Pneumonia is basically a preventable condition.

The council for the World Pneumonia Day held recently in Tagaytay proclaimed a challenge for everyone the call to action, where support for local health workers and solutions such as regular breastfeeding, education and further information on sanitation practices and good nutrition must be introduced. Medical interventions such as baby immunization as early as 6 weeks old with the pneumococcal conjugate vaccines have also been found as significant to prevent pneumonia deaths. 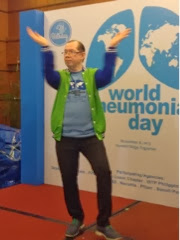 In partnership with both private and public sectors, the full implementation of a Global Action Plan for Prevention and Control of Pneumonia and Diarrhea, better known as the Millenium Development Goal 4, aims to reduce childhood mortality by two-thirds between 1990-2015 are not a far fetched goal. Through sustained, integrated and intensified efforts, more children will be able to celebrate their 5th birthdays around the globe.

As part of its celebration of its 5th  World Pneumonia Day, the Department of Health (DOH) had shown its support and initiative with a celebratory dance event called Fifth Birthday. The said event was spearheaded by the Philippine Foundation for Vaccination (PFV) Executive Director, Dr. Lulu Bravo and its President, Dr. May Montellano. It also coincided with the PfV's commemoration of its 14th Philippine National Immunization Conference held at the Summit Ridge Hotel in Tagaytay City. 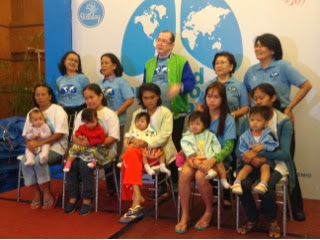 Assistant Secretary Dr. Eric Tayag, popularly known for his awesome dancing moves for different health campaigns, led the numerous doctors from both public and private sectors in a dance exercise together with the members of the dancing group called Maneuvers. The event culminated with a ceremonial vaccination campaign conducted by no less than the DOH Assistant Secretary himself. Five lucky infants from Tagaytay City were given free pneumococcal conjugate vaccines designed to protect against the dreaded pneumonia disease.

Here's a special dance number by DOH ASec. Dr. Eric Tayag as he danced his way to fight against Pneumonia in children: 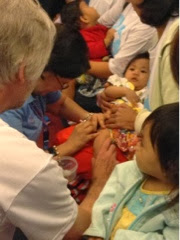 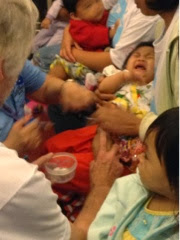 As a symbolic way of celebrating the 5th birthday of Filipino children who have been protected and will be protected by the vaccine, Dr. Tayag, Dr. Bravo and Dr. Montellano also led the huge birthday cake candle blowing ceremony. 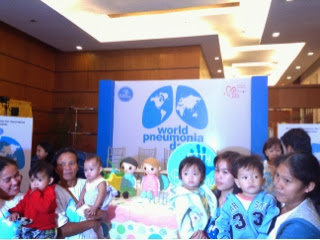