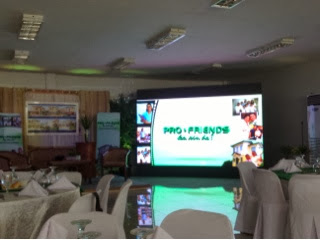 They say when you dream, dream BIG. For most Filipino families, a huge part of their dream is to own a house they could call home. But it takes time, effort and perseverance in order to realize such dream. There are the brave ones who would sacrifice being far away from home to toil just so they could provide for the ones they left behind--their families and loved ones. It is such a feat and surely not for everyone. No wonder they are now hailed as the "new heroes" of this century. 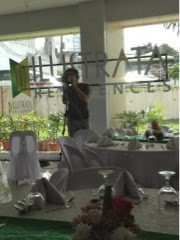 When Pro-Friends, one of the leading real estate companies in the country launched the Pro Friends Video Essay Contest called "Pro Friends Ka Rin Ba?"  in January of 2013, it was a contest where one could nominate someone whom one thinks deserves to have his or her dream house and lot. The people at Pro Friends had envisioned this contest as part of the company's crystal celebration. "We came out with this contest as a way of sharing our blessings since 1999. It's paying back in our small way, give our help in making a dream a reality," says Mr. Gus Leonardo, Pro Friends Chief Operating Officer. 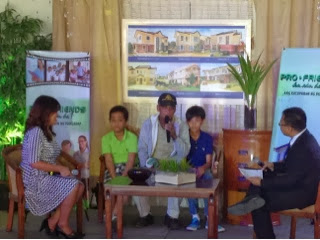 There have been 19 official video entries that had meet the requirements. Then after thorough screening, the list went down to the final three videos.   "All of them are deserving, but in any contest, there can only be one winner," adds Mr. Leonardo.
The videos were judged based more on story values and substance rather than professional style videos. They were judged for having embodied the values of Pro Friends. The three video finalists were chosen because they inspire admirable quality along with a certain percentage for the most number of likes. The panel of judges consist of Pro Friends executives with guest judge director/TV host/reporter/journalist Cesar Apolinario. 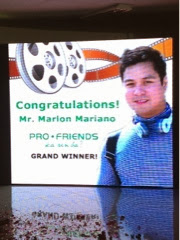 In the end, the Pro Friends awarded the Grand Prize to the video entry of an Overseas Filipino Worker (OFW) named Marjorie Mariano-Gasmen who nominated her brother Marlon Mariano, also an OFW and a single father. Marlon had been working for a shipping company for five years. Despite the distance that separates him and his children, Marlon had been trying to make things meet as he left his children in the company of their Dad, Mr. Anastacio Mariano. But Lolo Anastacio is currently not in the pink of health as he suffers from a skin disease.
Marlon Mariano and his family wins a brand new house and lot in the Pro Friends Lancaster Flagship Project in Imus, Cavite. It is a two-storey house, with three bedrooms and 2 toilet and bathrooms. The great news is that Pro Friends will also shoulder the tax of his prize, so it is tax-free. Marjorie, for her nomination also receives P50, 000 in cash from Pro Friends. How's that for a double celebration for the family? 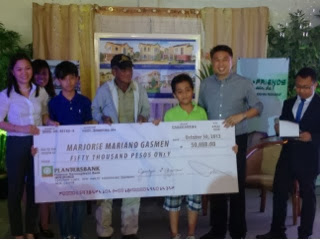 Unfortunately, since the siblings are both working overseas, it was their father Anastacio Mariano and Marlon's children who were present during the awarding ceremony. They were the ones who received Marlon Mariano's house key as well as Marjorie's P50,000 cash. The two winners had sent heartwarming video messages to their family. 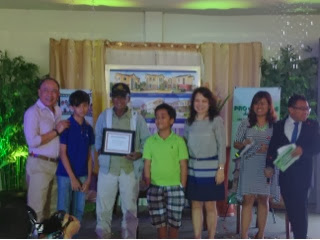 In the end, the contest had served its purpose. They had changed the life of the Mariano family and brought to life their dream of having a shelter they could call their very own. With Pro Friends, they will continue to help Filipinos in making their dream house a reality.
Special thanks to Ms. Cielo of Havas PR Agatep for the invite and Ms. Laarni Ruiz of Pro Friends.
Posted by Vance M. Ramos at 7:09 PM