Students get the super slime treatment with Nickelodeon’s NTOYS 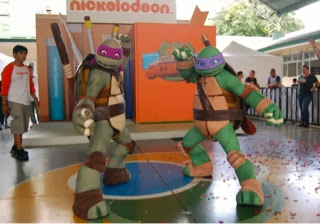 Nickelodeon’s signature slime showed no signs of slowing down as it swept through ten schools all over Metro Manila in the first leg of this year’s installment of Nick Takes Over Your School (NTOYS). An annual movement to get kids’ minds and bodies to work, NTOYS brought out values like team spirit and sportsmanship in the three-hour program filled with Nickelodeon-themed games and activities. Games and treats surrounded the kids as they jumped from one activity booth to the next. Their competitive spirit was also hard at work with games like Robot and Monster: Build-A-Gadget that tested their puzzle-solving skills and SpongeBob SquarePants Fill ‘Er Up that pushed their agility and precision to the limit. 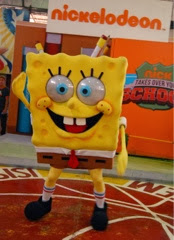 With the promise of slime time, hundreds of grade school students aged seven to 12 were all abuzz with excitement, especially upon seeing their favorite Nick shows come alive right in their own campus grounds. “Grachi is my favorite show. It makes me happy to see a game built on it,” said 5th grader Sitti from Trinity University of Asia. “I’m really excited, even more so that we’ll get to know how slime feels,” said 5th grader Janess, one of the many students who lined up to get their hands dirty with the glorious green goo. 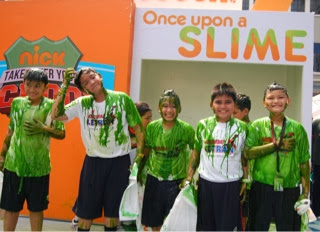 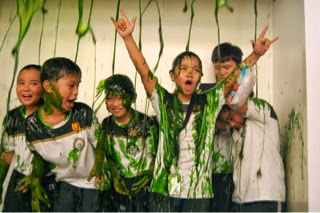 There was no shortage of the much talked-about ooze as kids got their fix in the Prime the Slime trivia contest and the giant Slime Book, where game winners experienced being doused with it. In true Nick fashion, youngsters all took home tons of freebies and received prizes as rewards for playing. Capping off the event were surprise appearances of Leonardo and Donatello of the Teenage Mutant Ninja Turtles and SpongeBob SquarePants and Patrick Star. 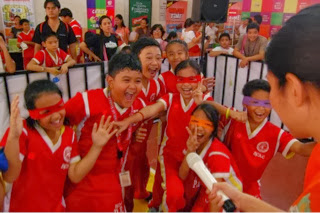 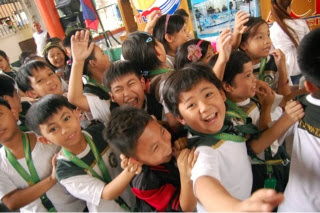