Philip--Lifestyle Guy: The Lifestyle Show for Filipinos of all Ages 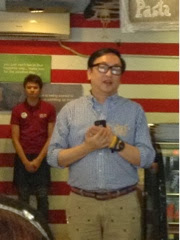 The name Philip Abadicio may not exactly ring a bell for people who do not read much of society pages or who do not seem to care about TV shows that had substance. But for those who are interested in lifestyle, Philip Abadicio will surely be a name they are familiar with. 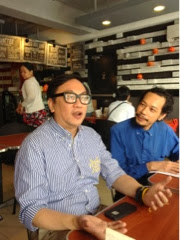 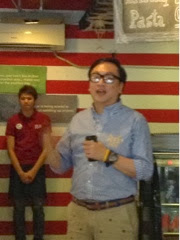 Philip Abadicio never envisioned himself to appear on national TV, much more become a TV host. However, for it isn't surprising that Philip Abadicio eventually got into television. He's got an innate gift of gab, he's someone who can talk about anything under the sun. He is also someone who can make his guests feel at ease with themselves and just be comfortable as they converse. Not every host can do just that. When you watch Philip with his guests, one could easily conclude that they are indeed enjoying his interviews.
Philip Abadicio unveils a new TV show called PHILIP--Lifestyle Guy with the aim to further promote Lifestyle itself: dig the latest food, try different spa treatments, do a travel sojourn, get updates on the newest tech gadgets, know what's trendy and hip in fashion etc. PHILIP-Lifestyle Guy is a lifestyle show for the "Masa".
Catch Philip with his Philip--Lifestyle Guy show on TV5 starting on October 27, 2013, Sunday from 11AM to 12NN. You 'll also get a chance to win exciting prizes--and get to experience and eat exactly what Philip and his guest for the week just had.
Like Philip Lifestyle Guy on Facebook and follow Philip Abadicio on Twitter @philiplifestyleguy
Posted by Vance M. Ramos at 11:32 PM