TRANSFORM YOURSELF WITH SCHICK 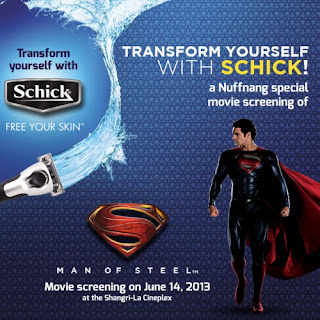 Who doesn’t want to have superpowers? I’m sure everyone would love to have one. It would probably look so cool! But if that would be the case, I think this not-so-perfect world would even be more chaotic because people would take advantage and abuse their powers. If I had superpowers like Superman or even better than him, I would make sure to put them into good use. I’d like to help as many people as I possibly can. I’d help build more schools especially those that were damaged by the recent typhoons in Mindanao, with my speed power I can help build classrooms faster so that kids can have some roof under their heads when they go back to school.

I’d also find out how I could help Mindanao to gain back their source of energy as it now suffers from rotational blackout. I’d also help in giving out school supplies and books for kids especially in the highlands where kids had to walk several kilometers and literally cross mountains and rivers just to get to class. I’d want to make their lives easier by building durable bridges to lighten their burden in going to school each day.

Since I’ve superpowers, I also have the ability to read minds. I would make peace with neighboring countries like Taiwan as well as other countries claiming for Spratly Islands China and Vietnam regarding the controversies of such island. Since I could read their minds, I know exactly how to appease them, as I know what I should say and what not to say.

My ability to forsee and detect the future can also help save my country from further wrath of nature and other disasters. But in the end, I firmly believe that we don't really need any superpower to be of help or service to those in need. It all takes a little love and an open hand. We can all be heroes on our own little way, whether by simply helping an old man to cross the street or teaching a child how to tie his shoelaces. We can all become heroes if we really had that strong desire to reach out to people. We don't need a red cape in order to help save lives. Speaking of such, you guys can win free tickets and movie prizes to the much-awaited movie of the year, The Man of Steel from Schick. Simply answer the question, "If you had the powers of The Man of Steel for one week, how will you use it?"
What are you guys waiting for? Join now! 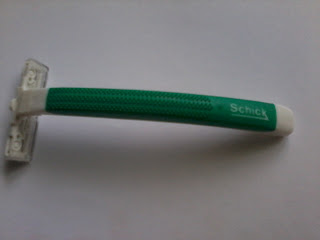 Schick Razor has a promotion in line with the film, "Man of Steel" directed by Zack Snyder and produced by Christopher Nolan. As part of its promo, a special edition Superman "man of Steel" Schick packs are available in leading groceries and supermarkets. These packs include Exacta 2 disposable, kits and refill, Quattro Titanium and Freestyle systems and refills.

With Schick, I can transform my legs into vavavoom flawlessly and beach-ready skin ouchlessly without any hassle! Schick. Free Your Skin.