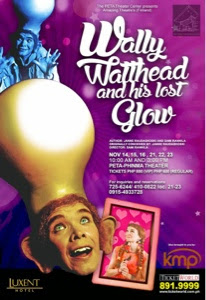 When I came to the PETA-PHINMA Theater that morning for the press preview, I honestly wasn't sure if I'd be enjoying Wally Watthead and His Lost Glow, simply because I thought it was something for the kids to enjoy. The said play is having its Manila run until the 23rd of November. But while I was inside the theater, I couldn't help but guffawed at all the magical acts and antics that Finland magician and screenwriter Janne Raudaskoski did. I had totally lost myself as I felt childlike again while watching Wally Watthead and His Lost Glow. 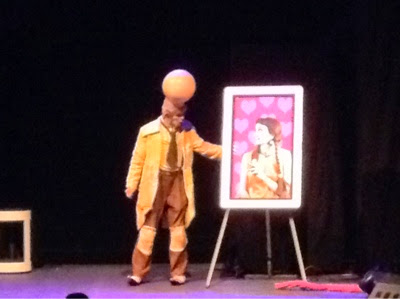 Wally Watthead with his object of affection Polly Picture. 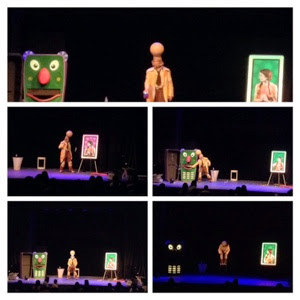 It was the first time for me to see a theatrical performance which incorporates magic, clowning, mime, video, black light theatre among many other visual effects all together. And seeing Janne Raudaskoski does everything solo on stage was truly amazing! He's got not just the huge glow on his head but conquered the spotlight as well as I've witnessed the sense of awe of the kids in the audience. The "ooohs" and "aaahs" from the crowd were enough to prove that Wally Watthead and His Lost Glow has captured the hearts of the Filipino audience. 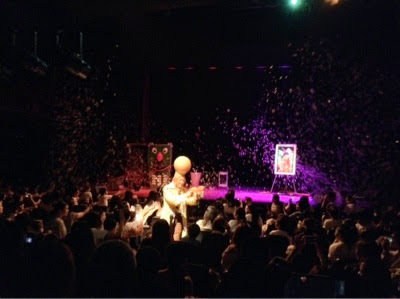 The Bubble Party was well-received by the audience esp. the kids. 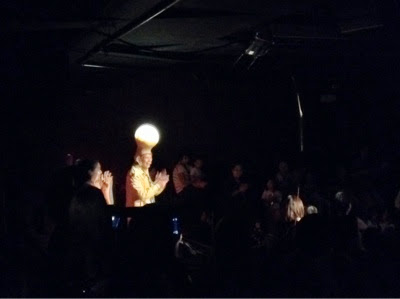 I'm no theater expert although I've been a theater aficionado since my grade school days. But here I'm giving my thoughts on Wally Watthead and His Lost Glow.  The story of the said play was very simple. It was supposedly set in a child's room where in one day Wally Watthead's head goes out. Wally's pal, Simon Simcard, the multimedia cellphone tries to help him search for his light. This is where all the magic came in. Wally Watthead got himself involved in a lot of things that he ends up levitating in the air or shrinking himself down to a Liliput size. Yes, this is the only theater performance that involves levitation and size shrinking--much to the delight of the audience (including me!). It was an amazing experience seeing Janne Raudaskoski shrinks before my very eyes. Then, there was Polly Picture played by Tuija Nuojua, who acts on a picture frame and plays Wally Watthead's love interest. That one is another amazing act because Wally Watthead can touch, hold hands and be inside Polly Picture's frame--all because of magic and perhaps some innovative technology! 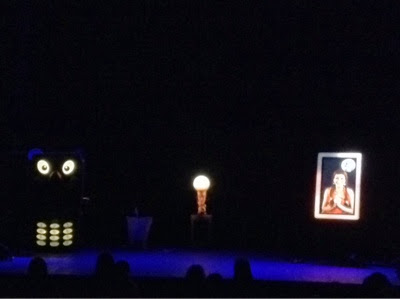 Wally Watthead in his Lilliput size 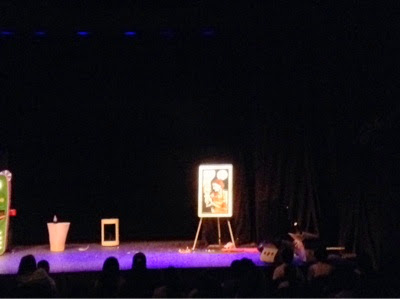 The Magic of Wally Watthead whem he shrunked himself to fit Polly's frame.

There was also some "kilig" (fuzzy kind of feeling that one feels when you talk about love) portion from Wally Watthead and His Lost Glow when Wally gave his beloved Polly a 'flying rose' and tried to kiss her as well. Another fun part was when Wally used bubbles to make his best friend Simon Simcard happy after he got jealous after Wally gave special attention to Polly. The audience had a lot of fun with all the bubbles! 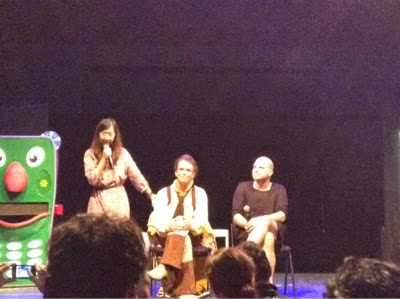 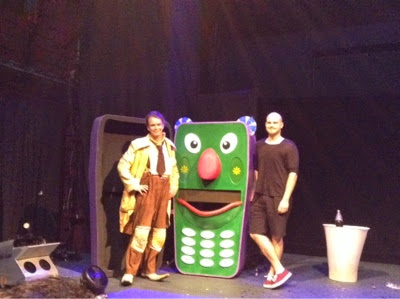 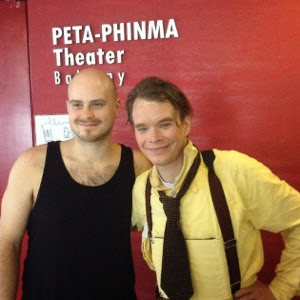 According to Janne Raudaskoski, he had dreamed of doing a character with a light on his head ever since he was a little boy. So he came up with Wally Watthead and His Lost Glow. He made the character from his dreams come to life by writing a story about it. Since then, Janne Raudaskoski has toured around the world hoping to achieve more performances and reach out to audiences abroad. This adventurous and theatrical circus performance has toured in almost three continents, including a short stint off-Broadway in New york this year. 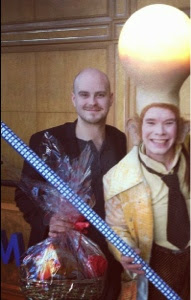 "It was an easy option for us to come to Manila," says Sasu Paakkunainen, the technical director the Manila tour. "But it was a struggle for us to come here flying everything we need. To run the show, we need three laptops and one major control system,"Sasu added. 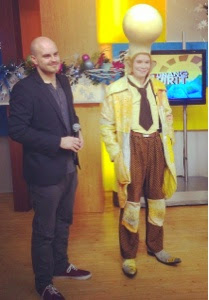 It's been said that the Filipino audience is quite difficult to please when we talk about any performance be it on theater or film. But once you're able to capture the audience and hook them right up, you know just too well that you have them. Based on what I've just witnessed, Wally Watthead and His Lost Glow was warmly received by the Filipino audience. It's not surprising as Janne Raudaskoski as Wally Watthead was just so endearing and easy-to-relate with. He deserved all the applause from the audience during the curtain call. To the team behind its productions and to PETA, Congratulations and we hope to see more of your productions in he future!

Mommies, I'm inviting you to come and watch Wally Watthead and His Lost Glow in its remaining shows in Manila. It's going to be lots of fun for you and your kids. Plus there is a study that came out where the five senses are said to become well-developed when you introduce them to children's theater.

So catch Wally Watthead and His Lost Glow's last remaining shows! You shouldn't miss this!

Special thanks to Tito Toots Tolentino and Razel Miranda for the invite.