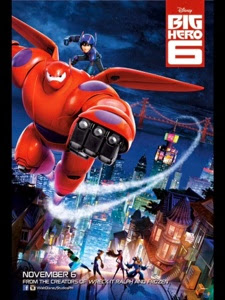 Unbeknownst to many, Big Hero 6 was a Marvel Comics property converted into a kid-friendly computer animated feature in 3D and helmed under Don Hall, director of "Winnie the Pooh". Big Hero 6 becomes far from its original comic strip and sheds some power-packed action scenes which was a typical Marvel filmed trademark, rather it becomes very Disney with its awesome cuteness.

I got confused a bit where the said film took place. For due its the acquisition, it's supposed to be a place where Tokyo has merged with San Francisco, thus it's called as SanFransokyo. It embraces the Japanese animation with all its kawaii factor. But this will surely disappoint fans of the original comic book series. 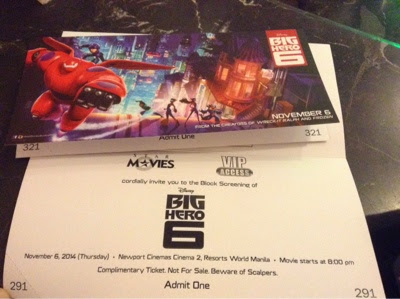 Yes, some things are lost in translation. Big Hero 6 is a film about 14-year-old boy named Hiro whose brother Tadashii (正しい, created a robot named "Baymax"  (ベイマックス). Baymax reminds me of the 80's Ghostbusters' Marshmallow Man because he's pleasantly plump being inflatable.

Tadashii (正しい) means correct, right, proper, fair, honest or truthful. That fits the character of the older brother. It follows a tradition in Japanese animation where the names tell us something about the characters. Other names used in the movie “Big Hero 6” are funny and given a specific reference (Wasabi), and then there’s the name of the bully at the very beginning. His name, Yama, fits his size since yama means mountain in Japanese. 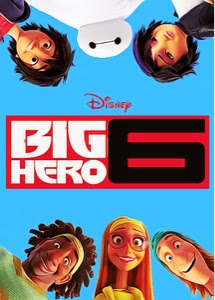 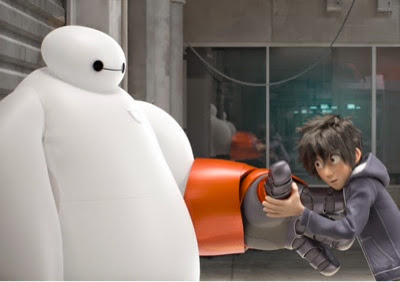 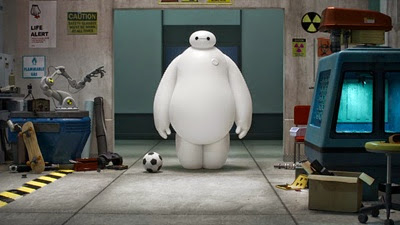 Kyle and I were able to relate well to the film because we found ourselves in the characters of Hiro and his Aunt. Personally, I could also relate with Baymax, especially on the part of being plump--that he can't run as fast, that it's quite difficult for him to squeeze himself, among many other stuff.

I loved the script. The dialogues were witty especially the ones which transpired between Hiro and Baymax. And there were also 'emotional moments' touching the hearts or emotions of the viewers as always--a well-known Disney trademark in all of their movies. In "Big Hero 6," there were three major 'teary-eyed moments' for the viewers: (Spoiler Alert! Please stop reading this post if you haven't seen the film yet or wouldn't want some spoilers) First, was when Hiro's brother Tadashi passed away because of the school fire, then when Hiro had found out the identity of the guy behind the mask who stole his Science microbots project. And lastly, when he had to let Baymax go in order to save Professor Callaghan's daughter inside the portal. 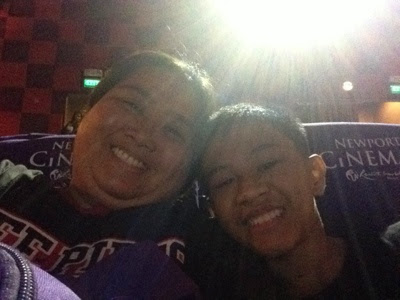 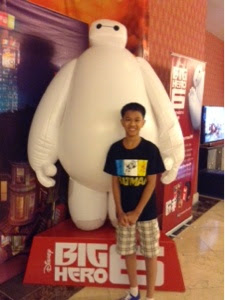 The film was visually pleasing with all the action-packed scenes as the six characters: Hiro, Baymax, Wasabi, et al runs after the mysterious guy in a mask which later turns out to be someone they really knew. Although I wouldn't recommend this to very young children. Perhaps, you've got to be at least 7-year-old and up to be able to comprehend, appreciate and enjoy "Big Hero 6."

In a nutshell, "Big Hero 6" is an affectionate tribute to the Japanese love of kawaii cuteness and provides us with a non-Caucasian hero leading a multicultural group in which even women can be badass cool. Surely, that’s a step in the right direction for Marvel, Disney and the world of superheroes.