Gender-based violence (GBV) or violence against women and girls (VAWG), is a global pandemic that affects 1 in 3 women in their lifetime.
The numbers are staggering:
Unfortunately, the Philippines is said to be one of the most dangerous places for women in Asia. Rape happens every 72 minutes, and at least 1 in 20 women aged  15 to 49 experienced sexual violence. Of all Filipinas who have been harassed, half of them took it and seemed to have accepted them as it is. It's such a grim that reality stories such as these are oftentimes ignored, ridiculed or discredited.

An initiative by the World Association of Girl Guides and Girl Scouts in partnership with Avon Philippines shows 16 Days of Activism where for 16 days, orange has been chosen as a symbol of a brighter future where women won't fear violence in their own homes, streets or online. The said color shows solidarity with women all around the globe. Avon is going orange across its social media platforms starting November 25 (UN's International Day for the Elimination of Violence against Women) to December 10 (Human Right's Day).

The country's leading non-invasive skin care center recently celebrated its 25th year anniversary with a Gatsby themed party held at the Cities Events Place in Quezon City. Known for its skin care, slimming and spa services for Filipinos, Bioessence started from a very humble town of Marfori in Davao City by a renowned dermatologist Dr. Emma Beleno back in 1994.

Here, let Dr. Emma Beleno share with you how her small skin care business started small and grew bigger  through all these years with her and her team's hardwork and perseverance. 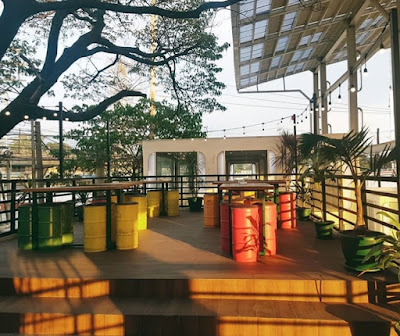 Lime Hut Katipunan may be able to transform itself from a cool coffee shop in the morning yet it could also be a great hangout spot that serves not just excellent cup of joes but also awesome cocktails and booze when the night comes. Lime Hut Katipunan indeed delivers a profoundly pleasurable experience at the Pop Up Katipunan in that corner of Xavierville Avenue. 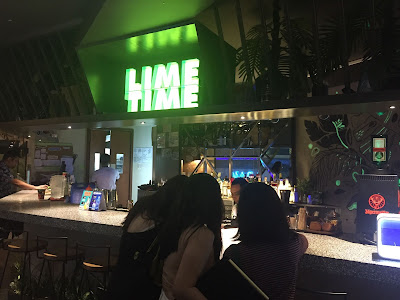 Owned by Poblacion's Pura Vida proprietor, Lime Hut is the perfect place to unwind after a long week's work. You can chill here with some friends on a Friday night out or have fun with your family. Even if you go here alone to have your "me-time" you're guaranteed to enjoy the chill cool vibe. Lime Hut's definitely got you covered. 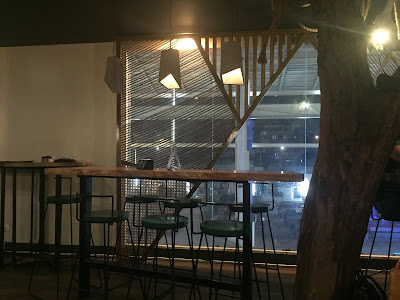 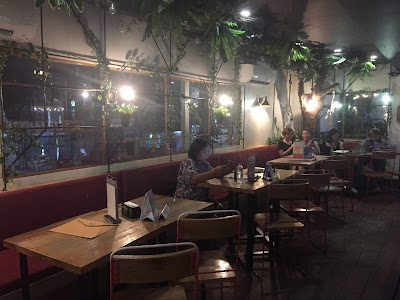 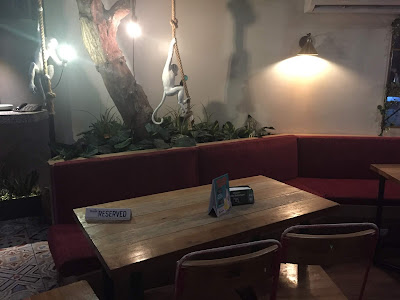 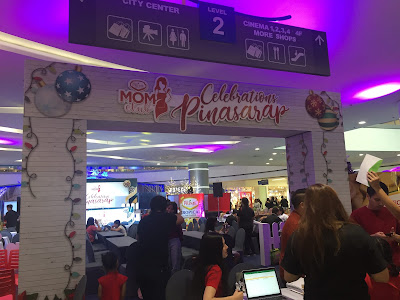 The Holiday Season is indeed fast approaching. We could already feel and see the festive vibe everywhere which will remind us of Christmas. And as moms, most of us feel pressured to make sure everything will be turning out okay with our household: from the Christmas decors to preparing the presents, all the way down to what kind of dishes do we prepare for Noche Buena as well as when unexpected visitors would come for a visit. Admittedly, the Christmas Season can be truly daunting for some of us. 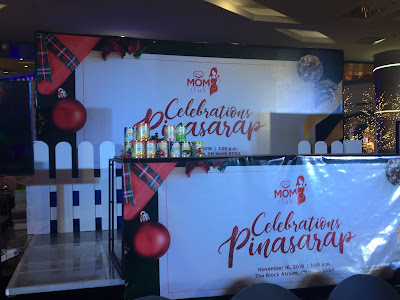 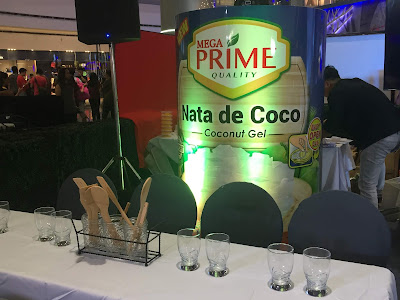 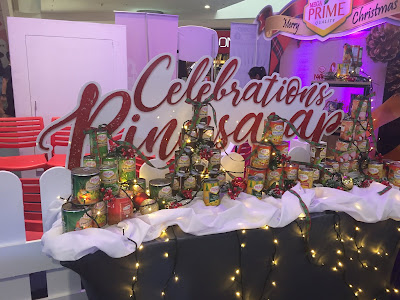 To empower moms, Mega Prime Quality recently held another exciting event for moms and their families by treating them to a special holiday workshop and other activities exclusively for Prime Mom Club members, bloggers and members of the media. The event was held at the SM The Block and it was well attended by home-makers and their respective families. The kids got the chance to meet and greet Santa where they also had photo opportunities with him at the Santa’s Corner. Their creativity and artistic inclinations were also exercised with the arts and crafts booth where they created holiday cards. 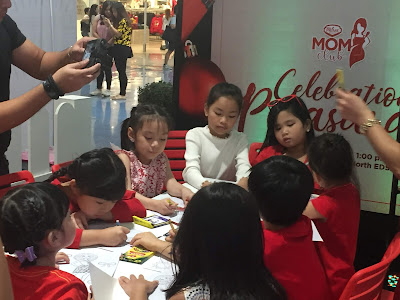 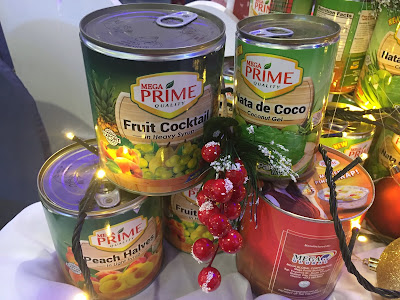 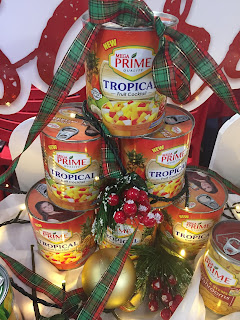 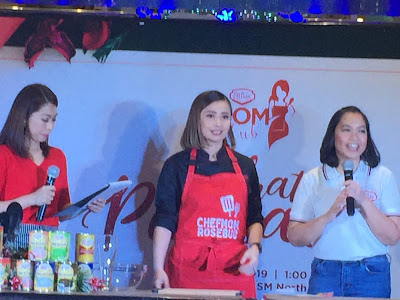 People who knew me personally can attest that I probably have one of the roughest dry hands you’ll ever touch. It’s been a problem for me since time immemorial the very reason why I hate holding other people’s hands during Sunday masses [when Catholics pray The Lord’s Prayer, we hold hands with strangers]. I tried using branded ones as well as unknown hand creams and skin lotions hoping my dry hands would be able to find something that would end my dry hands misery, but to no avail. That’s why I’m very fussy when it comes to the products I use as I hate anything that leaves you feeling greasy [as most lotion or hand creams would actually do], but at the same time, I want my dry hands to become moisturized without the greasy after feel.

I was recently given a product by my good friend Alma Rivera. She is a distributor of these products from this brand called Skin Can Tell. She said it was owned by a Filipina who works for ABS-CBN. Alma and I had crossed paths while we were both brainstormers for the said network’s concept development group way back in 2004. Anyway, going back to the product that Alma has been raving about, she gave me and my boyfriend, Jason sample mini tube sizes of Skin Can Tell Relief and Repair Lotion. The product claims to relieve stress and muscle aches, fights body acne problems and helps moisturize the skin.

The rise of e-cigarettes and RELX Technology

Electronic cigarettes, or e-cigarettes, are battery operated devices that heat a liquid to produce a vapor that users inhale.  They are designed to deliver nicotine and/or other chemicals via an aerosol vapor directly to your lungs (also referred to as vape or e-liquid nicotine). E-cigarettes do not generally contain tobacco and products vary in terms of ingredients and designs.
All e-cigarettes have three basic components: a battery, an atomizer and a fluid cartridge. The fluid used in e-cigarettes usually contains propylene glycol, glycerol, nicotine and added flavorings.

The use of electronic cigarettes has surged worldwide over the past decade, with the global market valued at US$10.3B in 2018 and expected to grow at a CAGR of 24.9% from 2019 to 2025 per multiple reports. Though there are several major players in the vaping industry, most of them owned by tobacco companies, one recent independent entrant, RELX Technology – pronounced “relax” – has stood out from the competition.

When one mentions the word Taiwan, the first thing that comes to mind would probably be having a milk tea, but mark my word, once you get hold of Monga—Taiwan’s number 1 fried chicken cutlet chain, you’d surely be craving for more and probably pair your favorite milk tea with this humongous chicken chops from Monga which incidentally recently opened its first Philippine store at the basement of SM Megamall [just across the food court, right beside the escalator in Mega A].

We have to thank the people behind the Vikings Group for being instrumental in bringing the goodness of Taiwan’s most popular chicken cutlet in the Philippine shore. Known for their line of buffet restaurants, The Vikings Group believes that Monga will also be patronized well by Filipinos who are naturally foodies at heart.


Monga is patterened after Taiwan’s night markets. Nono Chen, a renowned Taiwanese celebrity and Monga founder flew all the way from Taiwan to welcome Filipinos into the store opening for a full experience of the place down to its taste.

I’ve had experienced Monga myself and I’m telling you it’s not your typical boneless fried chicken. For one, it’s 2-inches thick fried chicken fillets which are marinated with honey, dipped in batter instead of the usual dry flour and then dried to perfection. It’s flavorful on its own [even the white meat alone] with or without its crispy skin. They offer more chicken cutlet choices, more daily steals, and some new drinks to try too. Be warned though: Monga’s chicken cutlets are big on size and big on flavor as well.

Dermcare, the popular Filipino-owned Professional Skin, Hair and Spa will be making history as it celebrates its 30th year in the aesthetics industry. From a very humble beginning of opening a pharmaceutical store on a 20 square meter space in Buendia, Taft in the early 80’s, Dermcare has grown through all these years into a skin clinic which also boasts of innovative products and services. Now Dermcare has expanded across the country nationwide, with 120 branches exclusively owned by the Dermcare Group of Companies spearheaded by its indefatigable President, Ms. Zenaida E. Palisoc, Dermcare has really gone far.

It has been Palisoc’s desire to use her business to help as many people as possible to become good and productive members of the society. She wants to empower Filipina women by providing them with livelihood.