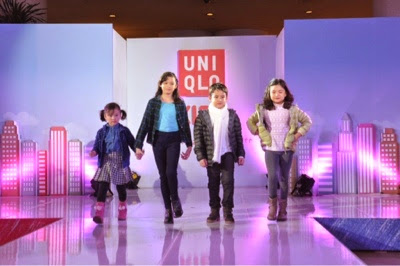 UNIQLO, Japan’s leading global apparel brand, unveiled its latest collection for the 2014 Fall/Winter season which also had its Kids and Babies expanded line-up during the  launching of its 17th store in the Philippines at the Power Plant Mall, Rockwell Center in Makati City last October 24, 2014. 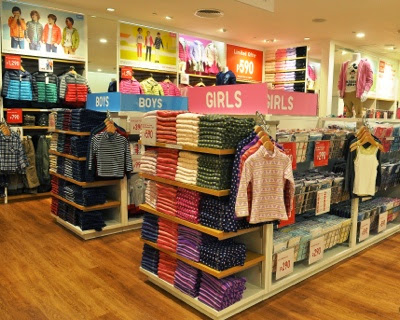 UNIQLO's new lineup, which believes that “kids should be free to be kids,” is centered on the idea that "kids should be allowed to be who they are--with the freedom to move, be comfortable and to simply be fun. All these ideas were incorporated in the design of the kids’ and babies’ clothes—freedom of movement, comfort, easier removal, fun designs and safety features to promote kids’ growth and health.

Among the special guests who enjoyed the fashion collection were Season 77 UAAP Most Valuable Player Kiefer Ravena of the Ateneo Blue Eagles, topnotch broadcaster Niña Corpuz, her husband Vince Rodriguez and their baby girl, editors and reporters from popular media entities, among others. 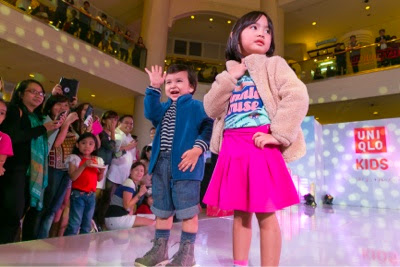 The highlights of the Uniqlo Kids Fashion Show 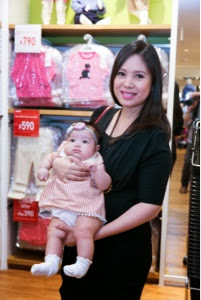 Another highlight of the Uniqlo store opening was the kids' mini-fashion show which was cheered by the guests and shoppers.

The choice of Power Plant Mall was made to serve primarily Makati City residents and other key areas south of Metro Manila. Makati City is the Philippines’ financial/business district with a growing reputation as an entertainment and lifestyle and makes it an ideal location for UNIQLO’s new store, which is envisioned to become a place for the family to shop for their clothes. Power Plant Mall is a top-of-mind choice for shopping and leisure activities, particularly among the most discerning shoppers and mall-goers.

The Philippines is the 12th branch country of Japan where UNIQLO has presence, after opening stores in the US, UK, France, Russia, China, South Korea, Hong Kong and Taiwan. UNIQLO also operates stores in other countries in Southeast Asia such as Thailand, Malaysia and Singapore. 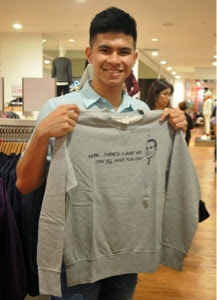 
UNIQLO is seen as an innovator in the global apparel industry because of its various product lines that are highly functional and of outstanding quality at an affordable price. This UNIQLO promotes through its latest global brand concept “LifeWear," which describes UNIQLO apparel as Clothes for a better life for everyone, every day.