Life a Year After My Ex Narcissist Left Me 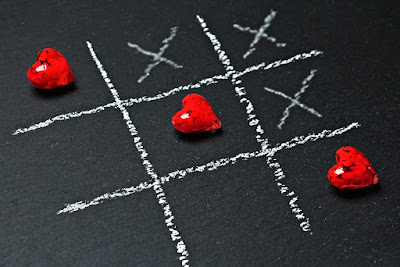 Time really has a way to make you forget things. I can't believe it's been a year since my ex boyfriend who was a narcissist has left me to get back together with his young 'trophy girlfriend' who's actually one of his main sources of 'supply'. If you ask my opinion, I'd say she's a perfect flying monkey for someone like him (who by the way actually looks like a monkey himself. LOL! :)

Friends would ask me now, how my life's been going on? I could answer anyone straight in the eye without batting an eyelash that yes, I've finally moved on.

I admit it had taken quite sometime before I finally did. But before the end of 2017, I made sure I've recovered well enough from that tragic and traumatic incident in my life. I call it traumatic because I've been abused and used. And I used to have this what they refer to as Stockholm Syndrome or Trauma Bonding where I would still yearn for him despite and inspite of all the bad things he's done to me. I only found out about such term and the condition itself upon research a few months after the separation. I began to question myself, like what was wrong with me? Why was I acting that way? Everything seemed so strange. It was easier to move on if the so-called "relationship" was a genuine one. But no, it was entirely different from my past relationships. It was me loving someone who never really existed in the first place. The "personality" he made to make me fall for him. In reality, after the masks had fallen, I began to understand what really transpired between us. It was just a game that he played so well.

Like a tic-tac-toe. He knew exactly what moves to make, and I was his 'willing' pawn. I had no idea back then that I was being manipulated, that he was trying to control everything in my life. And eventually, after I learned of his masks, he decided to walk away just like that while making it appear that he was 'betrayed' and he was the 'real victim.' That's when  I realized my ex was such a great con artist to begin with.

A relationship is all about bringing out the best in one another. But what if you're bringing out the worst in each other instead? If you are being put down or getting that feeling that you can't be yourself when you are around that person, then this might be a sign that you are in an unhappy and toxic relationship.

If he constantly talks about his ex-wife (or ex girlfriends) and would oftentimes compares you to her, there's a huge chance that your partner is still hung up over his last relationship.

The longer you are with a person the more you find out about them. You discover things that weren't apparent during your first dates like little quirks, mannerisms, etc. And if your partner can't accept who you are and tries to change you then maybe a break up is in order. You should always stay true to yourself and be happy with who you are.

A good relationship should be about supporting each other of the things they want to do—their passion, goals, and dreams in life. If your partner discourages you and stops you from pursuing what you want or if you find yourself being in a totally different page with him about the future, a reassessment of your relationship might be needed.

The point of being in a relationship is because you see yourself living the rest of your life with that person. If that's not how your partner sees it, then what is it that you're in a relationship? Just for fun? For experience? For mere companionship?

When there's more bad memories than good, don't you think that says a lot already? Being in a relationship should be something that makes you feel happy and loved. Something that makes you smile, laugh, and feel butterflies, not something that constantly makes you feel hurt or upset.  Sure there will be fights and misunderstandings along the way but that should be nothing compared to the moments of bliss and euphoria. Simply put it, if you're not happy anymore, take that as a big, red, waving flag in front of your face to end the relationship ASAP. Do yourself a favor. Don't prolong it anymore. Take the first step and free yourself. You deserve so much more, honey. Believe me. Been there done that.

Now let's go back to my personal healing and recovery. How was I able to move on? It wasn't easy. I found myself almost self destructive a couple of months ago. I tried dating other men who I knew weren't even serious with me to begin with. I even got myself entangled into a woven of mess when I got involved with someone who leads a very complicated life--someone who does not deserve someone like me--but I again allowed him to use and abuse me (Yeah, I could see you shake your head, I thought I never really learned my lesson too.) That guy was a professional hustler to begin with. He never really cared about women--again, a typical narcissist. But one thing he's able to do--he made me realize my worth. He made me realize I'm not a loser as my ex narcissist had made it appear. And it isn't too late yet to do something about it.

I was able to gain back my lost confidence. I may be single now, but I am genuinely happy. Even happier than when I was still with my ex narc. I still wish that the right guy would eventually come into my life. But I won't have to beg for him or settle to any guy for that matter. I even said to one of the guys I used to date that I don't buy any of those BS that he's been telling me. I may be frank but at least, I'm real. I don't have to use any mask just so people would like me or admire me. I'm real, I get hurt, I fall in love crazy, alright. But I get up each time. And I guess that's what matters most. Being real, being true and knowing when to rise up again after each fall. Because life is all about making memories, regardless if it's a good one or a bad one. Such untoward incidents in life makes us tougher, smarter and more human. It is all part of growing up in this game called life.

So when you see me around smiling, believe it. It is true. I have finally move on and now happily back to being single.