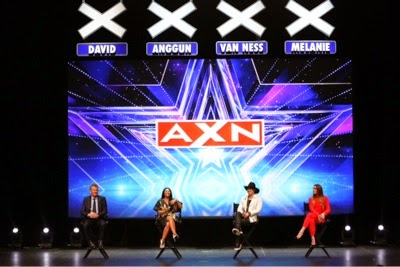 AXN announces today that “Asia’s Got Talent” is set to premiere first on AXN on 12 March 2015, airing on Thursdays at 8.05pm (SG, MY, PH, HK) / 7.05pm (JKT, BKK). The series is the biggest talent competition in the world featuring some of the region’s most incredible performing artists as they compete to take home the coveted winning title. 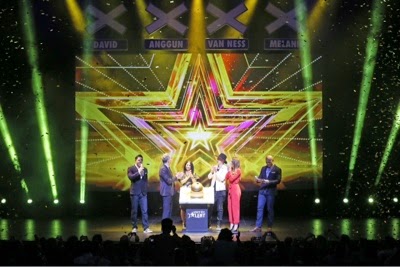 “Asia’s Got Talent” is the 63rd adaptation of the Guinness-World-Record-breaking hit “Got Talent” format, which was created by Simon Cowell’s Syco Entertainment and is co-produced by FremantleMedia. The “Got Talent” format is officially the most successful reality TV format in history and currently airs in 186 countries. Hui Keng Ang, Senior Vice President and General Manager, Sony Pictures Television Networks, Asia said, “‘Asia’s Got Talent’ is a milestone made-in-Asia original production that reinforces SPT Networks, Asia’s position as a leader of original, local content in our region. With a stellar judging panel as well as some of the most spectacular acts from our region, ‘Asia’s Got Talent’ is a top quality production that will thrill Asia.”

Mr George Tanasijevich, Marina Bay Sands’ President and Chief Executive Officer said: “Marina Bay Sands is proud to be the premier partner for the inaugural Asia’s Got Talent. The ‘Got Talent’ series has earned multiple accolades across the globe entertaining millions of viewers. The multi-tiered entertainment strategy that we have adopted at Marina Bay Sands offers our guests an exciting range of unique events ranging from concerts, Broadway musicals, movie premieres and award shows. As the venue for the semi-finals and finals for the show, Marina Bay Sands will be the platform where a deserving act will be launched into stardom. Our participation adds yet another dimension to Marina Bay Sands, showcasing the endless entertainment possibilities we offer. ” 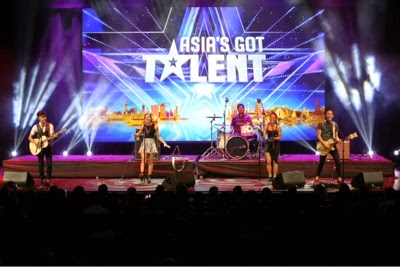 From thousands of applicants from 15 territories across Asia, the four judges must select the most
jaw-dropping, mind-blowing and breath-taking performances. Those who advance to the semi-finals will face an even tougher judge, the AXN audience at home who will decide the winner of the first season of “Asia’s Got Talent”.
Adding to the excitement, the semi-finals and finale will be held at the iconic Marina Bay Sands. Prizes worth up to US$100,000 are at stake, along with the opportunity for the winner to return and perform at Asia’s leading entertainment destination.
Supporting the judges are Marc Nelson and Rovilson Fernandez as hosts of “Asia’s Got Talent”. Marc and Rovilson are familiar to AXN audiences as contestants of “The Amazing Race Asia Season 2” and hosts of the talk show “The Duke”
. 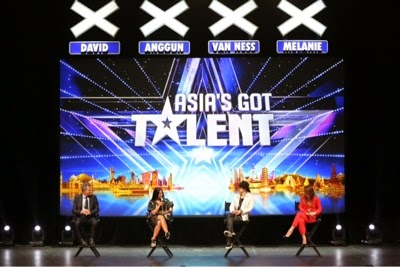 For more info, please log on to www.AXNAsia.com/AsiasGotTalent
Posted by Vance M. Ramos at 6:08 PM