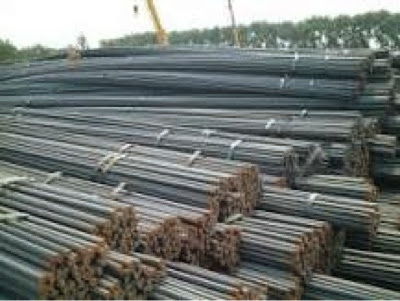 It is incongruous that any development is accompanied by environmental degradation. In man's quest for wealth and comforts, man would ignore Nature's law and thus disturbed a number of natural cycles resulting in environmental pollution and health hazards. What will you do if one day a small town known for its irrigated prime agricultural land would be subjected to go against a planned construction of a rebar plant that would further lead not just plain environmental degradation but health problems as well? This my friend is exactly what's going on in Barangay Parulan, Plaridel, Bulacan. We were able to interview the leader of Kalikasang Dalisay para sa Mamamayan ng Plaridel (KADAMAY PLARIDEL) who has filed an opposition paper with the DENR regarding against Steel Asia. Steel Asia has partnered with Asian Land, owner of Grand Industrial Estate is planning to build a plant in their town which will also impart scrap iron and will produce substantial gas and dust emission, not to mention toxic waste. There is a strong opposition from the community because the selected site is not licensed to host heavy polluting industry plus the fact that the community's health will be at risk. The proposed site is technically and legally not suitable as rebar plant site. It is surrounded by big communities in Parulan, Banga  I and II, Tabang, Bintog, Poblacion and even Sto. Cristo in the neighboring town of Pulilan. There is not enough buffer area to shield the local communities from gas and dust emission.  Since the proposed area is an irrigated prime agricultural land, it is also non-negotiable for industrial conversion as mandated under RA 6657 and RA 9700 (the Comprehensive Agrarian Reform Laws). 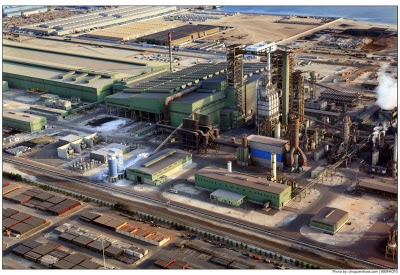 It is not even registered industrial area under Philippine Economic Zone Authority (PEZA). Based on his recent press release, the Department of Agriculture Secretary stated that all transactions involving illegally converted agricultural land under the Comprehensive Agrarian Reform Program (CARP) are null and void. They should also stop their so-called "free training program" while they are still in the process of applying for Environmental Compliance Certificate from the Department of Environment and Natural Resources (DENR).

Plaridel, Bulacan is only allowed to host light to medium non-polluting agro-industries. The proposed Steel Asia rebar plant has 1,200,000 MTPY output is considered heavy polluting industry. There is also a possibility based on its development plans that Steel Asia will revive its integrated scrap iron to rebar plant. The usage of poorly sorted and dusty scrap iron is dangerous to human's health. It may take sometime before health problems will be noticed but it will eventually take its toll on humans living in the said community, in Plaridel particularly. 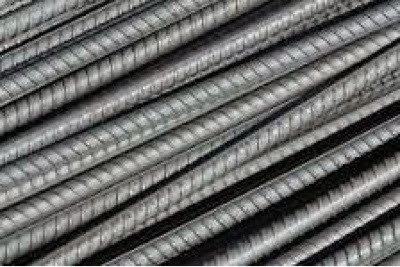 There are various ways by which an industrial development plant such as Steel Asia and its spread can be one of the major causes of pollution. It pollutes the air by releasing smell, smoke, fumes and dust in air, by discharging emissions from bunker fuels not realizing many injurious gases like sulphuric dioxide, nitrous oxide, carbon monoxide, chlorine, etc. All of these further leads to environmental degradation. These affects the three basic amenities of life, air, water and land and this has serious repercussions on health. Environmental pollution and health hazards are hand in glove with each other. To check these major efforts is required on the part of the administration and the citizens. 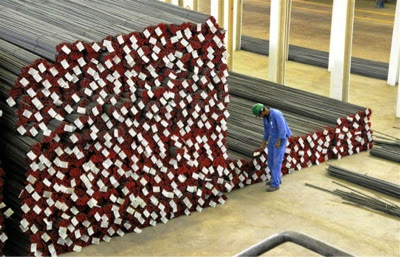 Steel Asia's rebar plant will require 149 thousand liters of bunker fuels which is equivalent to 8 truckloads a day. The emission will produce smog and acid rain causing rooftops to corrode early if chimney is not high enough. On the other hand, water up to 1,000 cubic meter per day will also be required for cooling the heated bars from the said planned rebar plant. This can deplete the local water reservoir and thus deprive the community of their precious water supply specifically during the height of the summer months.

Moreover, noise pollution is another serious threat to the environment. Endless noise produced by handling rebars generate extremely high sound level (up to 110 dB near the source which can cause immediate permanent damage to human ears in the absence of proper sound barrier and sufficient buffer area. Such loud noise damages the ear drum even permanently if it is continuous and of a high intensity. It produces fatigue, headache, tension and nausea. The roller mill lubricating oil drippings when not properly covered will pollute the nearby rice lands.

'Environmental Pollution' encompasses the terms Environment and Pollution. Environment according to the Dictionary of Biology is the complete range of external conditions under which an organism lives including physical, chemical and biological factors such as temperature, light and the availability of food and water.

Pollution which literally means to make or render unclean is an undesirable change in the physical, chemical and biological characteristics of the land, air or water that harmfully effect human life or that of the desirable species. The sources of air pollution are: the Industrial pollutants released into the air from the chimneys of industrial units and power houses namely, sulphuric dioxide, carbon dioxide, carbon monoxide, hydrogen sulphide, chlorine, nitrous oxide, arsenic. Zone, ash and an endless number of metal particles and gases; domestic pollutants from fossil fuels burnt by man.

Air, water and land are the three basic amenities of life. Increase in population coupled with industrialization and urbanization has led to the contamination of these amenities with undesirable and harmful substances leading to health hazards.

In short, there is an urgent need for increasing public awareness for the conservation of environment. That's why we must be vigilant with the effects of industrialization because we only have one mother Earth, one country and community.

Photo Credits: Photos were taken from the Internet
Posted by Vance M. Ramos at 5:18 PM