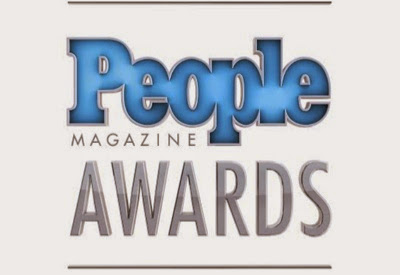 – RTL CBS Entertainment HD will air the inaugural The PEOPLE Magazine Awards LIVE VIA SATELLITE on December 19 at 10:00am (9:00am JKT/BKK).  The two-hour star-studded special will include appearances by the world’s top celebrities including Jennifer Aniston, Kevin Hart, Kate Hudson, Michael Keaton and Jennifer Lopez, among others. The ceremonies will include performances from 5 Seconds of Summer and Maroon 5.

PEOPLE Magazine is the world’s most popular magazine and celebrity brand reaching more than 59 million consumers each week.   The PEOPLE Magazine Awards is a celebration and recognition of the year’s most influential and talked-about people in pop culture, celebrity and Hollywood that have fuelled the conversations around the world.

The PEOPLE Magazine Awards will bestow an assortment of newly-created top honours capturing the year in pop culture, including the Biggest Phenomenon of 2014 and the show’s top honour of the night given to the year’s Most Popular Person.  Awards in other categories include the Most Stylish Person, Funniest Person, Sexiest Woman of 2014 and more.
The PEOPLE Magazine Awards is produced by dick clark productions. Allen Shapiro, Mike Mahan, Barry Adelman from dick clark productions are Executive Producers, along with Carol Donovan and Michael Dempsey.

About RTL CBS Entertainment HD
Launched in Asia in 2013, RTL CBS Entertainment HD is the first channel of RTL CBS Asia Entertainment Network, the joint venture formed by world leading content producers, RTL Group and CBS Studios International.  A general entertainment channel, it offers a balanced mix of reality, drama, comedy and daily programmes and features exclusive first run content aired soon after the initial US broadcast including series Scorpion, The Millers, Under The Dome, Elementary, House of Cards and Beauty and the Beast; talent competitions America’s Got Talent and The X Factor UK; and daily shows Entertainment Tonight, The Insider and Late Show with David Letterman.

About PEOPLE
Time Inc.’s PEOPLE revolutionized personality journalism in 1974. Each week, the PEOPLE brand brings more than 59 million consumers the latest news, exclusive interviews and in-depth reporting on the most compelling people of our time.  In addition to unparalleled access to the entertainment community, the stories of real-life “Heroes Among Us” remain an essential component of PEOPLE’s editorial approach.  PEOPLE.com is the premier web destination for celebrity news, photos, style and entertainment coverage. With reporters across the globe, PEOPLE is headquartered in New York City.  For more information visit www.PEOPLE.com.
Posted by Vance M. Ramos at 11:48 PM