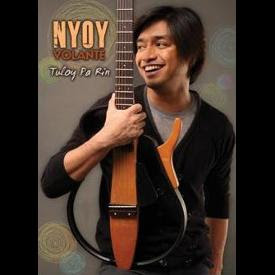 Multi-faceted recording artist and popular King of Acoustic Pop, Nyoy Volante recently released his latest album, “Tuloy Pa Rin” which is composed of all-Filipino songs dedicated to support the Original Pilipino Music under MCA Music. “I love OPM. Everyone does. I’ve had an all OPM album before, but this time I was really set to do it all Tagalog,” said Nyoy.

During a bloggers’ conference, Nyoy mentioned that although the said album was conceptualized as early last year, since he had played an important role in the musical play Rock of Ages, which had eaten most of his time, it’s only now that his album’s been released. Unknown to many, Nyoy’s very hands-on when it comes to making his album. Starting from the scratch to conceptualization, the selection of songs to pre-and post-production as well as creating the music videos, all the way to promotion of his album. “I’m very happy that I’m given the freedom to choose the songs included in my albums. I was able to try different genres in the course of my eight albums since I started going solo in the music industry,” shares Nyoy.  And he’s glad how his new album has turned out. 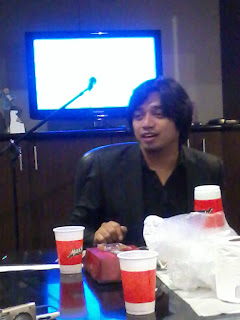 “I get a different high arranging revival songs because I am challenged to come up with something else and making them come out fresh. Hopefully, one day I dream of being like Maestro Ryan Cayabyab,” Nyoy reveals. Through the years, Nyoy’s singing became more confident, passionate and shows maturity in terms of musicality as evident in his latest album.  “Here, (in the new album) we have drums now and piano plus distortion guitars, before I did percussions and beat box,” Nyoy added. 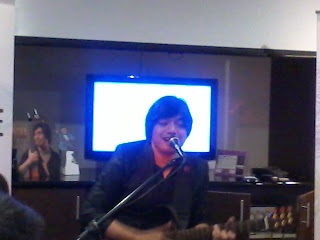 Nyoy also showcases his original compositions in the album via songs like “Pikit” and “Miss Kita”. “I really like “Pikit”, I find myself randomly singing this song all the time while ‘Miss Kita’ was intended to be a sweet love song but somehow turned out to be a pop jazz number,” Nyoy added. 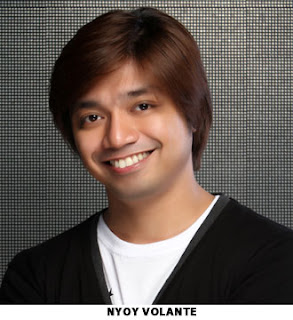 Nyoy personally chose ‘Ipagpatawad Mo’ and “Bakit Ba Ganyan’ on his album. “It was something I cherished as a kid. Apart from being a VST fan, it’s so easy to listen to.”

Nyoy is so grateful to MCA Music Artist Management for all the wonderful blessings coming his way. He’s able to show more of his talents as well as other sides of him that aren’t known by the public. He’s given the opportunity to further explore his talents: aside from being a singer, musician and songwriter, he’s also an arranger, producer, painter, entrepreneur, actor and video director.

Nyoy isn’t someone who rests on his laurels. He continues to improve and hone his craft. He admires the likes of newcomer Bugoy Drilon, Jay Durias (of South Border), Gary Valenciano, Martin Nievera, Regine Velasquez, Bryan Adams, Metallica, The Eagles, and Paul McCartney. But he dreams of one day collaborating with his idol or maybe singing along side on stage with Jason Mraz.

If given the chance, he looks forward to performing with his old group, The Manos, his contemporaries MYMP, Jimmy Bondoc, Paolo Santos and the like. “One day, I’d like to perform and jam with these guys again,” says Nyoy.

Nyoy’s message to his fans: “You are the reason we matter in this industry. Please continue to support us. Thank you so much. Hope you guys can buy a copy of my latest album, “Tuloy Pa Rin” under MCA Music, now out in CDs, it is also available online via iTunes. Mabuhay kayo! Mabuhay ang OPM!”

Listen to Nyoy's version of Bukas Na Lang Kita Mamahalin via this video:

Purple Plum Fairy thanks Mc Richard Paglicawan for the invite.