Why should the millenials vote for Mar Roxas and Leni Robredo? 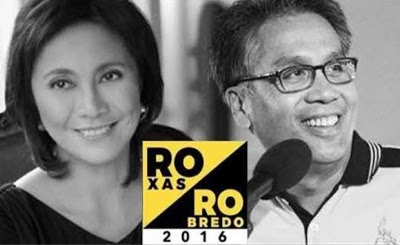 Perhaps millenials may not know who they should vote for this coming 2016 elections. So allow me to introduce to you LP presidentiable Mar Roxas and his running-mate Leni Robredo. And why you should vote for these two? Here are their credentials and see for yourself why do I think both deserve to have  two of the highest positions in this country. Read on...
Coming from the family of politicians, Manuel Araneta Roxas III is the flag bearer of the Liberal Party for the 2016 Presidential Election. 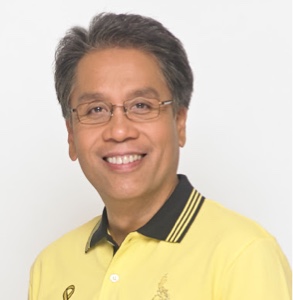 More popularly known as Mar Roxas, he is the son of former Senator Gerry Roxas and the grandson of former President Manuel Roxas. He spent his primary and secondary education at one of the most prestigious schools in the country, the Ateneo de Manila University. He also tucked up his Economics degree at the Wharton School of Economics, University of Pennsylvania in 1979.

For seven years, he worked as an investment banker in the Big Apple and rose to become the assistant vice president of the New York-based Allen and Company. He returned to the country in 1985 to campaign and support then former President Corazon Aquino.
Mar Roxas first showed his interest in politics when his younger brother Dinggoy, then a District 1 Representative of Capiz passed away and succumbed to cancer in 1993. Roxas ran in a special election to make him eligible to fill up his brother's vacated position and won. He also became the Majority Leader of the House of Representatives. 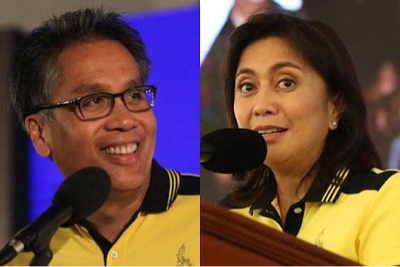 It was also during his term as the Department of Trade and Industry (DTI) Secretary for four years from 2000-2003 that the monicker "Mr. Palengke" (market) came about. As the basic unit of economy and the root of progress, his advocacies was not only consumer welfare and protection but also sound trade and investment policies, particularly SME development.
Roxas also made quality education as his priority. His commitment to quality education was further intensified through the Personal Computers for Public Schools (PCPS) Program, which distributed over 30,000 computers to 2,000 public high schools all over the Philippines.
He launched “Make IT Philippines” and organized the first IT-enabled services (ITES) to the United States which led to the biggest global industry names to invest in the Philippines. He spearheaded the establishment of high-technology industry centers and the promotion of the business process outsourcing (BPO) market in the Philippines, particularly call center operations.
Roxas also pushed for MSME development through SULONG (SMEs Unified Lending Opportunities for National Growth) Program, which granted almost P26.7 billion on low-interest loans to 281,229 SMEs on its initial year.
During his term as the DTI chief, Roxas also promoted the Tamang Timbang, Tamang Presyo (Right Scale, Right Price), the Presyong Tama, Gamot Pampamilya (Right Price, Family Medicine) to make affordable and quality medicine accessible to Filipinos, and other programs such as Pinoy Pandesal and Palengke ng Bayan, among others. These programs promoted supply chain opportunities and long-term gains for Filipino SMEs.
In 2004, Roxas was elected senator, garnering the highest votes in the Philippine election history. As a senator, Mar has filed numerous bills and resolutions. These include:
Roxas also replaced former Department of Interior and Local Government secretary, the late Jessie Robredo after he passed away from a tragic plane crash in the year 2012.
With such numerous achievements, it's hard to ignore the stellar leadership reputation of Mar Roxas. We need to find a national leader who has the best combination of the three strengths: cojones, competence and compassion. Most of all, the leader should be a tram builder because he should put together a team where the combination of strengths in the team offset the weaknesses. He should also be someone who can address the various communities within the nation and slowly form a national sense of community, overcoming the distrust among them. 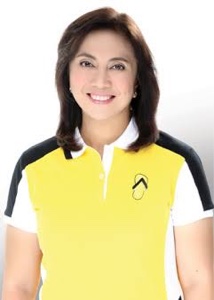 Now, what about his running mate, Vice Presidentiable Leni Robredo?

According to former President Corazon Aquino's daughter, Viel Dee, she believes that Vice Presidentiable and Camarines Sur Representative  Leni Robredo is sort of "Cory Part 2." There are similarities between her mother and Leni. Both are widows, they carried on the cause of their husbands at great personal sacrifice. To which Robredo says, " There can only be one Cory Aquino, but coming from you (Viel), I am truly honored."

So who exactly is Leni Robredo? She is not one who will mow you down with fiery speeches and promises and wouldn't flood you with political ambition. Instead, Robredo is a gentle presence but leaves such a great impact. An articulate lawyer, she is very conscious about serving people in the grassroots and in the margins of society--she spent all her weekends as congresswoman going in far-flung, underserved barrios in her province. In fact, she had been helping her kababayans  as a practicing lawyer whose focused on cases involving the marginalized sector. She is connected with the Naga chapter of Sentro ng Alternatibong Lingap Pang Legal (Saligan), a national alternative lawyers’ group helping farmers. She founded Lakas ng Kababaihan ng Naga, was the past president of the Naga City Council for Women, and a member of Federacion International de Abogados. She also worked with the Public Attorney's Office.

If she wasn't thrust into politics in 2013, Robredo could have been a regional trial court judge. Before her husband's death, she had been shortlisted to become presiding judge in any of 3 regional trial courts (RTCs) in the Bicol region as sue was set to follow her father's footsteps, the late Antonio Herona Sr, who was an RTC judge in Naga City. Leni withdrew her nomination when husband Jessie died. She then applied as judge for any Quezon City regional trial court so she could be with her daughters but her plans were derailed because she had to run for Congress  in the 3rd district of Camarines Sur.

And get this, when she was asked in an interview that if she were elected Vice President, and e new President would ask her if she wanted a Cabinet portfolio, she said that she would request an anti-poverty assignment, even if it were a task force and not a department. "Because of my background, I see things from the point of view of the people on the ground," she said.
Robredo said she is prepared for all the difficulties and frustrations of government service. She's had her share as a legislator, and saw them herself during the stint of her late husband Jessie as the DILG chief and that was no piece of cake. "Not everyone is called to serve. No matter how small the role you're given, it is still an opportunity to make a difference. So whatever is given to me I will do my best to do it," says Robredo. 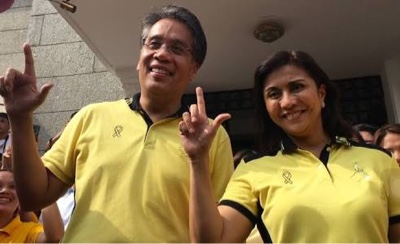 If you ask me, it's up to the Filpinos if they'd want Mar and Leni to continue the tuwid na landas or opt for another person. But for me, with such achievements and coming from a good family background (without any corruption nor citizenship issues etc.), Mar and Leni will be the right choice for the country's next president and vice president respectively.