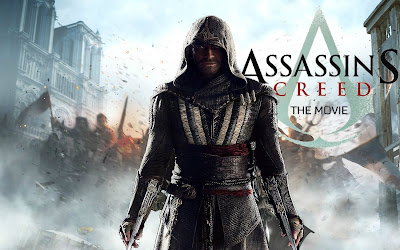 By shooting on location, the studio is able to recreate the sets from the film at an extremely high quality level, using massive textures and complex geometry captured in places like Malta, Spain, and London.

“Creating such a complex and immersive experience in virtual reality demands an incredible amount of compute power. We asked AMD for their new AMD Radeon™ Pro Duo, which isn't just a fast video card - it's engineered from the bottom up with VR in mind. Features unique to AMD Radeon™ graphics such as asynchronous compute and LiquidVR™ technology are the actual difference between VR being good and VR being great,” said Matthew Lewis, president of Practical Magic VR and director of VR experiences, Practical Magic. “We're using the AMD Radeon Pro Duo and LiquidVR™ technology across the entire production of ASSASSIN'S CREED VR, and soon you'll understand why. To enable high end virtual reality experiences requires deep collaboration between creativity and technology, and AMD is helping Practical Magic push the boundaries of possibility in VR.” 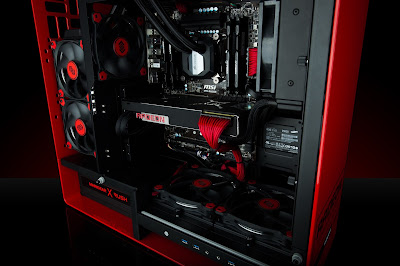 “Virtual reality is here to stay. As AMD is strategically expanding its technological leadership in this emerging field, partnerships with leading VR content creators is crucial,” said Roy Taylor, corporate vice president, content and alliances, AMD. “In bringing the compute horsepower and the tools required for the creators of the ASSASSIN’S CREED VR experience, AMD is setting up to be a formidable force among world-class film and VR production studios.”


“20th Century Fox and New Regency are thrilled to partner with AMD on this movie based live action ASSASSIN’S CREED VR experience that will allow fans and moviegoers to live out moments from our film,” said Zachary Eller, Senior Vice President, 20th Century Fox.  “AMD’s technology and marketing prowess will help to make sure we have an extremely high quality experience that reaches as many people as possible.”

Announced earlier this week at Capsaicin, the AMD Radeon™ Pro Duo GPU featuring the AMD LiquidVR™ SDK is the world’s most powerful platform for VR1, with an astonishing 16 TFLOPS of compute performance, straddling the worlds of both content creation and consumption. Together with AMD LiquidVR™ technology, AMD enables rich and immersive VR experiences by simplifying and optimizing VR content creation, by creating a sense of “presence”.


For more than 45 years, AMD has driven innovation in high-performance computing, graphics, and visualization technologies ― the building blocks for gaming, immersive platforms, and the datacenter. Hundreds of millions of consumers, leading Fortune 500 businesses, and cutting-edge scientific research facilities around the world rely on AMD technology daily to improve how they live, work, and play. AMD employees around the world are focused on building great products that push the boundaries of what is possible. For more information about how AMD is enabling today and inspiring tomorrow, visit the AMD (NASDAQ: AMD) website, blog, Facebook and Twitter pages.

About the ASSASSIN’S CREED movie

Through a revolutionary technology that unlocks his genetic memories, Callum Lynch (Michael Fassbender) experiences the adventures of his ancestor, Aguilar, in 15th Century Spain.  Callum discovers he is descended from a mysterious secret society, the Assassins, and amasses incredible knowledge and skills to take on the oppressive and powerful Templar organization in the present day.