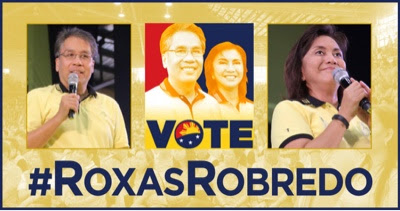 What are the qualities of your presidential bet? What makes a president a great leader? The presidents were great leaders because they knew how to guide and to inspire the Filipino People. The great presidents had leadership qualities such as possessing persistence, having resilience through education, demanding excellence, having sympathy or compassion, communicating and informing people, being decisive, developing esteem, having nerve or courage, practicing team leadership and finally sharing a vision. All these great qualities as leaders will transform a vision into reality. 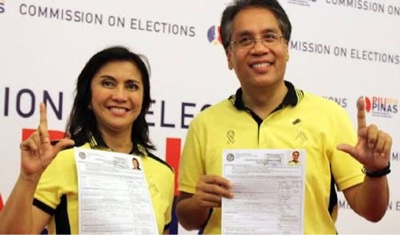 Just like what beloved parents, our country needs responsible leaders as parents of the nation. So what exactly is the role of a parent?  The parents’ roles are of the maximum importance for personality development of the children. Parents provide the foundational role of support, nurturance, and guidance for their children.  That role includes the fundamental right to direct the child’s upbringing.  It is essential that society support parents by respecting their natural right and present legal authority to make decisions for their children, including educational and medical decisions.  They need to provide a safe, nurturing and supportive environment that allows the children to grow healthy. For an optimal development, children need: adequate physical home environment; a tolerant and positive atmosphere; conditions for positive changes and improvements; opportunities to explore and experiment in his environment; consistent routine; etc.

The President of the country has five major roles which include being the Commander in Chief, Chief Diplomat, Chief Executive, Legislative Leader, and the Opinion/Party leader. The Commander in Chief is the role with the most power, it is the most visible role, and it commands the most respect from other institutions of government. The Commander in Chief is the nations highest military leader. Just like what the father does, we need someone who must be able to lead the country well. Liberal Party standard-bearer Mar Roxas is my personal bet. A great leader, Roxas held his ground  and made sure his presence was felt by his fellowmen during the toughest time in our nation's history during the typhoon Yolanda (international name:   Haiyan). He also stood up for what he believed in.

For a president to be successful, he needs to be ambitious. Also, the most successful presidents tend to be hard working and persistent. Presidents who succeed set ambitious goals for themselves and move heaven and earth to meet them. Roxas is a hard-working man and had his plans laid out for the betterment of this country. Mar Roxas’ platform of government for 2016 presidential elections will be a platform of ‘continuity’ from the administration's "daang matuwid."
According to Roxas, his plans will include the following:
I actually find Secretary Mar Roxas to be a fascinating individual to assess as a presidential candidate. He is liked for his loyalty and dedication to the Philippines, liked for his honesty and earnest work, disliked by association with President Aquino, disliked for being rich, well-educated and gifted with an easy path to success, ridiculed for various photo-ops, and generally ignored by most of the population. His poll evaluations are on the low side and we get the sense he is on the cusp of taking off, or dropping off the face of the election map. 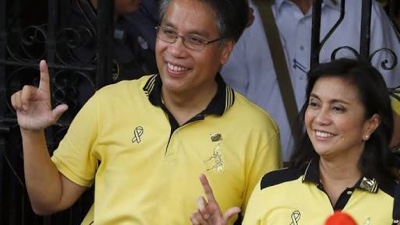 I'd like think Secretary Roxas is going to run, because he has waited six years for the said privilege. Remember how he gave way for outgoing president Benigno Simeon "Noynoy" Aquino to run for presidency? Roxas is a veteran who has been through the wars. We know his loyalty to the Philippines and dedication to the job.

Senator Poe remains a newbie, unchallenged, untested by trial. Where is her loyalty? For someone who hasn't even proven herself a Filipino, why would you risk your future and that of the nation with someone like her? Stability is very, very important to the nation right now. Turmoil would be a disaster. No other prospective candidate has the talent, character and intellectual wisdom that is important to the top job. 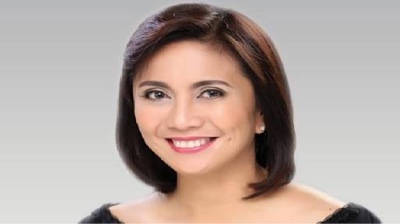 If we have a father in Mar Roxas,  we need a mother for our nation too. That's where Camarines Sur Representative Leni Robredo comes in.
Why Leni?
Maria Leonor “Leni” Robredo has always been identified with the Aquino administration. Her husband, the late DILG Secretary Jessie Robredo was a  good friend of Roxas, ran the first phase of Aquino's presidential campaign. She is also a staunch supporter of the peace process with the MILF.
The race to 2016 for vice president is unprecedented in the country's history. At least six lawmakers have signified their intention to run for the post. Leading political observers to note there seems to be more at stake this time for the second highest position. As the not female contender for the country's second highest position, Robredo
Prior to entering politics, Robredo was working for SALIGAN, an organization for an alternative lawyer services offering their legal services and expertise to the poor and marginalized sectors especially in the far-fling communities in the provinces.
Supporters of Roxas see Robredo as the embodiment of the government’s “Daang Matuwid,” or its transparency, good governance, and anti-corruption platform.
The late Jesse Robredo is remembered for his work in Naga City, where he introduced reforms that turned the city from a laggard to among the most distinguished in the country.
Prior to joining politics, Leni Robredo was a lawyer who took on cases for the city’s poor. This is among the reasons, Roxas said in a past interview, why she is among his choices for vice president. 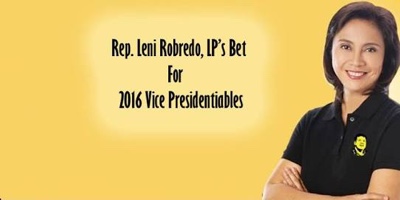 “She (Robredo) has the experience, she’s a lawyer. When she was a lawyer, she didn’t use her knowledge to represent companies. Instead, she helped people from Naga and she was a lawyer for the poor, those who could not afford legal representation. When it comes to helping our countrymen, her track record is well established,” Roxas said.
So have you guys made up your mind? I'd definitely go for #MarLeni #RoxasRobredo team. They both have genuine heart to serve the Filipinos and no question about it, they're not going to be corrupt officials.
To be updated with the #RoxasRobredo team, please follow them on their social media accounts:
Bayang Matuwid’s site: www.bayangmatuwid.org/
Facebook page: www.facebook.com/BayangMatuwid/
Twitter: @BayangMatuwid
IG: @BayangMatuwid