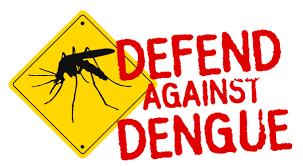 I honestly didn’t know anything about dengue until I came down with the said illness one unfortunate holiday about six years ago. At the time, I wasn’t really concerned about mosquitoes nor dengue fever itself until I started to experience the symptoms myself. It started off as a mild headache and then fever that never seemed to go away. I also didn’t know I had a rash of tiny red spots over my legs because during my illness, I was wearing my pajamas all the time. The fever was awful but the worst thing was the headache. It was the worst headache I’d ever had, like torture. Painkillers didn’t have any effect and it was worse when I tried to sleep. So I got no sleep at all, which was so horrible. I suffered for three nights before I sought medical help. 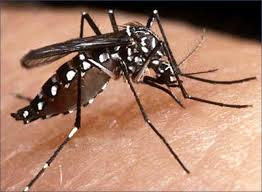 The doctors gave me the usual lab and blood tests. At first, they were unable to confirm the dengue virus, in fact according to the first diagnosis what I had was simply urinary track infection. They told me to come back in two days if I wasn’t feeling better and that I take paracetamol. And then later on, the tests did confirmed it was dengue. Luckily, I didn’t have any dangerous complications. The thing with me was I didn’t want to be confined in a hospital. (This isn't something I'd really recommend, okay. But this is my personal choice.)So I signed a waiver instead and promised my physician I’d closely be monitored by my mother. There were only three reminders for me to bear in mind: 1. I need to drink a lot of water. And when I say tons and gallons of water, I really meant a LOT! 2. I need to have a full rest. 3. Last but not the least, I had to make sure that when something bleeds (i.e. my gums ), I’d have to rush myself to the ER. 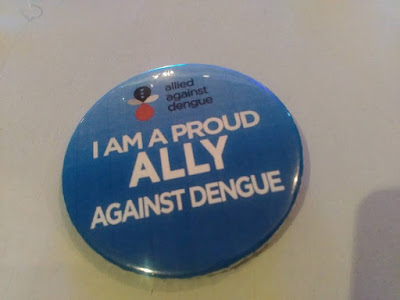 A few days after that, I started feeling a lot better. Doctors said my fever had peaked and the worst was over. But I was incredibly weak for weeks afterwards. It took a while for me to recover. After such horrible experience, I’ll never be casual about bite protection again.

I wouldn’t ever want to repeat the experience of having dengue. I wish I’d known more about dengue. The real fear seemed to be like Zika or Malaria. But after I’d had dengue, I found out it’s a big problem that anyone can experience—rich, poor, young and old, it even transcends races and nationalities. We now use mosquito nets and coils. We used to be quite slack about putting on repellent during the day because it gets really sticky and hot on the skin, but now I’ve learned my lesson. And for someone who's been through dengue, I wouldn't want a single soul to experience what I've gone through.

GlaxoSmithKline Consumer Healthcare Philippines, Inc. announced on July 12, 2016, that it has joined forces with other organizations in the Philippines including the Department of Health, and Philippine Pharmacists Association. Mercury Drug Corporation, SmartParenting.com.ph and CNN Philippines in a united effort to support the nation to defeat dengue.  Allied Against Dengue was created as a non-profit open platform with the aim to empower healthcare providers, organizations and communities; and reduce the impact of dengue on the nation in a holistic manner from prevention and control to management.

It is surprising to note that dengue is prevalent not only in Southeast Asia and in the Philippines, but even in other countries as well. The disease is spreading to more areas and therefore affecting more lives.  In 2015 there were 200,415 reported Dengue Fever cases, a 60% increase over 2014 which had 121,000 cases.  With the disease growing rapidly across the country, empowerment is the most effective tool to combat it.

The Allied Against Dengue Movement seeks to restrain the incidence growth rate and ultimately, make a real difference to the lives of Filipinos. The coalition strategy will include:


Everyone should be well-informed. As a blogger, this is something I feel strongly about. And with my influence in social media and the online community, I firmly believe it is also my responsibility and duty both as a netizen/online influencer to be able to help disseminate the information about dengue as well as its prevention.

During the launch of the Allied Against Dengue Movement, it had been said that although the LGUs (local government units) have been doing their best with their programs against dengue, those programs will only be as effective if there are combined forces from the government, the community and the parents. We must continue to get rid of stagnant water within our areas. Let’s all help and do our part with the “clean up drive” of our community or barangay because the Aedes aegypti mosquito, the species which transmit the dengue virus can travel up to 300 meters in search for its possible prey. Our kids must also be encouraged to wear long pants, long sleeves and to frequently apply mosquito repellants. 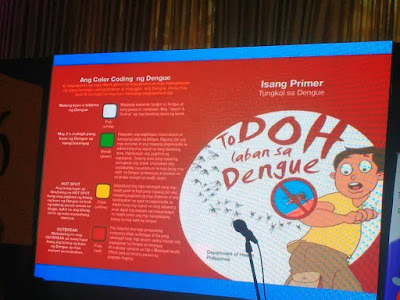 Here are the 4S in Dengue:

Seek immediate consultation. Consult a doctor immediately if fever has not improved after 2 days. For fever relief, PARACETOL is recommended by experts as the safest. I swear by CALPOL, it’s a brand that my family and I have proven and trusted for years. DO NOT TAKE Ibuprofen or Aspirin because it may cause severe bleeding.

Say "No" to indiscriminate fogging.

Say yes only during outbreak of the epidemic.
Ways to Avoid Dengue:
2. Kill the mosquito
3. Avoid mosquito bite.
4. Bring your child to the doctor especially if two days of continues fever. Fever is associated with vomitting, rashes, abdominal pain, poor appetite, weakness and drowsiness.

5. No medicine or antibiotic can treat Dengue. Instead, complete bed rest and lots of fluid are the only thing we can do. For fever, again, paracetamol is the safest.


Let's all take action and do our part to manage dengue. I am Vance Madrid a.k.a. Purple Plum Fairy and I am a proud ally against Dengue.