The movie screening was for child beneficiaries who were invited to walk down the red carpet instead of celebrities and dignitaries that commonly attend these high-profile engagements. As part of the foundation’s “Charity Movie for the Unfortunate” program, the young recipients were accorded VIP treatment throughout the event.

The documentary follows the inspiring journey of Natalie Tjahja, founder of the Maria Monique Last Wish Foundation, as she fulfils the last wish of her daughter to reach out and help underprivileged children all over the world. 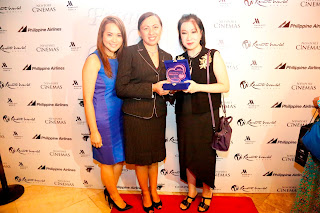 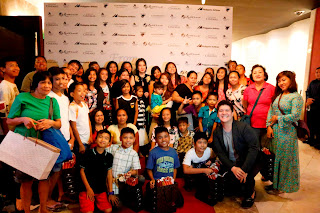 “Mom, go around the world and find kids to give happiness.” These were the words of the dying child to her mother, the same words that inspired a movement that now transcends both culture and race, for the sake of humanity and goodwill.

Named after Tjahja’s daughter who died of lung infection in 2006, the Maria Monique Last Wish Foundation aims to aid terminally ill and debilitated children, and adolescents who have fallen victim to war and natural disasters. Beginning with just $50, the foundation has grown substantially since through word of mouth and overwhelming support from concerned individuals and institutions.

“Natalie’s story plants an inspiring seed of hope in all of us and we wish to share this with the rest of the world, one viewer at a time,” says RWM Director for Corporate Communications Owen Cammayo.

With its main goal of bringing happiness to as many less fortunate children as possible, the Maria Monique Last Wish Foundation grants children’s wishes from simple donations like books and learning aids to life-changing contributions such as wheel chairs and medical treatments. The foundation has so far donated over 3,000 wheelchairs and helped 20,000 children all over the world. 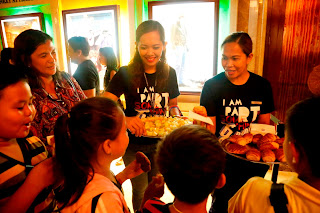 In the Philippines, Tjahja has been working together with the Camillus Hospital Association to open Maria Monique’s Happy Room, a space filled with toys and learning tools where children can play and interact with each other. So far, the foundation has established over 80 Happy Rooms all over the world in countries such as Indonesia, Thailand, Vietnam, India, South Africa, and Haiti.

Adjusting the documentary’s title to the language of the respective country, ‘From the Heart (Galing Sa Puso)’ will soon be shown in other locations such as Singapore, Haiti, and the US in upcoming months. 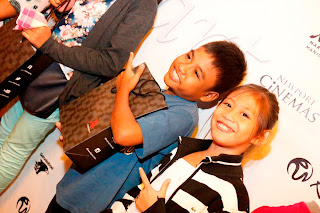