Gracenote--According to Wikipedia, it is a kind of music notation used to denote several kinds of musical instruments. But nowadays, the name rings a bell among the youth and music lovers. A band named Gracenote had been slowly but surely making waves in the music industry. Composed of young and promising artists, Gracenote is a band made up of St. Scholastica's College of Music grads who first jammed in 2008 at the Nescafe Soundskool. Made up of multi-instrumentalist Eunice Jorge, guitarist Chen Pangan, drummer EJ Pichay and bassist Jazz Jorge. Since then they have been mentored by pop-rockers 6 Cyclemind lead by Rye Sarmiento.

The group had developed a steady followers on their social media accounts as the band continue to hone their skills, enthusiasm and onstage presence. They finally got the recognition they deserved and fortunately, fans no longer need to wait as Gracenote had just recently released their very first album called Gracenote: The First Movement with eight original tracks to boot! 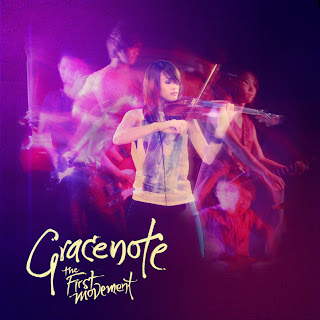 The album was recently launched at the 70's Bistro in Anonas and it was well attended by their loyal fans and supporters including Callalily's main man Kean Cipriano, the entire 6Cyclemind band, young actor Janus Del Prado and veteran stage actor/UP Professor Ramon Bautista. Everyone had been so excited with the release of the band's first album. "We were still on cloud nine, "gushes Eunice, Gracenote's vocalist/songwriter and violinist.  "Until now, we could not believe how blessed we are to be noticed and given such support.," she adds. 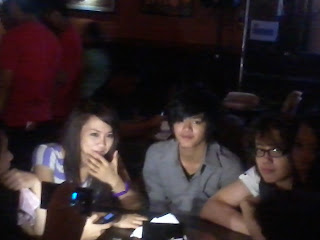 Gracenote also had just emerged as Meg's Top Choice Awards 2012 for Top Newcomer (Music) of the Year. "It's really been a great year for the group, "said Gracenote's guitarist, Chen. "We were ecstatic by the reponse we have received from our family, fans, friends and  just about everyone!"

Gracenote: The First Movement is released by Soupstar Music and distributed by Universal Records, Gracenote fans around the globe will be happy to know that the said album showcases the group's vocal charm and rocking precision.  The cut "Pwede Ako" will surely bring one some LSS (last song syndrome) to you as you listen to Eunice's voice on your headphone.  Meanwhile, "Amnesia" is a song made for the heartbroken where the band clearly showed their individual and collective skills. There's also an acoustic version of "Amnesia" giving fans the choice which type of songs to listen to. For that big rock ballad you're looking for, "Faraway" should be the song you need to listen to.

To sample their music, listen and watch this video:


With such amazing talents, level-headed attitude and the support of loyal fans across the globe, Gracenote had no other way to go but UP!

For GraceNote fans out there, the group has left a message for all of you. Do watch this video:


Purple Plum Fairy thanks Gracenote and Corrine Emata for the invite.
Posted by Vance M. Ramos at 4:12 AM