Art of Colors, better known in the industry as AOC, the world’s leading supplier of professional display recently launched the AOC D2357Ph 3D Monitor and AOC i2353 IPS Monitor at the Nuvo Bar in Greenbelt. “Only AOC can deliver images with crystal-like clarity and precision; you’ll get to enjoy 3D films with life-like qualities,” says Jay Ranola of EA Global.

On the other hand, the AOC i2353 IPS (In-Plane Switching) monitor has a brushed-metallic surface, super slim body display (just a 9.2 mm thin) and transparent crystal stand. You’ll love its soft-touch control illuminated base that can be tilt into a sleek wall mount if you desired (VESA standard), No wonder, the i2353Ph won the “IT design award in China 2010”.


More than just the impressive IPS panel, its superior type of screen and consistent image appearance, the 2353Ph is not only such a sight to behold. Equipped with multiple power saving features for reduced environment impact. The LED backlight has no toxic mercury. “AOC has earned a reputation for selling user-friendly, technologically superior displays that fit seamlessly into consumers’ digital lifestyles,” enthuses Ula Ladrillo. For those who lived in the boondocks and are not familiar with the AOC brand, it is a world leader in the display technology (from its headquarter in Taipei) for monitors and televisions, backed by over six decades of design and manufacturing experience. 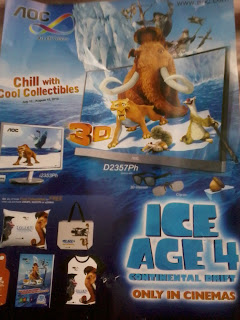 In line with the release of these amazing monitors, AOC have also partnered with Twentieth Century Fox International, as they bring you Ice Age 4: Continental drift merchandise collectibles for every purchase of selected AOC monitor models such as AOC D2357Ph, i2353Ph, or 2350sh. The little treat contains any of the following co-branded t-shirts, water bottle thermos, notebook or eco bag, This promotion is open to all participating dealers nationwide and is available from July 12 to August 15, 2012. Customers may avail of this promo at any of the following stores nationwide: Octagon, Silicon Valley, PC Express, PC Corner, Enigma, Infrowrox/PC Worx, PC Quarters, Complink, Asianic, PC Chain, Microstation, PC Options, TQM, and Tech Head. 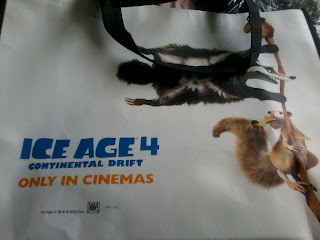 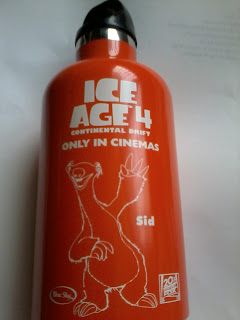