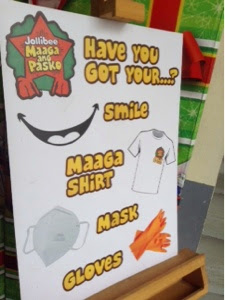 It's been a family tradition to donate pre-loved toys to the Jollibee Maaga ang Pasko Toy Drive ever since it was launched two decades ago. Jollibee, the leading fast food chain in the Philippines has partnered with Breeze as its official detergent for the cleaning up phase of the pre-loved toys. And like I've said, although I donate toys yearly to the said campaign, it's only this year that I was able to experience how it is to be a jolly toy scout. Jollibee and Breeze kicked off a series of special Laba Days in a warehouse in Mandaluyong City. They also tapped celebrity moms Regine Tolentino, Bettina Carlos and Breeze's Sige Mom Ambassador Christine Bersola-Babao along with an army of bloggers and other volunteers from both brands to work hand-in-hand to clean and prepare the donated gifts. 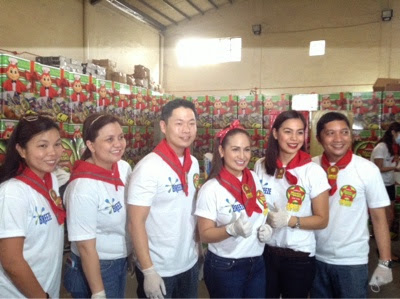 
Jollibee and Breeze targeted to wash and clean more than 500,000 plush tot donations with the help of Breeze with ActivBleach. With its 1 Laba Guarantee from its proven revolutionary formula, Breeze will transform the old toys to look as good as new before they are delivered to its beneficiaries. 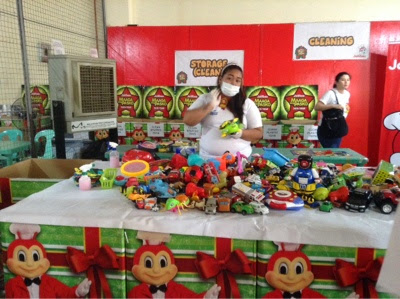 It was fun to be a Jolly Toy Scout even for a day. We were able to segregate the toys from rejected ones to those that needed to be washed. It was tiring but nevertheless worth our time and effort. I could just imagine the awe in the eyes of the recipient kids!  We felt like Santa's elves as we helped clean each toys and arranged them according to their standards. 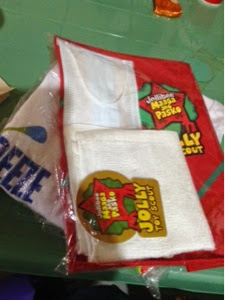 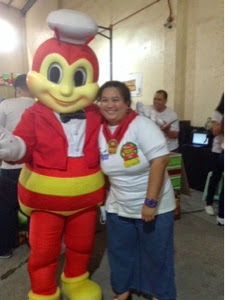 Jollibee and I at the warehouse 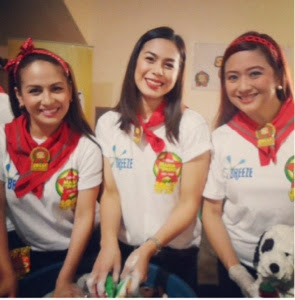 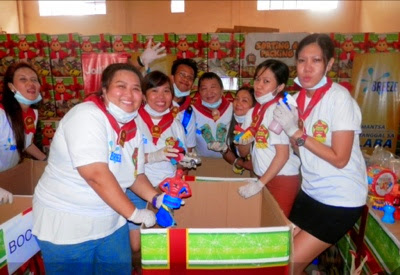 As Maaga ang Pasko celebrates its 20th year, Jollibee wants to further strengthen its commitment to make Christmas even brighter for more kids and rally more families, led by hardworking moms to make this happen. We're happy to partner with brand whose values are the same as ours," said Jollibee Vice President for Marketing Harvey Ong. "With the support of a well-loved brand like Breeze, we are confident that the campaign can grow and expand more in the years to come." 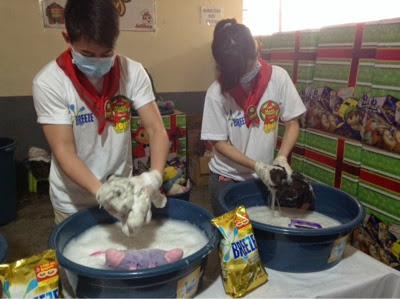 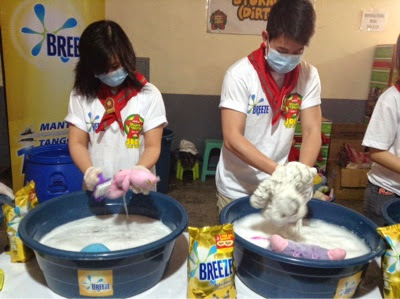 Unilever Vice President for Foods and Home Care Benjie Yap said that they are privileged to help out in is year's Maaga ang Pasko by making sure at the toys are clean and smell fresh before they are given out to their new owners. "With its tough-on-stain formula, Breeze also makes its easier for our Maaga ang Pasko clean up volunteers to remove dirt and stains from toys in just one wash," he said. 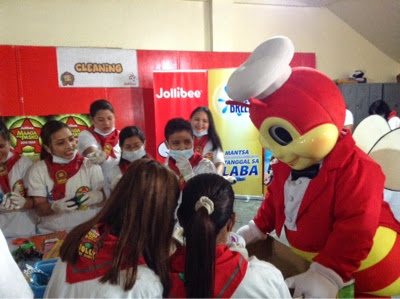 Celebrate a more meaningful Christmas and be a part of the Maaga ang Pasko campaign. Drop your donations in Maaga ang Pasko boxes in Jollibee stores nationwide. Anyone can do their share and take part in this advocacy by making donations online at www.jollibee.com.ph/MaagaAngPasko.