Suspense and adventure-filled movies at SM Cinemas this October! 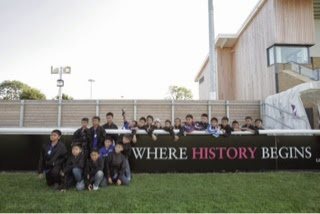 SM Cinema brings an exciting line-up of action-filled stories that they shouldn't fsil to miss this October through its CinExclusive program. This month’s suspense and adventure-filled movie list includes Little Azkals: Pursuit of the World Cup Dream, Detective Conan: Dimensional Sniper, Tumbang Preso (In the Can), and The Pirates.

A story of dreams against the odds, “Little Azkals : Pursuit of the World Cup Dream,” is a documentary film which showcases the stories of 22 young boys from all over the Philippines and their once in a lifetime opportunity to be trained in a football camp in England for the sole purpose of qualifying for the 2019 World Cup. 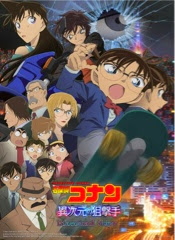 Detective Conan goes on an adventure once again! The 18th movie installment of anime film Detective Conan, the story centers on the detective’s investigation and search for the mysterious sniper that left the citizens of Japan in panic. As the investigation progresses, more mysteries are uncovered and a special connection with the US military officers are formed. 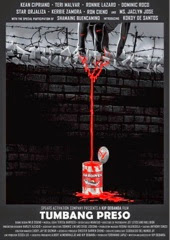 Tumbang Preso (In the Can)

Carlo and his younger cousin expect to arrive in Manila with a job and a scholarship but things did not turn out well as they end up as slaves in a sardines factory. Once filled with big dreams, the two boys’ only hope is to escape the factory’s walls of glass shards with the prospect of torture if they fail.

Tumbang Preso (In the Can), is a suspense-thriller about happiness and freedom, or the lack of it. The film depicts real events and experiences based on rescues in sardines factories in which the director, Kip Oebanda, had personally met in his work as an advocate against human trafficking.
​
Tumbang Preso will be exclusively shown at selected SM Cinemas starting October 8. 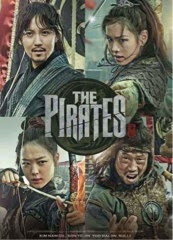 Bandits meet pirates in the adventure movie The Pirates. An envoy is travelling from China to Korea carrying the royal seal when accident strikes and the seal is swallowed by a gray whale. With a great reward being offered for the return of the seal, Jang Sa-jung leads the search with his group of mountain bandits when they encounter female pirate captain Yeo-Wol on sea.

Join Jang Sa-jung and Yeo-Wol on a sea adventure as they search for the gray whale and the royal seal. The Pirates will exclusively premiere on October 25 at selected SM Cinemas.

We were able to see The Pirates at the SM Megamall Fashion Hall's Directors' Club. I was so amazed of the Lazy-Boy über comfy seats with recline and foot stool at the said cinema. If it hadn't been for the dimly lit room and the surround sound, it was so easy to forget that I'm inside the SM Megamall Directors' Club. It felt like I was at the comforts of my own home. The Pirates was also another revelation for me. At first I thought it would be another 'boring' film as I'm not really into ancient Korean stuff. But as I scooped on my popcorn (given by the said cinema's personal butler prior to the start of the film), I was surprised to enjoy the said film. It had made me laugh because of the witty dialogues of the characters, made me realized a few things and learned to rationalize them later, it has affected me in ways I never really imagined it would. The Pirates, though rated PG, is one of the must-see Korean films I had really enjoyed. 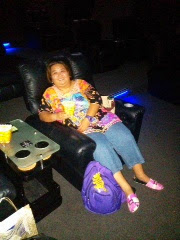 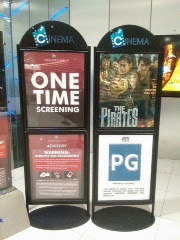 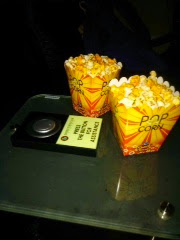 Suspense, action, drama, thriller ---name it, SM Cinema has it! It is your exclusive entertainment source for an exhilarating movie line-up this October! And to add to the excitement, e-PLUS tap to pay holders receive a discount on all cinExclusive movies! So save those dates to mark your calendars and bring your friends and family with you to an SM Cinema branch near you!

SM Lifestyle Entertainment Incorporated or SMLEI is the lifestyle and entertainment solutions company of SM Prime Holdings Inc. that offers the best in movies, events, leisure and technology. Starting with SM Cinema, the largest cinema exhibitor in the country, as its sole marque, the company grew into 12 major brands. Currently tucked under its belt are brands such as SM Cinema, Director’s Club Cinema, IMAX Theatre, WM Cinemas, SM Skating Rink, SM Bowling and Leisure Center, Exploreum, Snack Time, e-PLUS Tap to Pay, e-PLUS Digital, Mall of Asia Arena, and SM Tickets.  SMLEI aims to promote bonding activities among Filipino families and friends, through entertainment and leisure facilities, while advocating the ease of use and personalized service created to complement the Filipino lifestyle.