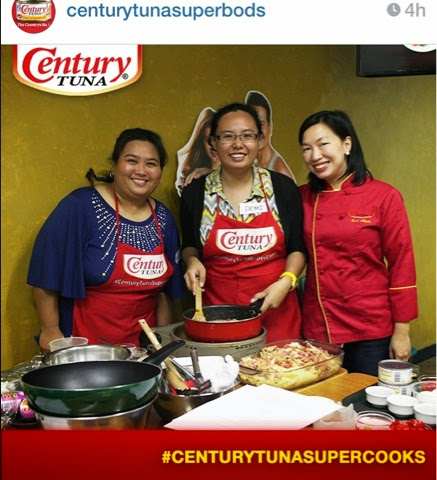 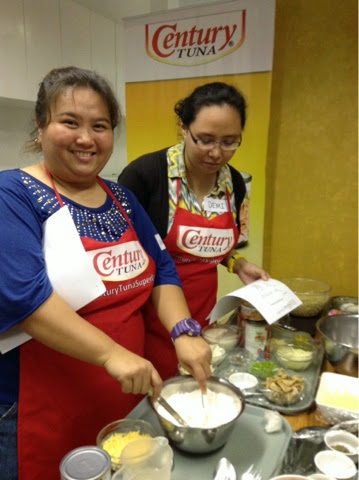 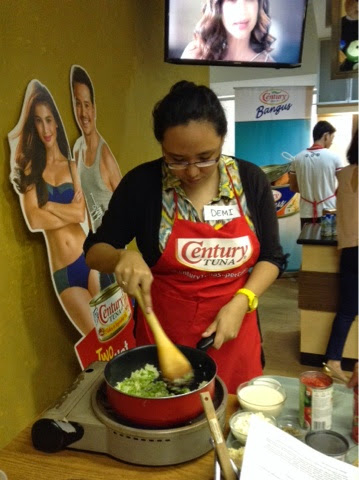 Being the culinary wannabe, I took the first challenge of creating Century Tuna Empanada made from the scratch. It wasn't exactly something new to me, rather it was more of a dejavu. I had so much fun rolling the pins and cutting the dough with a cookie cutter. Chef taught me the easiest way to insert all the fillings inside the small empanada and how to properly close it without dropping its fillings. As I did the tuna empanada, my team mate, Dems, tried her hand in doing Century Tuna Baked Ziti. Dems, being young and a newbie in the kitchen, was assisted by Century Culinary Circle's Chef Heart Alikpala

Up next, I tried my hand on the pan. I did Bangus Ala Madrilena. It was so easy peasy to do. You jist have to incorporate all the ingredients and allow them to simmer and cook for eight minutes. Just by looking at the said dish, one would start to think about Christmas. Its filled with so much texture, flavors and colors. There's olive oil, olives, garbanzos, chorizo, minced ham, tomato sauce, red wine and loads of Bangus goodness from Century Gourmet Bangus Fillet Spanish Style. 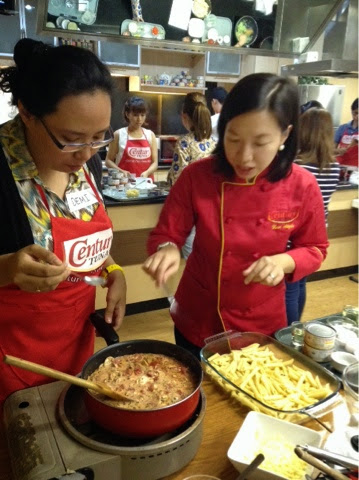 I also did the easiest recipe, the Century Tuna Macaroni Salad. This is where I was able to learn the "secret" why macaroni salad rocks. I've honestly tried doing this recipe but was unsuccessful when it comes to its taste. I am sharing them with you just in case you haven't heard about it yet. But I had never thought that you can actually put condensed milk into your macaroni salad to balance off all the flavors of mayo, pickle relish, cheese, celery and pineapples into it. At first, I thought putting condensed milk into macaroni salad was weird. But it had made all the difference. No wonder my old macaroni salad recipe wasn't that good tasting. It lacked one ingredient--condensed milk! In fact, Chef Heart even revealed that a "finger-licking chicken company" orders huge bunches of Angel Condensada (another product from the Century Pacific Food Inc.) for their macaroni salads alone. Also, another revelation with that particular macaroni salad recipe was that I didn't used any mayonnaise on it. I simply used Century Tuna Mayo Spread alone but it tasted just as good. 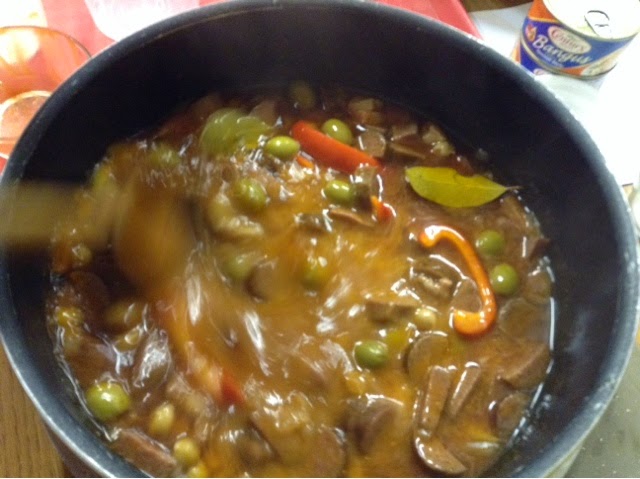 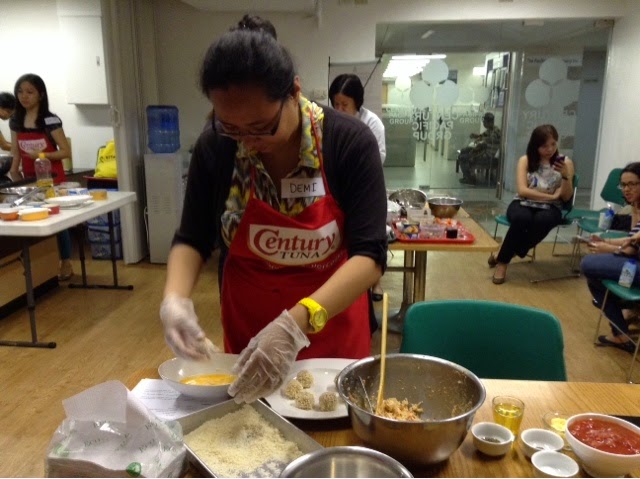 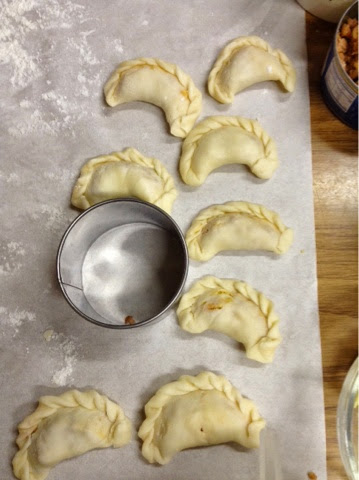 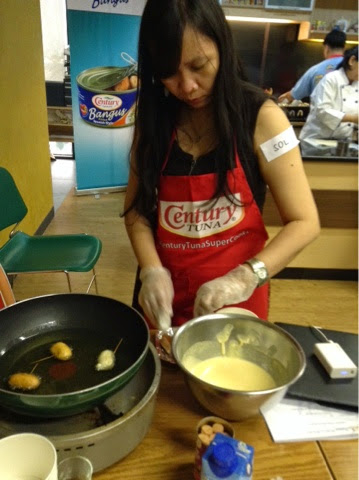 Meanwhile, our other team member, Sol, made the Century Tuna Vienna Sausage Corndogs while Dems made another recipe called the Century Tuna Risotto Balls. As we cooked, there was also a challenge for bloggers to multi-task--we had to take photos of the dishes and our cooking activities and upload them into our social media accounts such as Instagram and Facebook because there was a contest for the most number of likes. At the same time, we also had to taste our dishes which was truly difficult to do so as we all kept moving in our respective work stations. 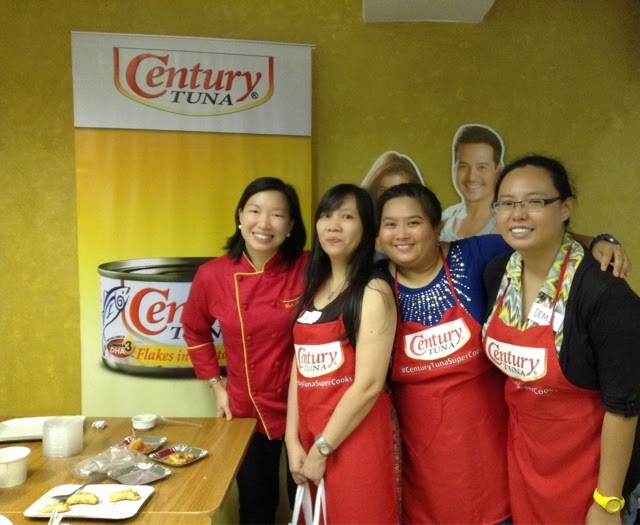 Imagine our surprise when Dems and I won as best Instagrammers that night! We both had received awesome goodies such as one box of Vita Coco tetra packs (which I super duper love! I'll post another story about it soon.), Century Tuna canned goods, Carb Trim capsules as well as other products. 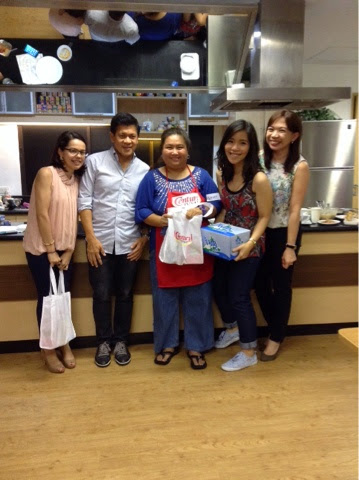 As Dems and I were being driven home that night, I realized there's a lot of things you can do with tuna--you just need to have some creativity into your cooking. All the recipes we did that night was carefully thought of by Chef Heart for the Century Culinary Circle under the Century Tuna brand. I'm so glad to be a part of their invited blogger guests. I did not only enjoyed cooking but I was also able to learn a lot as well. I went home that night planning which among the recipes will I be cooking for my family to try this coming holiday season.

Thank you so much for he opportunity, Century Tuna and the entire Century Pacific Food Inc.--makers of other trusted brands like Swift, Argentina, Angel and 555. Special thanks to Chef Heart Alikpala and Rhea Bue for the invite. 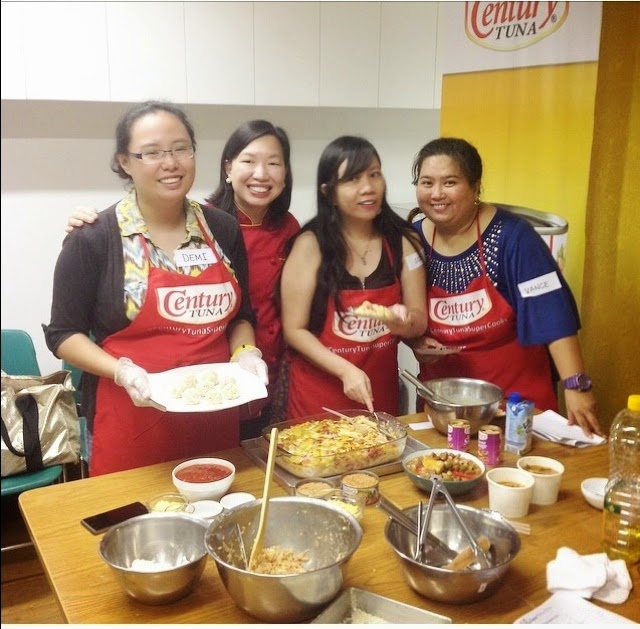 NOTE: Recipes mentioned above will be posted on my food blog, angtakawko.blogspot.com separately.