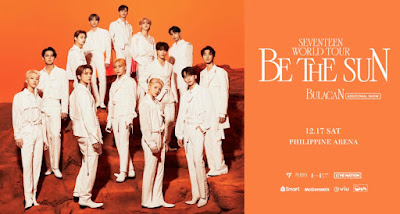 Mang Inasal supports the SEVENTEEN WORLD TOUR as a sponsor. One of the sponsors of the eagerly awaited return to the Philippines of the K-pop performance juggernaut, SEVENTEEN, is the nation's Grill Expert--Mang Inasal.
"We appreciate the Carats' efforts to encourage SEVENTEEN by tweeting Mang Inasal. WORLD TOUR [BE THE SUN] - BULACAN," declared Mike V. Castro, manager of the Mang Inasal Business Unit. And we are fulfilling their demand, so they will see Mang Inasal booths on December 17 at the Philippine Arena, as a special Christmas gift from us to them. 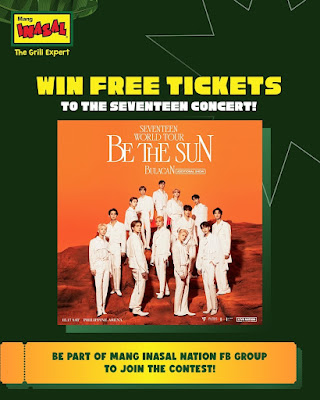 Mang Inasal will also run a special concert ticket giveaway in its social community Mang Inasal Nation, wherein promo participants will just be asked to share a photo of their favorite Mang Inasal moment and caption it with their answer to the question: ‘Why do you want to see SEVENTEEN live?’
Want more Mang Inasal exclusives now? Visit www.manginasal.com for the latest updates,
https://manginasaldelivery.com.ph for delivery deals, and follow Mang Inasal on social media!