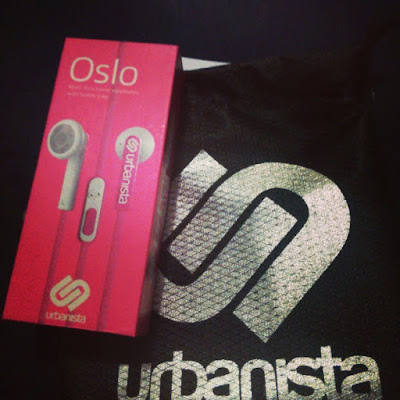 After the earphone I had been using for quite sometime now was literally shelled from its apple green colored cords due to my nephew’s mishandling and improper use, I had been looking for a good quality earphone. So when I stumbled upon Urbanista headphones, I felt ecstatic about it. I’ve got myself a pink Urbanista Oslo earphones and in this product review, let’s see if it can be any good and would they be okay as potential replacement or alternative to my beloved ear buds that needed retirement. 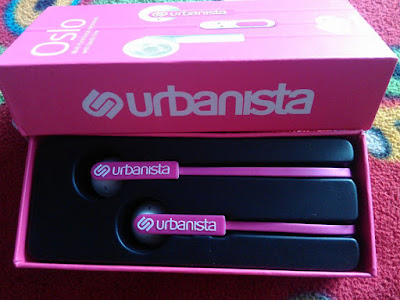 Headphones which have come my way have been incredibly hit or miss. Usually (for other brands) they should sound great, especially if there’s a branded name behind the product. Alas that I’ve found some pretty much useless with the microphone being a whopping 30cm away from my mouth. With Urbanista, it’s nicely presented as it steers away from that finger bleed inducing ‘blister free packaging.’ I also loved that it’s made available in different colors. I wish they had purple, but I chose the nearest color next to it, pink (although it’s quite girly for my personality). There’s no getting away from it that these Urbanista earphones look incredibly similar to Apple offerings, but the buds themselves are slightly larger in size. I’ve also found out that they need not be pushed in as far as the Apple ones to stay nicely in place. After using them for a few hours, my ear lobes certainly appreciated the nice fitting it had on my ear. I never found myself wanting to take them out just to get a break and give my ears some relaxation unlike the other earphones I’ve previously used. 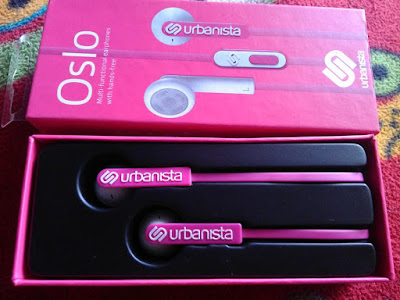 Obviously, not everyone had the same size of ears, but luckily, Urbanista is meant or wedged to stay put into your ears as if it’s made and fits you to a T. As for the sound quality, I can’t say I was unhappy with it nor I was particularly blown away, but that’s not necessarily a bad thing. Being less heavy bass than what I’ve been used to, Ubranista’s listening leaves one to listen to deluge of podcasts and music on Spotify in a more relaxed manner. Normally, when bass is removed you end up with high-end shrill or ‘tissing’ at the top of the frequency range, thankfully with Urbanista Oslo, this was absent. A sign that some thought has been put into what drivers used for these headphones/earphones.

During the beginning of the review, everything sounded close and muddle with very little separation between the mid’s and higher ranges. Bass levels were flat in comparison to the obvious competitor yet sounds were smooth across the board eventually. My best guess is that a bedding in period was needed and after a few hours music and podcasts came across nicely separated to my non-audiophile ears. .

The microphone testing albeit somewhat unscientific was done with me calling friends, asking ‘Do I sound any different?.’ Pretty much everyone I called said there was much less noise heard from there end whilst talking to them. Another positive thing I liked about this Sweden made Urbanista was the lack of any scratching sounds that usually happens when your headphone cable rubs against your clothing. This was pretty much absent due to the flat cable which in turn has another advantage of being significantly more tangle free than the traditional cable.

Overall, I don’t mind trading my old earphones for Urbanista Oslo. It may not have no volume control, but it definitely has better noise cancellation, tangle (ish) free cable and something that looks a bit more stylish than its main competitor coupled with the general feel of being more hard-wearing Urbanista rivals its price bracket some serious competition. Again, the noise cancelling properties of this headphones really stood out beating Apple’s hands down. With its fashionably flat cable for less noise intrusion when speaking and coming in, put these on your serious consideration for Apple’s headphone alternatives.

Disclaimer: I am not compensated for this post. Opinions expressed are 100% my own.
Posted by Vance M. Ramos at 10:18 PM