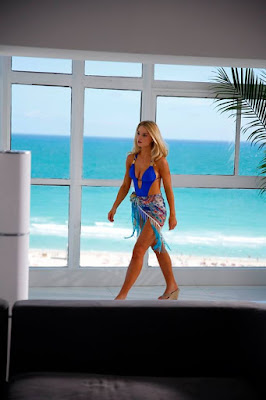 Brilliant college student Sam has the perfect credit card scam until his crew robs the wrong man. Now they have two weeks to repay ruthless gangster Marcel two million dollars or they will be dead. Sam and his team devise a scheme to clear their debt by heading to Miami to poach enough cash and merchandise.
But they come up short. So Sam and his gang set their sights on a daring jewelry heist that could make them hugely wealthy for life. Their plan turns sour, however, when the team members start turning on each other. Now it’s up to Sam to finish the brazen heist and turn the tables on Marcel before they all go down.

High Octane from start to finish, PLASTIC is based on the incredible true story of the UK Fraudsters from Manchester who stole £20 million worth of diamonds from jewelers in Beverly Hills back in 1997.

The film stars Ed Speleers (Sam), Alfie Allen (Yatesy), Sebastian De Souza (Rafa), Will Poulter (Fordy), and Emma Rigby (Frankie).
Producers Terry Stone and Dan Toland wanted to use the premise of the real story, but decided to change the characters and setting in order to make it more stylish and modern. It meant finding the right people for the characters was even more important to fit in with the Gilbey brother’s vision.

The central ensemble is led by control-freak, Sam, who is played by Ed Speleers (Downtown Abbey, A Lonely Place to Die). Ed had previously worked with Julian before on A Lonely Place to Die so their working relationship was already closely established. Julian was fully aware that Ed was a talented actor who really works at his craft. “He really came up with some good character ideas. He’s a solid leading man and a great guy to work with,” says Julian. Ed had heard of the script not only through his manager but also through Julian. When he realized they wanted someone a lot younger than originally planned, he jumped at the chance to play Sam. 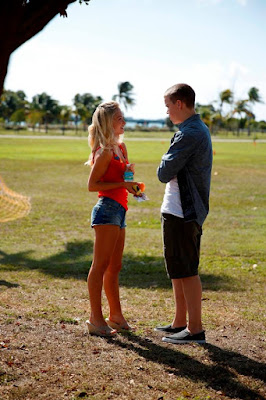 When they approached Alfie Allen (Game of Thrones, Attonement) the crew were thrilled that he was interested in the script. Julian says: “I was in Miami when I got the call that Alfie really wanted to play the role and we just jumped about. He was perfect. Yatesy is a great role; he’s a dreadful, wonderful, spiteful and conflicted character and Alfie puts on a very honest performance. Although the character is very vain, Alfie isn’t at all.” Alfie himself said he loved playing the cheeky rogue and that the entire cast got on really well. “[The producers] got the dynamics of the characters so right,” he says.

The part of Fordy went to Will Poulter (We’re the Millers, The Chronicles of Narnia) who has received nothing but praise for his work on set and his attitude off set from both cast and crew. Poulter explains that he liked the character of Fordy as soon as he read the script. “I got sent the script by my agency and read it and l really enjoyed it. It’s a really fun. I loved the character of Fordy; he’s a lot more intelligent than me.” Julian and Will sat down many times to discuss how to keep Fordy on the side of the audience but still have that level of ambiguity about the character. “I really love Will, he really grounds this film. Playing the straight character is a very difficult thing to do but the truth of the matter is, is how straight is Fordy? He’s working in credit card fraud so he’s still a criminal.” 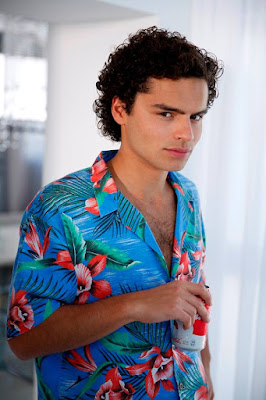 The character of Rafa, who is seemlingly closer to Yatesy than any of the other boys, is played by Sebastian De Souza (The Borgias, Skins). Plastic is his first feature film after a background in television and he was very “pleased and grateful” to be offered the role after hearing about it through his agency. When speaking about the character, De Souza says “initially you’d read him as a joke of the four boys, but eventually he earns his keep by coming up with the idea that in theory will save them from death by Marcel.”

Last, but not least, is the character of Frankie, played by Emma Rigby (Hollyoaks) who’s also new to the film scene, this being her first lead role in a feature film. “When we originally looked at Emma we just thought well here’s someone really glamorous, she’s got the look of a great Hollywood starlet. The camera absolutely loves her plus she’s a great actress so her central performance is amazing along with Ed’s and there’s that real vibe between them” says Dan Toland.

When talking about the script, Emma says: “I was really interested in it being based on a true story. I also liked the aspect of it being a heist and that the cast were really young.”

When discussing the main cast, Toland says there’s a real vibe and dynamic that really centres all performances. “They all play off each other which really brings the story to life.”

As Julian Gilbey puts it, Plastic is “not another film where a bunch of cockney geezers are blowing people’s heads off in Range Rovers!” What it is is an emotive story about five students, who get out of their depth in the shady world of credit card fraud. Toland describes it as hugely entertaining with “Robin Hood themes” running throughout. It’s British film-making at its best and features an amazing up-and-coming young cast that is set to wow audiences aged from teenagers to adults.

PLASTIC OPENS IN CINEMAS August 26, 2015 (Wednesday) AND IS RELEASED BY SOLAR PICTURES