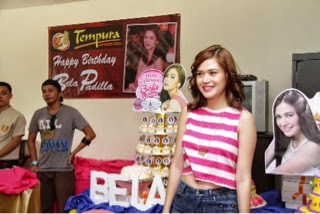 Up-and-coming actress, Bela Padilla shared that she doesn’t usually celebrate her birthday but thought it would be a great way to bring people together for a cause. Making clear her affinity for animals, Bela chose to spend her birthday with the shelter dogs and animals at the Philippine Animal Welfare Society (PAWS) in Quezon City, where she took part in a feeding activity together with her loyal “Belaver” fans. 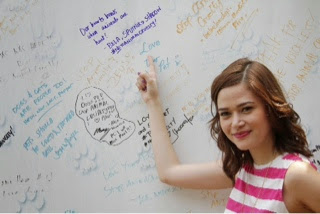 “We picked PAWS as a venue for my birthday because I am strongly against animal cruelty. Being a pet owner myself, I have this deep compassion for animals,” Bela said. She wants to spread awareness about the plight of homeless and abused animals, and thought that bringing people to PAWS is her own little way of helping out.
Bela’s birthday celebration was spent with two of the things closest to her heart: animals and Japanese food as Tempura Japanese Grill happily sponsored the young star’s birthday treat. 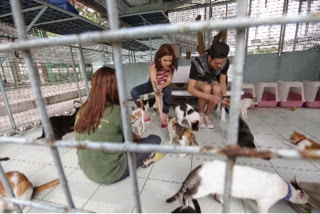 “I’m surprised and so happy when I found out that Tempura sponsored the catering because I love eating there. I’m always at the Trinoma branch because it’s near our place and I just can’t get enough of Uncle Sam’s maki,” Bela shared. She expressed enthusiasm and excitement when asked if she sees herself representing and advocating for animal rights in the future. “I would be honored if PAWS would pick me to do a campaign because I really want to share my compassion for animals,” she said. As for Tempura, Bela said that she wouldn’t think twice because Japanese cuisine is her favorite. “I would love to. A lifetime supply of Tempura is like, the best thing I could have in my life,” she quipped.
Posted by Vance M. Ramos at 2:33 AM