Move over Enteng Kabisote. For a change, Vic Sotto says he's putting Enteng Kabisote series a rest for this year. But that does not mean he won't have an entry to this year's edition of the Metro Manila Film Festival. Hence, My Little Bossings was made in lieu of the said box-office magical saga.
"I'm very proud of this film," shares Vic Sotto during the My Little Bossings Bloggers' Night held recently at Annabel's Restaurant in Tomas Morato. "It may not have the special effects and digital animation that Enteng Kabisote had, but I'd like to believe it is my best film so far," says Vic. 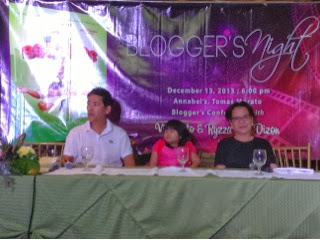 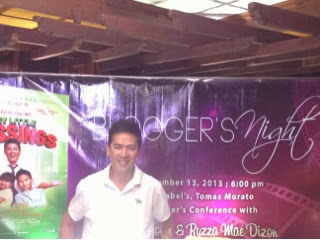 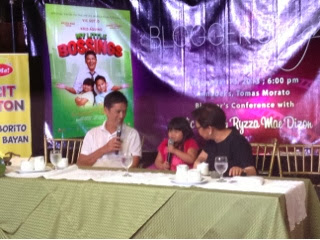 "The roles they had in My Little Bossings were taylor-made for them. Even before the cameras started rolling, I had envisioned how each character would react and execute every scene in the story," award-winning scriptwriter Bibeth Orteza says on how she wrote the script for My Little Bossings.
On how they came up with the Queen of All Media, Kris Aquino's son Bimby, Vic says, "We've always been interested to get Kris' son Bimby. In fact, last year, we wanted him to have a special appearance on Enteng. But when I've brought up the idea to Kris--she begged off. She said if she'll ever allow Bimby to act, it should be something that's all worth it--he's got to star on it and not simply be a special guest."
As for the rest of the cast, Vic says he enjoyed working with Little Miss Philippines 2013 and new child wonder, Ryzza Mae Dizon. He also included former Little Miss Philippines alumna and former child star-turned-musician Aiza Seguerra in the film. "Having worked with Aiza for almost a decade on national TV for "Okay Ka, Fairy Ko"(where the character Enteng Kabisote stemmed from) and two years for movies, I knew that a balance of work + play is necessary when working with kids," shares Vic. 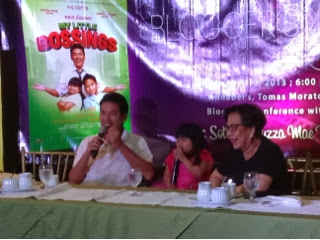 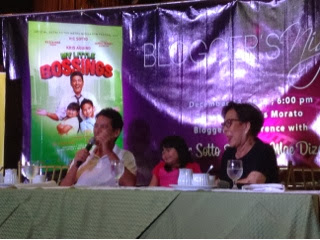 Fresh from winning the Golden Kid 2013 award, Ryzza Mae Dizon who looked like a morena Chinese doll in her pink ruffled gown during the said bloggers' conference says she's also happy to be given another chance to work with Bossing Vic in a movie. My Little Bossings is Ryzza's second Metro Manila Film Fest movie. According to her, working with Bimby is such a breeze. "He's good-looking and he gives me chocolates," says Ryzza in vernacular.
Vic says that working with talented kids makes work a lot easier. Bimby may be a showbiz newbie but Vic says the kid has charm and talent on his own. "The role calls for aloofness between me and Bimby, but eventually we became really close. It's rough play with Bimby and Ryzza's talkative nature thrills me all the time," adds Vic,

Kris Aquino does play an equally important role in My Little Bossings. But hers is some sort of bookends or can be considered a special cameo role. Billing wise, Kris said since the story revolves around the three of us, (Bimby, Vic and Ryzza)-- Kris opted out of the poster billing.
Vic says he's too excited about this film, "Kung pwede nga, December 25 na para opening day na! (If it's possible, I'd like today to be December 25 so that it's our opening day at the movies) I wanted the masses to see this film right away. No special effects. The film is fu  and entertaining that caters to all ages, across all borders--I guarantee they'll all be having a great time," enthuses Vic.
What inspires Vic to come up with an MMFF entry each year? Makabata awardee Vic Sotto answers: "I am aware that kids would look up to me so I am very careful to be put on spotlight. I am aware of my responsibilities to my viewers particularly kids. When Danica and Oyo (his children from former wife actress Dina Bonnevie) were small, my question would always be, " Will the kids learn something out of this?" Thus, all through these years, I use TV and my movies to instill values on the minds of our kids, which hopefully they would also be bringing until they grow old."
This Christmas, come and watch My Little Bossings, opening on December 25th at a theater near you. It promises laughter, a whole lot of fun and moral values to live by.
Purple Plum Fairy thanks Melai Entuna for the bloggers' night invite.
Posted by Vance M. Ramos at 6:44 PM