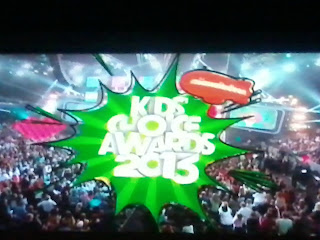 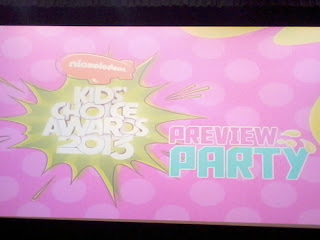 Kids and those kids-at-heart (that includes  me) lined up as soon as registration and booths were opened. There have been games and cool raffle prizes that were given away to lucky members of the audience. The lone winner of the annual Toy Run had also been introduced before the start of the KCA screening. They even gave away a limited edition One Direction figure dolls to lucky guests in the raffle that made some teenagers behind my back screamed on top of their lungs hoping that they'd be the lucky ones who'd bring the dolls home.

Favorite Nick stars' Dora, Diego, Patrick Star and Spongebob also wowed the Nicksters fans with their presence during the opening and closing of the said event. Their special appearance also delighted the fans and some even had the chance for some photo opps.

At the end of the preview party, all guests were given a Nickelodeon traveling bag! Woot! Woot! We may not be lucky during the raffle, but we were happy just the same because nobody went home sad, what with a cool and funky bag such as this! Thanks Nickelodeon! Nickelodeon were supported by its sponsors Sunkist, Toy Kingdom, La Dee Da and Scotts Berries.

Purple Plum Fairy thanks Ms. Ginny for the invite.

Disclaimer: I am not compensated for this post. Opinions expressed are 100% my own.
Posted by Vance M. Ramos at 2:05 AM