Purple Plum Fairy had been privileged enough to witness the vote counting machines (VCM) demo at the EID COMELEC office. During our visit, James Jimenez showed us how the new VCM (formerly known as PCOS machines during the past automated elections) works. According to Jimenez, each VCM uses an encrypted data and operates within a very secure virtual private network (VPN). The said system alone cannot be hacked in time because it has 256-bit encrypted transmission in 600 seconds and it might take about six years in order for it to get hacked if it ever gets hacked at all. Not to mention that the datas are being sent to different recipients such as NAMFREL, PPCRV etc. so if there's a hacking incident involved, it'll be easy to know where the said hacking took place.

Above, you will notice the difference between the Smartmatic PCOS machine used in the past automated elections and the new VCM which will be used for this upcoming May 2016 Presidential elections. For one, we'll now be using a touchscreen where a voter can actually read and check on his votes. Whoever you vote isn't traceable nor it is identifiable from the VCM.
·
The machine will still count your vote even if you don’t fill out the whole ballot. If you undervote, which means you did not fill out all the positions, the machine allows  you to go back  and fill it out, but if you really want to leave some positions blank, the machine will count it anyway. 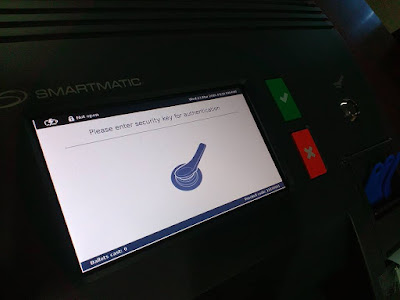 The new VCM's processor is said to be faster and more efficient than the old PCOS machines. Unlike the old PCOS machines where the BEI (board of election inspectors) will insert the ballot into the PCOS machines, this time the voters themselves will bring the ballot to the VCM. It is the voter himself who will see if he undervote or overvote while any member of the BEI should be standing behind the VCM and is on stand by should the voter needs further assistance. 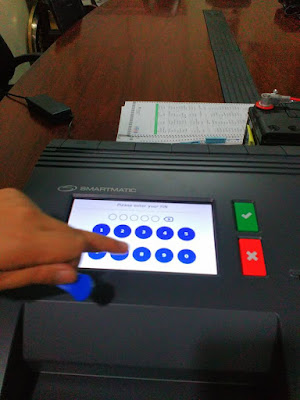 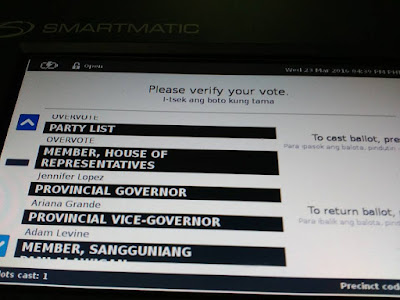 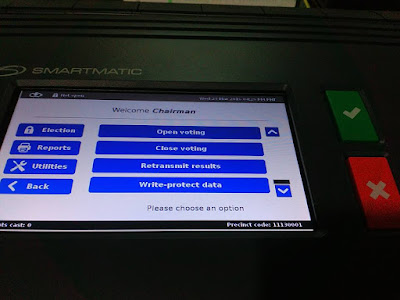 The election will take place on May 9, 2016. The voting precint will open at exactly 7 o' clock in the morning and will be closed by 5PM.

Bear in mind that No Biometrics means no Vote. The fingerprints and photographs on the biometrics will prevent 'flying voters.' If you weren't able to register in time and have your biometrics done within Comelec's given deadline,  sorry but you're not allowed to vote.

Bring an ID. Yup, to make the voting experience more convenient, I suggest that you bring any government issued ID for verification purposes. SSS, Driver's License, GSIS IDs will do.

If you're a PWD (Persons with disabilities), don't forget to bring your ID as well, especially if the type of your disability isn't obvious (i.e. hearing impaired/dyslexic). The Comelec has prepared a specific voting place for voters with disabilities where they could be provided with special assistance should it be necessary. The senior citizens meanwhile will be given priority at the regular polling place. 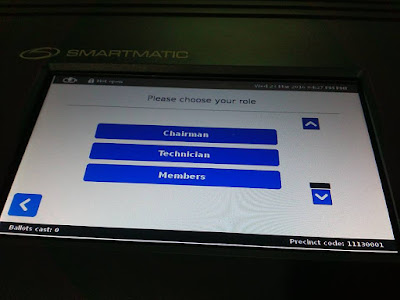 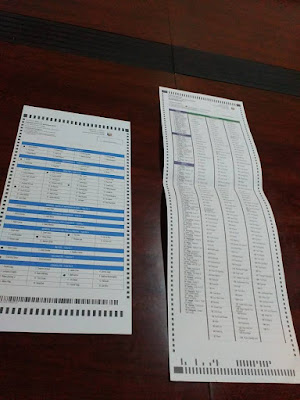 We'll now also be using a shorter version of the old 2013 ballot. And take note, the official ballot is back to back. So make sure you read everything and fill up wisely. 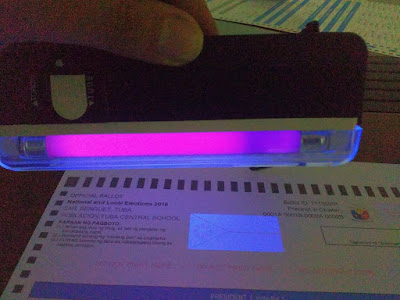 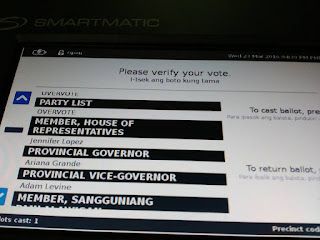 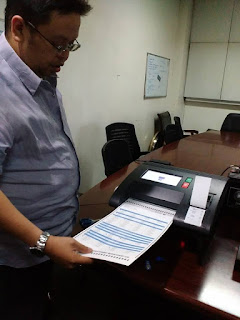 If in case you have undervote, the VCM will tell you that you have missed out on as certain position, say senatorial, local or a councilor. You have one more chance to have the ballot be returned by the machine and the opportunity to go back to your position and have them shaded. However, if you choose to undervote or you really do not want to vote for a particular position or you just want to vote for 5 senators, just press the green check button and let the VCM count your votes. 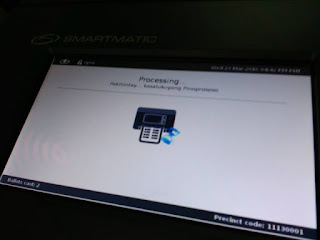 The VCM uses thermal paper which can't be pulled out from the VCM to prevent paper jamming. Once the paper's been pulled and creates jamming, the VCM automatically stops because the VCM acknowledges the act as 'tampering.' So voters are encouraged to use scissors which will be provided at the precint by the BEI. 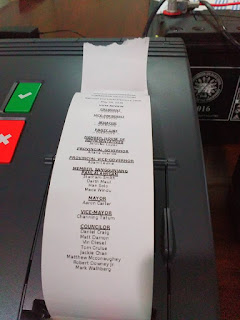 The issuance of voter receipts is now a requirement for COMELEC. The Comelec has been ordered by the Supreme Court to activate a feature of the vote counting machines that prints voter receipts to allow voters to validate their votes are counted accurately.

Jimenez stressed voter receipts are not legally binding, especially since they do not contain specific information like the polling precincts number and the name o the voting centers. The receipts, however, would have “evidentiary value” if combined with other evidence like the Minute of Voting and the ballots. 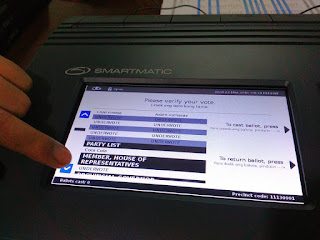 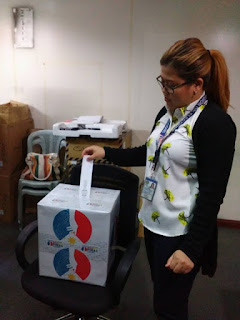 Oh, and you're NOT ALLOWED to take a selfie of the ballot receipts. You CAN'T bring them home either or show it to anybody else. Instead,once you had the receipt in hand, check if the information is correct and fold it, put them on the box before you leave the precint.

Lastly, here are a few things to keep in mind since the election day is fast approaching:

*  Voting on a ballot is not tantamount to playing a bingo game. You don't need to fill out the entire blackout card. Don't fill it out just for the sake of doing so. If you really honestly think that only 5 our of the 12 senatorial candidates are worth voting for, then so be it.

*Leadership isn't something that's in the genes. Not because this so and so came from a really powerful political clan means he or she will also be a good leader.  This is the only way we can fight and prevent political dynasty as well as corruption and mediocrity among leaders.

* Remember that no candidate can totally eradicate poverty among us. Chances are they have very little knowledge in economics and I bet they don't anything about poverty at all.

*Before you cast your vote, I suggest that you take out your annual payslip and reconsider the section where you pay your taxes. Total the numbers and multiply by 6. Look at the name on the ballot and decide if the person you're voting for is worth trusting with every centavo of your earnings. Your earnings from your own sweat, blood and tears.

It is with a heavy heart to realize that what we now have isn't the obligation to vote using our conscience and heart judgment. Rather, majority of today's population is gullible, and part of my responsibility as a blogger, writer and online infuencer is to educate and persuade people.

Election day is the only day when we are all equal. Don't let any religion, campaign jingle, or misleading political ad fool you. Vote wisely, Filipinos! The future is in our bloody hands.

Special thanks to Comelec's Mr. James Jimenez, Mr. Skid of Smartmatic and Mr. Arpee Lazaro for the opportunity.