Does my vote really count?
Have you ever asked yourself: "Does my vote really count?" Well, it depends on how you look at it. Some people I know might say, “Here comes another election, but what difference does it make?” Not much, especially if you keep complaining yet you don’t actually do your part by means of casting your own vote during the elections. If only you’d do your share in making our voiced be heard, then soon there might just be big changes. 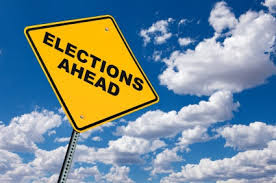 
Maybe Not So Much

Your vote might not count for much.  This May 2016 an estimated X people will vote. How much should one vote count? Strictly (and fairly) speaking, your vote should count 1/x. Or, in other words, not much (Ok, so this is how we do algebra in the social sciences.).

But, your vote, even speaking strictly, might really count a bit more.  Since the electoral vote in national elections is the total result of election returns, you have to ask: "How much does my vote count?" To add to the likely closeness of the vote, your vote (and the votes of other people like you who are wondering whether or not they should even vote) could count a lot, probably more than it should... strictly speaking.

Maybe More Than You Think

Your vote probably counts more than you think. This is because voting is not an isolated act.
The act of voting in a particular election is similar to the act of shooting a particular basket in a basket ball game. Imagine Kobe Bryant thinking, just before he takes a shot, "Oh, gee, this is only one basket, even if I make it, which of course I will, how much does one basket count?"  That's a silly way to look at taking a shot in basketball. And folks, the truth is that voting is not all that different.

Those who vote don't just vote; they do other things, too. Indeed, voting is only one of the many ways people can participate in the life of their nation. Moreover, people who vote usually have engaged in many of these other forms of political participation before they vote. So, if you vote - and perhaps, even if you only think about voting - you are more likely to engage in lots of other forms of political participation. In this way, you magnify or leverage your vote, thereby having much more political influence...more, even, than you deserve... strictly speaking.

While pundits and activists bemoan the consistently low levels of turnout in the Philippine elections, majority of us are perplexed by the millions of citizens that DO vote. Political scientists have tried to calculate the probability that one vote will make a difference in a Presidential election. They estimate that the chances are roughly 1 in 10 million to 1 in 100 million. This does not give an individual much incentive to vote. In a recent survey, we asked respondents to estimate the same probability. “If you vote in 2016, what are the chances that your vote will determine the winner of the Presidential election?” Some of the responses are illuminating.


Not surprisingly, Filipinos vastly overestimate the chances that their vote will make a difference. Our median respondent felt that there is a 1 in 1000 chance that their vote could change the outcome of a Presidential election, missing the true chance by a factor of 10,000. However, this dramatic overestimation does not explain the prevalence of turnout, because those who actually vote know that this probability is low. Over 40% of regular voters know that the chances of a pivotal vote are less than 1 in a million. Amazingly, turnout is negatively correlated with the perceived chances that one vote will make a difference—meaning the less likely you are to think your vote will actually matter, the more likely you are to vote. 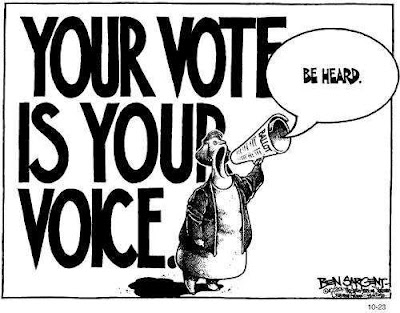 If citizens realize that their vote won’t affect the electoral results, why do they vote at all? Citizens receive extrinsic benefits from voting that are unrelated to the chances that their vote will actually matter. When I was a volunteer for Parish Pastoral Council For Responsible Voting (PPCRV), we once spent the Election Day talking to voters in two suburbs. We asked them all a simple question, “Why did you vote?” Two-thirds of voters first mentioned extrinsic benefits while only one-third mentioned their concern for the results of the election.


“I always vote.” “It’s a civic duty.” “Many have fought for our right to vote.” “Voting gives you the right to complain.” These were the types of answers we received. Most voters made no mention of issues, candidates, or policies. When asked about whether their vote would change the election results, most acknowledged that the chances were low. Nonetheless, many held out hope saying, “You never know” or “The election could be close.” It appeared that most voters had never even thought of the chances that their vote would matter until we asked them, and some admitted so. This observation tells us a lot about why people vote. If forced to think about it, most voters know that they won’t change an election result; but they don’t care. They benefit from voting, regardless of the electoral outcome. Voters enjoy wearing stickers, expressing their views, fulfilling their civic obligation, and earning the right to complain. Sadly, for most of them, that’s reason enough.

Here are a few reasons why your vote does count:

1. You get to complain all you want. If you don't vote, you can't complain (and we're all pretty good at complaining). Do you feel strongly about taxes, your health care or the size of our military? If these or other issues matter to you, then your vote matters, too. If you don't head to the polls or send in your absentee ballot, you don't get to yell at the TV later on.
2. Vote ratios matter. Even if you live in a state that swings one way or another, the ratio by which the candidates win or lose matters. A landslide win makes for a more powerful politician than one who barely squeaks by. Your vote can either help keep that power in check or give it an extra boost.
3. The pollsters might be wrong. It's easy to get discouraged about voting if you listen to the media’s predictions. But if you're old enough to vote, you're old enough to know the media can get things wrong.
4. You’re only one person, but so is everybody else who votes. If millions of people stay home because they think their votes don't count, the people who do turn out to vote become much more powerful. Are their voices really more important than yours? Your vote is your voice. Elect to be heard.
5. Your vote always counts.Not just in close elections. In every election. Remember #4? Your vote counts the same as every other individual who votes. Just make sure you send your ballot back by your state’s deadline!
6. You can vote from literally anywhere in the world. Vote by absentee ballot when you’re deployed or away from your polling location and the same goes for your spoud and any eligible family members. If the process seems overwhelming and confusing, contact your voting assistance officer for help.
7. You don't have to be an expert on the issues to cast your vote. There’s no need to pull an all-nighter before sending in your vote. You won’t be graded.
8. You're part of the military family. Elected officials make decisions about many things that affect you, including military benefits. It's your life — make your voice heard.
9. You live in a democracy. Voting is one of your most precious Filipino rights. Enough said.


Now, the question is, who among the presidential candidates is deemed as perfect for the position to be vacated by outgoing President Noynoy Aquino.
For me, it’s always been Mar Roxas. The 58-year-old Roxas is a graduate of the University og Pennsylvania’s Wharton University and a former investment banker in the Big Apple based Allen & Co. He also served as trade secretary under former presidents Joseph Estrada and Gloria Arroyo. He was elected senator in 2004 with the highest total recorded.


May’s presidential election is the biggest wild card in the Philippines. At stake is sustaining Aquino’s success in curbing corruption, boosting growth and trimming the budget deficit -- a record that won the country an investment-grade debt rating for the first time.
Roxas said he will give local governments more autonomy to decide their budgets in a system that rewards efficient spenders. He will review the law to reduce power costs to attract more factories, increase investment in agriculture to reduce wastage while strengthening education and infrastructure to support tourism and outsourcing. 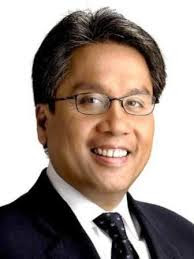 Mar Roxas is truly the man who can lead the country to even greater heights and assure workers and their families of a brighter future. He’s the only one who possesses proven competency, unsullied reputation and unwavering commitment required of a President, as manifested by his proven track record in government.