The Significance of the People Power EDSA Revolution 30 Years After 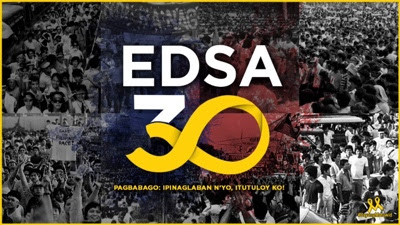 I was very young when the 1986 EDSA Revolution happened. Seeing all the choppers and military tanks were rather vivid memories for my five-year-old self. I could still recall how I wanted to have that cute bespectacled Cory Aquino doll in matching yellow blouse and skirt. But I guess I was too young to understand everything that's happening at that tender age. I also remembered seeing people from all walks of life with a "Laban" sign on their fingers and hearing them chant: "Tama na, Sobra na, Palitan na." And the lovely exchange of flowers and rosaries between the military, the nuns and priests. But to the millennials, how significant is the People Power Revolution to the youth nowadays? Is it still perceived as an important part of Philippine history or simply a day to look forward to because it's always considered a "holiday" and therefore it means, "no classes or work" for many? 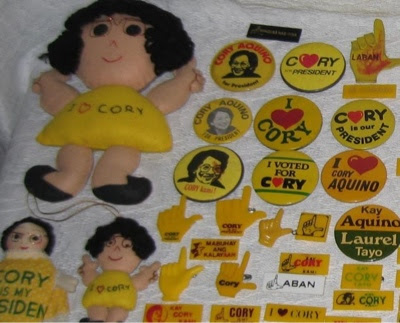 As we celebrate the 30th anniversary of the People Power Revolution today, let us all remember how our fellowmen fought for our freedom and justice back then. EDSA People Power was a bloodless revolution held on the long stretch of Epifanio delos Santos Avenue (That was 54 kilometers!) with corresponding movements elsewhere in the country. EDSA was the venue where Filipinos showed the world that a peaceful demonstration was indeed possible.  It was a day that gathered all Filipinos in unity with courage and faith to prevail democracy in the country. It was the power of the people, who assembled in EDSA, that restored the democratic Philippines, ending the oppressive Marcos regime. Hence, it came to be known as the EDSA People Power’s Revolution. 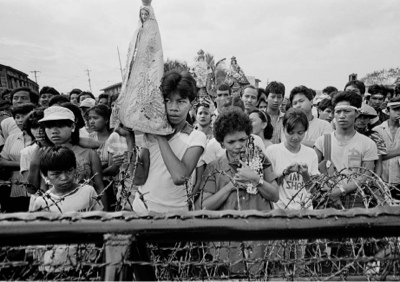 It all happened on February 25, 1986, and it has marked a significant national event that has been engraved in the hearts and minds of every Filipino. This part of Philippine history gives us a strong sense of pride especially that other nations had attempted to emulate what we have shown the world of the true power of democracy. The true empowerment of democracy was exhibited in EDSA by its successful efforts to oust a tyrant by a demonstration without tolerance for violence and bloodshed. Prayers and rosaries strengthened by faith were the only weapons that the Filipinos used to recover their freedom from President Ferdinand Marcos’s iron hands. Thousands of Filipinos, armed only with courage, faith, and resolve, congregated in the streets to protest the untenable environment created by Martial Law and demand that President Ferdinand Marcos step down. 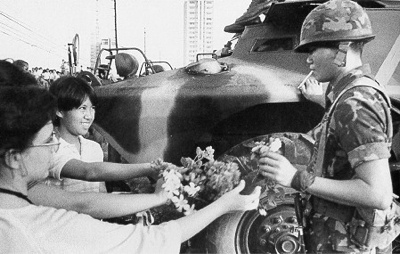 Certain events had been building up to this particular milestone in our nation’s history. Although all these stuff may not mean much to the youngsters of today, as all these can only be learned through required Philippine history textbooks, EDSA People Power Revolution was truly a huge part of who we are as Filipinos. Here’s a bit of a backgrounder:

Marcos’s term as president, especially after the promulgation of Martial Law in 1972, was characterized by widespread repression of rights, the lack of freedom of speech, and the President’s manipulation of the government’s legislative, judicial, and military arms. All these indications of oppression and tyranny climaxed in 1983, when Benigno "Ninoy" Aquino —a politician who was well-loved by the people and who posed a threat to the President’s regime— was assassinated upon arriving in the country after a self-imposed exile. 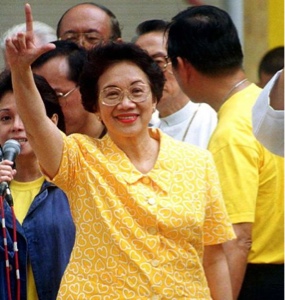 However, February 22, 1986, signified the end of a people’s tolerance of this widespread abuse of power, as well as the beginning of a united struggle for concrete political change. It was clear that the Filipino people, having suffered under Marcos’s reign for 20 years, were no longer going to allow themselves to be subjected to despotism and the curtailment of their liberty.

The civilians comprising the multitudes in EDSA gave one another aid, support, and protection as they carried out peaceful demonstrations and faced the incoming military forces deployed by the President. People held prayer vigils, rallies, and processions and joined in unified cries of dissent against Marcos’s authoritarianism.

This peaceful revolution lasted three days. On February 25, 1986, our nation finally saw the end of 14 years under a cruel dictatorship: the president and his family fled to Hawaii, and Corazon Aquino, Ninoy’s widow, became the country’s new president. 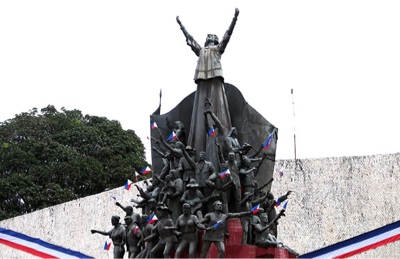 Despite the EDSA revolution, the democratic political system of the Philippines is still fragile and flawed. Patronage politics still hinders the development of democracy and resources are still at the hands of the few. However, the fall of Marcos and the collapse of the Communist movements has discouraged non-democratic alternatives to politics. The revolution also provided the restoration of democratic institutions after thirteen years of authoritarian rule. These institutions can be used by political and social actors to challenge the entrenched political clans and develop Philippine democracy. 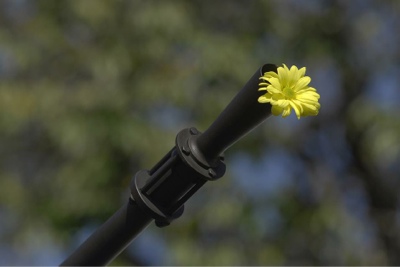 While the EDSA Revolution is almost universally acknowledged as a great example of democracy at work, many political scientists and sociologists have commented that the Philippines has largely failed to actualize the possible gains from a fresh change in government, including the new constitution. Among the conditions cited are the overall slow growth of the Philippine economy, especially compared to that of other nearby Southeast Asian countries, the essentially unchanged political atmosphere in the country, and the general feeling of worsening living conditions, especially among the poor sectors of society. 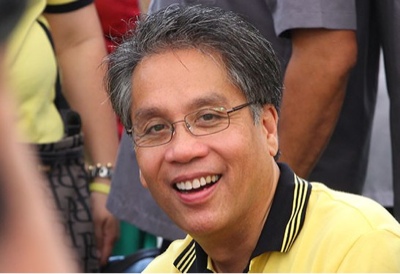 Thirty years later—and for decades after, our nation still recognizes the significance of that particular period in our history. Today, as we celebrate the anniversary of the EDSA Revolution, may the statues (People Power Monument and Our Lady of Peace) of political freedom serves as an eye opener and a reminder that we shouldn't allow ourselves to be abused by a politician's power. May EDSA People Power's glorifying demonstration continue to strengthen the meaning of democracy and may it also serve as a reminder that this upcoming elections, the future of our beloved country will rely upon our bloody hands. Everything depends upon who we will entrust our dear country to as its prime leader. Think wisely before you cast your vote. Bear in mind that each vote will help restore the democratic institutions of government. If you were to ask me, I will stick with #BayangMatuwid. I'd still go with Liberal Party standard-bearer Mar Roxas and his Vice-Presidentiable Leni Robredo. 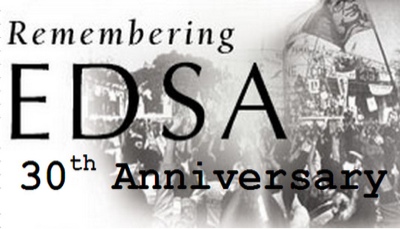 In honoring the memory of the 1986 People Power Revolution, all of us are called to work for a lot of things, one is to do the right thing by our conscience, our fellow human beings, and our country. Roxas, just like the late President Corazon Aquino is a man of integrity. He rightfully deserves to become the next Philippine President. And we could all sleep soundly because he's a God-fearing man, we're sure we will be in good hands--hindi siya magnanakaw sa kaban ng bayan.


Follow #BayangMatuwid and be updated by following them on social media sites: