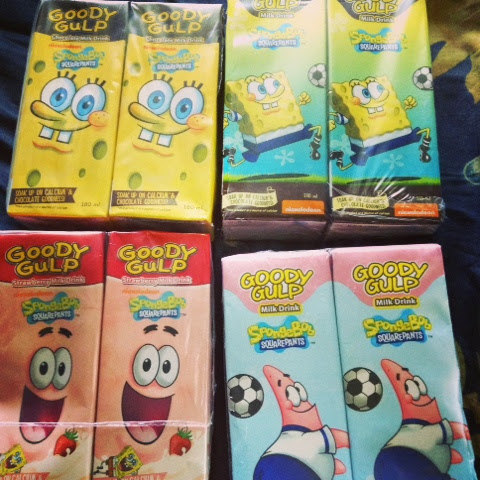 I know that we've just finished having a giveaway but since September is my birthday month, we've decided to give out some more since Purple Plum Fairy has been commissioned to hold this giveaway from Goody Gulp.

My beloved Kyle had always been a fan of SpongeBob Squarepants. He adores his funny antics and he's fond of watching him all the time on TV. So what happens when he sees his favorite SpongeBob cartoon on a milk chocolate drink tetra pack? Well, he's been over the moon the first time he has tried it. You see, Kyle sort of had a milk-taste fatigue. He's not lactose intolerant, but he wanted to try other drinks. Our bones are like banks--we should start sustaining our calcium needs as we grow old to ensure that we will be Osteoporic when we get old. Milk is an important aid in bone development. Of course, as a parent, I didn't want to sacrifice his calcium needs and it's such a good thing that SpongeBob Goody Gulp indeed is a pretty good alternative! 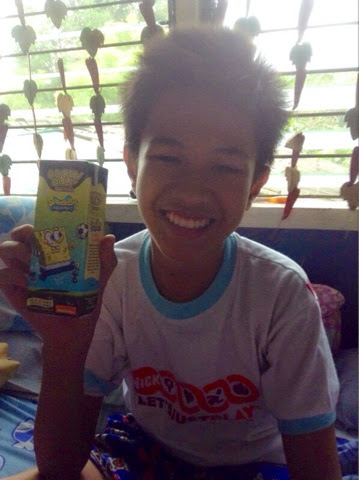 SpongBob Squarepants Goody Gulp is also a perfect snack or baon for school. But it's best when it's chilled, straight from the fridge. Kyle's addicted to the SpongeBob Goody Gulp in chocolate. I liked the Patrick Star Goody Gulp variant though. It had that sweet strawberry taste and the creaminess of milk without overpowering each other. It tasted just right, not too sweet not bitter. And it does not have any bad after taste unlike other stuff we've tried before.

SpongeBob Goody Gulp was made from New Zealand Milk without any preservatives so you can be assured that it'll not only be delicious but also safe. The packaging says it's a natural source of Calcium, Vitamins and minerals for kids, young, and those young at heart. It's available in two sizes:180ml and 230mL and two variants: Chocolate and Strawberry! 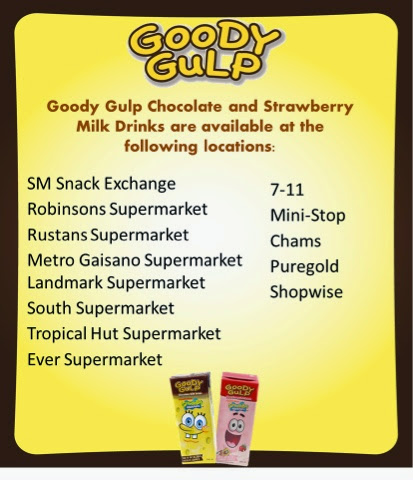 If you'd like to win awesome SpongeBob Goody Gulp drink gift packs, and stand a chance to win a limited edition SpongeBob Squarepants Speaker, Purple Plum Fairy is hosting it on my blog. There will be 1 winner of the cute limited edition SpongeBob Squarepants Speaker and 2 winners of a Goody Gulp gift pack each. This giveaway is only for Purple Plum Fairy readers in the Philippines. Contest ends on October 7, 2014 at 12nn. 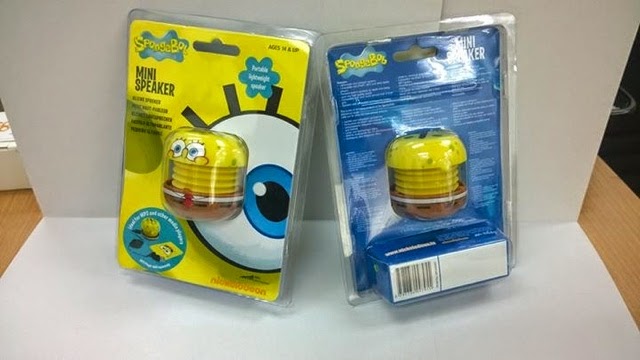 NOTE: Please follow the instructions carefully. And VERY IMPORTANT: PLEASE ANSWER ON THIS GOOGLE DOC LINK FOR EASY VERIFICATION. Failure to do so will be subject to disqualification. Thank you.