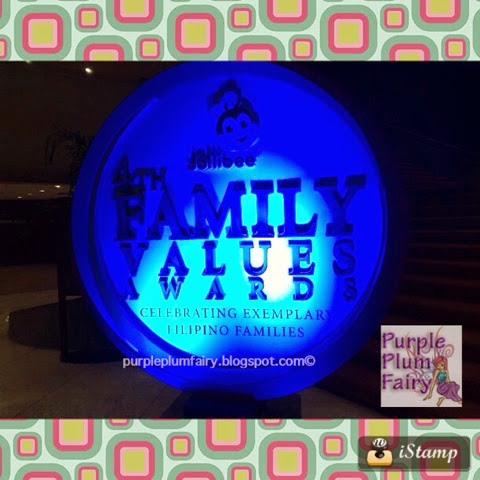 Filipinos are naturally family-oriented, that's why we have extended families and we know each other's names from the oldest family matriarch all the way down to the so-called "apo sa tuhod or for the luckier ones, even the "apo sa talampakan" (meaning great, great grandchildren). But there are those whose love for family goes beyond one's kin, extending unconditional love to their fellowmen who are in need. And these families were the recipients of the recently concluded Jolibee 4th Family Values Awards. These were the exemplary Filipino families who had shown values that will make any Filipino be proud of being one. 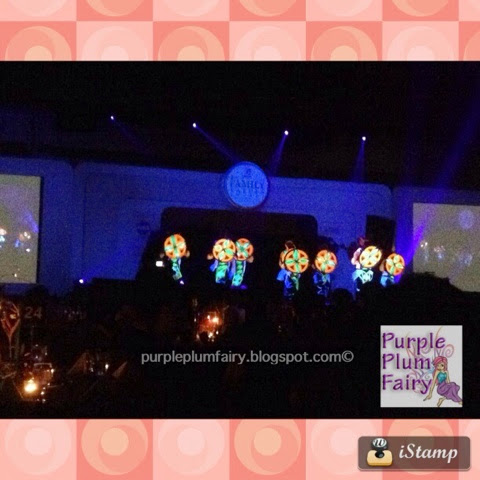 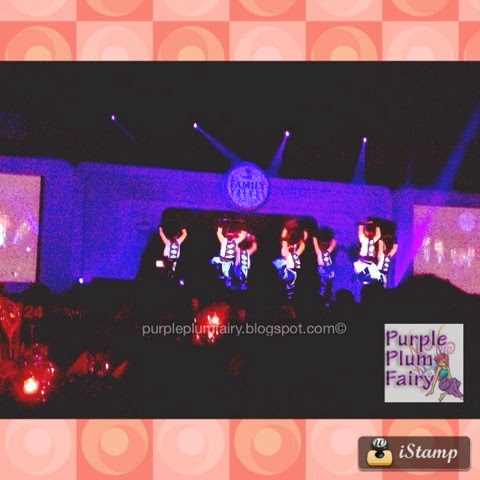 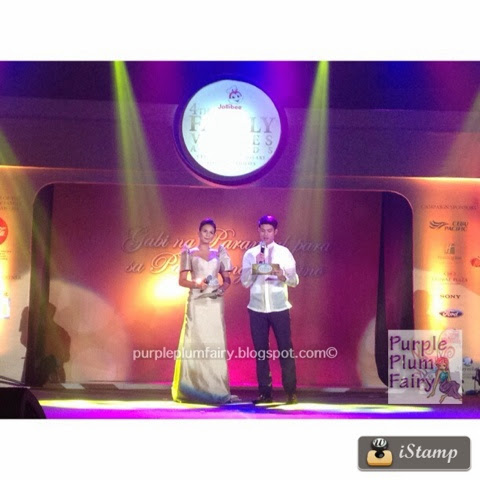 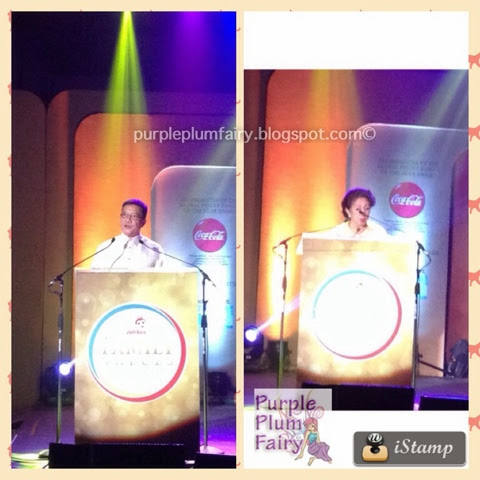 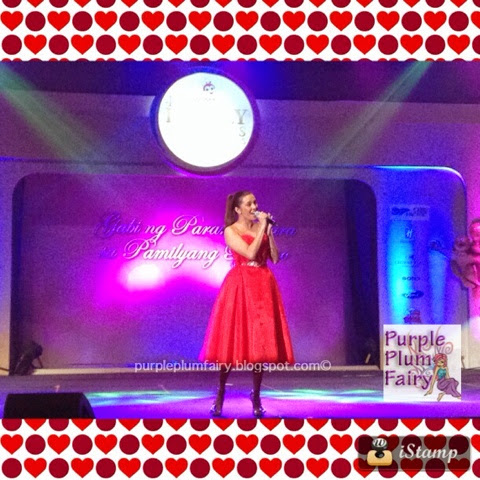 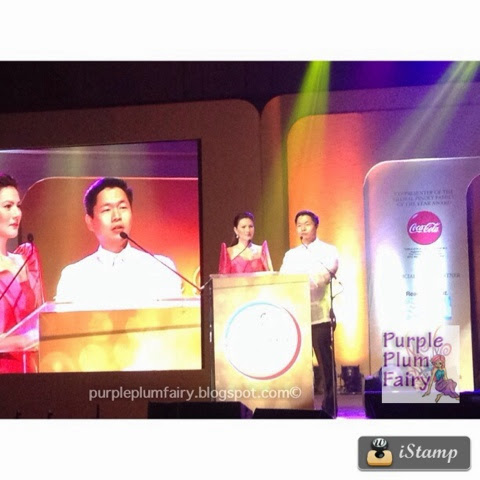 GONZALES FAMILY
I was privileged to have met these families during the awarding night held at the Philippine International Convention Center (PICC). Among these kind-hearted families is the Gonzales family of Cubao, Quezon City (Special Citation for Persons with Disability (PWDs). It had been their advocacy to raise awareness about autism and offer support to other families who has a loved one with the same condition. In 1982, Octavio and Jean Gonzales' son Magiting was diagnosed with autism and at that has made them aware of the lack of knowledge and understanding on how how to handle such special condition in the Philippines. They used their own savings and sought help from other relatives so that Jean can undergo training in the US to be able to share what she has learned with others when she comes home.
In 1999, the Gonzales couple established the Philippines Association for Citizens with Developmental and Learning Disabilities, Inc. (PACDLD), which provides counseling and livelihood programs for parents of children with autism, as well as art workshops for kids. In partnership with the Department of Health, the organization also holds seminars on helping identify children with disabilities, providing training to daycare teachers, rural health units, and barangay health workers. The PACDLD also put up Parent Resource Centers in different areas across the country where parents from poor communities can bring their children and get free check up and diagnosis. As of date, through the family's efforts, 10,000 families nationwide from Metro Manila, Baguio and even as far as Zamboanga. Dakila, the eldest among Gonzales kids is based in Europe but continuous to help raise funds for e family's projects. Mayumi, a teacher specializes in autism and acts as a consultant for regular schools with special kids. Octavio andh is son Marangal also provides sports trainings for persons with special needs, including boccia, a ball sport for those with cerebral palsy, and bocce, a game for people with intellectual disabilities. 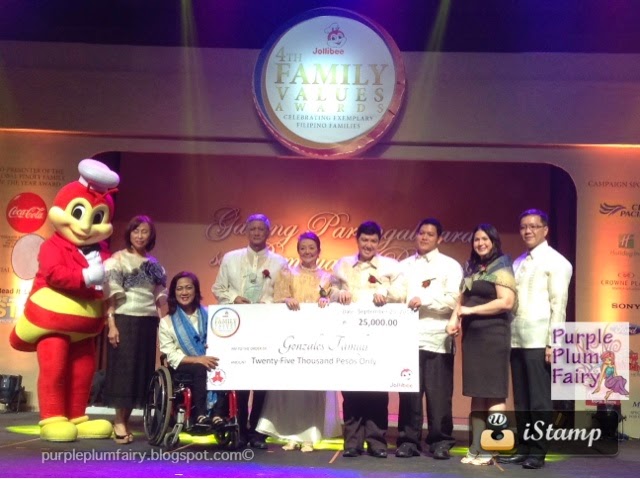 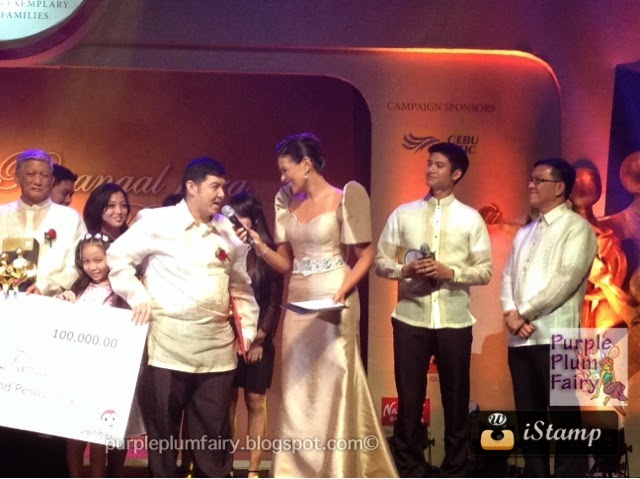 MANALAYSAY FAMILY
The Manalaysay family of Cavite City is also a proof that family isn't just about blood relation. It's more about connection and commitment. Harnin or Tatz, has been actively involved in various projects and activities for the benefit of the underprivileged kids. In 1985, Tatz has established Club 8586, a Bible study group for youngsters. The organization eventually grew to offer literacy and values formation program, sports festivals and talent enhancement activities using education to dissuade poor kids from joining fraternities.
Since 1992, Tatz had been holding weekly tutoring lessons for street children, teaching them basic math and spelling, as well as proper hygiene. His work led him to meeting Cris "Kesz" Valdez--the young boy who was scavenging at age two to help earn money for his family, who'd often run away from home, slept on the streets and open tombs to avoid beatings from his father. When Kesz was five, he fell into a pile of burning tires and sustained severe burns. It was Tatz who had rescued the boy and eventually adopted him to become his legal guardian, raising him along with other kids as his own.
Inspired by his foster father's generosity, Kesz established his own foundation--the Championing Community Children (C3), when he was seven years old. Under the guidance of Tatz, the young boy and his friends raised funds to provide toys, hygiene kits and slippers to poor children. Because of Kesz efforts, he was able to help more than 10,000 kids in Cavite and was awarded the International Children's Peace Prize. He was also hailed by Nobel Laureate Desmond Tutu.
Tatz, is also known as the mentor of 2009 CNN Hero of the Year awardee, Efern Peñaflorida, the man behind Dynamic Teen Company and KaritonKlasrum, which uses pushcarts as mobile classrooms to provide quality education to street children and out-of-school-youth.
Palacio Family from Pandacan Manila are active volunteers of the Families and Children Empowerment and Development (FCED), a non-profit organization that promotes social and economic development in depressed areas in Manila. They visit different depressed areas to teach values and basic reading and writing to street children. They visit these communities on foot on a weekly basis without receiving any compensation. They also facilitate peer-to-peer activities with topics such as bullying. 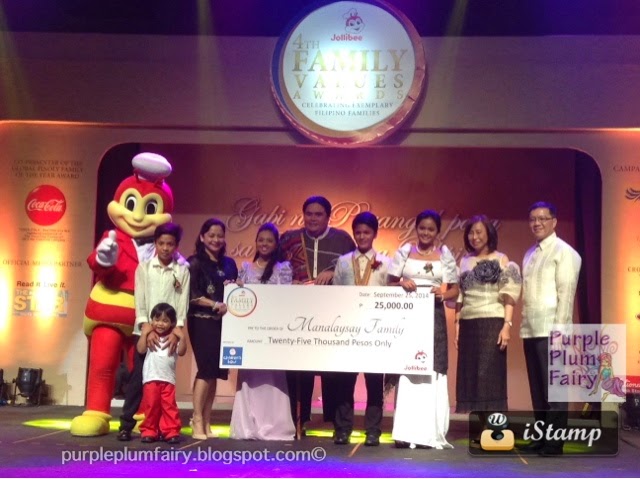 VILLA-WILCOX FAMILY
Villa-Wilcox family from San Jose, California is this year's Jollibee-Coca-Cola Global Pinoy Family of the Year. They have a special citation for education. In 2008, they've established Project PEARLS (Peace, Education, Aspiration, Respect, Love, Smiles) that provides educational, scholarship and feeding programs to underprivileged children from Bulacan, Manila, and Zamboanga, as well as Dagupan, Caloocan, Guimaras and Masbate. In 2010, the family also introduced Project PEARLS to the children of Ulingan, a slum area in Tondo that earns a living out of making charcoals. Since then, they hold weekly feeding program, offered scholarship grants and hold quarterly medical mission for families there. All the members of Villa-Wilcox family play an active role in various outreach activities of their organization. 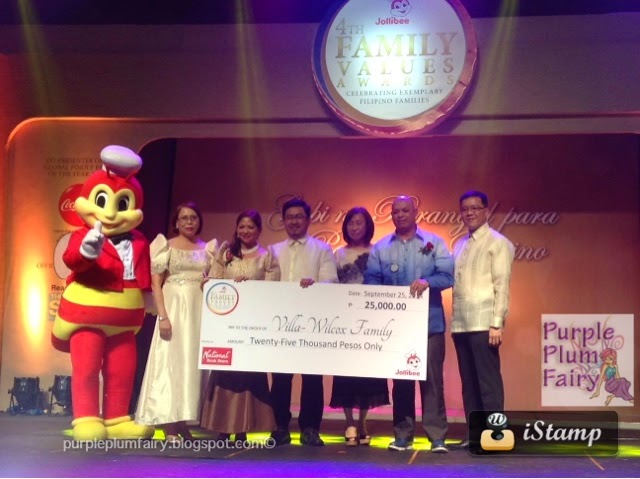 Special Citation:
HAGAD FAMILY of Singapore
Special Citation for the Environment--In 2011, Hagad family bought a property in Daliaon, Davao City. They found out that the area did not have sustainable water supply and residents had to walk one kilometer to get water from a communal deep. They've funded the construction of waterworks system and worked with barangay and other experts so that the community eventually had access to clean water. They also had gift giving programs. They've given away school bags and donated medical devices such as blood pressure monitors with stethoscopes, nebulizers and wheelchairs to barangay. 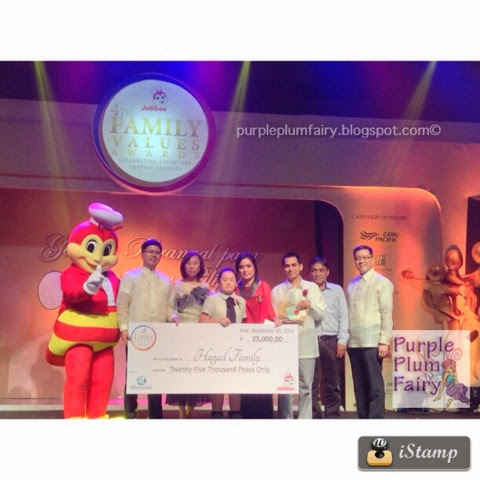 MACALINTAL FAMILY
Special Citation for Minority Groups
A teacher at Aurelio Arago National High School, Alvin observed that many Mangyan students dropped out of classes because of various struggles. They had to walk 30 kilometers for five hours just to get to class, or go by boat paying P250 monthly fee. This motivated him to establish BalayLakay, a home center for Mangyan students who live far from the campus. The family is also involved in other projects such as Hapag ng Pamilyang Mindoreño, helping facilitate pre-cana seminars for couokes who are getting married. Alvin and his brothers akso send 14 scholars to Aurelio Arago National High School. 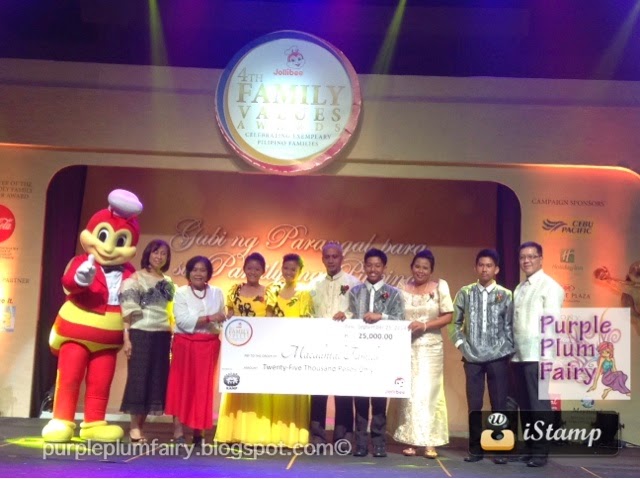 SOLIDUM FAMILY
Another family from Pandacan, Manila uses their god-given talents and expertise to educate the public about dengue prevention. The parents are active with the Dengue Remove Program, a commissioned research of the Department of Science and Technology--National Research Council of the Philippines (DOST-NRCP), with Dr, Judilyn as head of the eco-socioeconomic arm while Dr. Gilmore, serving as research specialist.  The couple created storybooks such as Moskee Ang BampirangLamok, Dinudugosi Dino, Huwag Mokong Kagatin: Ang KwentongBatang Na-dengue. Published by the DOST-NCRP, these books shed light on how people can prevent mosquito infestation, symptoms of dengue, and the actions one should take in case he gets dengue fever. The family does storytelling sessions in different Metro Manila schools that are known as dengue hotspots. Dr. Judy created workbooks and coloring books on dengue while her son, Geoff did the illustration of these books and composed two songs about dengue called Dengue Slayer Ako and Aedes Aegypti. The Solidum family holds annual Kwento Concierto, a benefit stroytelling concert. The proceeds of which goes to the dialysis fund of the pediatric kidney patients of the Philippine General Hospital.
SERRANO FAMILY
The Serrano Family of Taguig City is an advocate of children's education. Pastor Nestor and wife Maryann, a professor, founded the Champions Alive Foundation, with the aim to provide free education to out of school youth and adults. The organization gives free review classes for underprivileged Filipinos from 15-66 years old. It's committed to help keep children off the streets and away from drugs, petty crime and bad habits. Each of the Serrano children had important roles on the said foundation. The eldest daughter Pinky serves as the free day care supervisor. Nessam leads the Alternative Learning System, an educational program for those who want to attend classes, but are unable to do so because of work. Daniel heads the family's music and youth ministry, which offers voice lessons and classes on how to play violin, guitar, organ and piano. The youngest, David, is in charge of the weekly free taekwondo lessons, teaching martial arts to 30-50 students. The Serranos also have outreach and feeding programs to impoverished communities in Ilocos, Baguio and Antipolo.
Posted by Vance M. Ramos at 8:57 PM