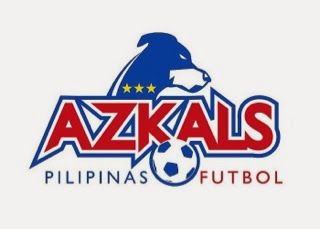 Filipino football fans celebrate as the country’s national football team now ranks first in South East Asia, according to the FIFA World Ranking released on October 17, 2013.
The country achieved the four-spot increase in ranking following Azkals’ victory against Pakistan in the recently concluded Peace Cup in Bacolod last October 15, 2013. Coming in at 137, this is the highest ranking the country has achieved to date, beating out Thailand whose ranking had gone down four spots to 143.
As the national football team prepares for its next friendly game against the United Arab Emirates and  India in November, Filipinos realize that our country’s team has indeed come a long way in their journey to fulfilling what many of us dream of – to compete against and level with the best football teams all over the world.
​Several years back, it was a big challenge for Azkals to even gain notice from the Filipinos, who are more hooked on basketball than any other sport.  “It took a while until the Filipinos caught on the Azkals’ potentials.  But motivation and passion are contagious feelings. The team owes its achievements to having a common goal. Staying focused on a common vision takes a lot of team discipline. Determination to follow through to reach that goal requires hard-work, lots of practice, coaching and guidance,” said Azkals Team Manager, Dan Palami. 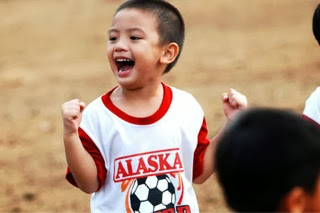 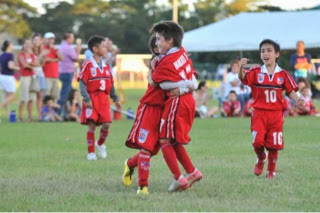 Sharing the Azkals vision of championing Philippine Football, Alaska Milk Corporation supports young, aspiring players who are out to become the best players in the country.  Throughout the years, even when there was little enthusiasm for football Alaska has carried through in fostering and preparing young athletes for the triumphs of this game.
By providing venues wherein young players may discover and display their inherent flair for the sport, Alaska encourages young athletes as they strive to become the country’s future Azkals. Under the Alaska Sports programs, the Alaska Power Camp hold football trainings every summer, while advocating discipline, team work, hard-work, determination, and sportsmanship.  It culminates in May with the Alaska Summer Football Festival, in preparation for the Alaska Cup held annually in November – the biggest football tournament in the country, for the last 17 years. 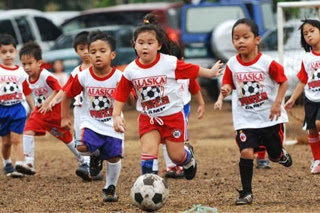 As the Azkals prepare for another exciting game against UAE, they continue to inspire with their passion for football.  Alaska Milk thus cheers on while encouraging young Filipino players to overcome their challenges in becoming Azkals someday. With hard work, determination, team work, sportsmanship and discipline – Alaska Milk believes that young football players can achieve their goal of becoming one of the Team Azkals!
Visit www.alaskapowercamp.com/football for more details and follow @ALASKAsportshub for live Twitter updates.
Posted by Vance M. Ramos at 2:56 AM