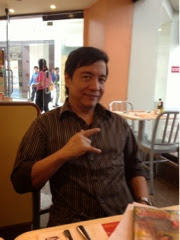 Here's a name and face you probably haven't heard and seen in quite a bit: Nonoy Zuniga. Yup, the pop balladeer who made hearts-a-flutter with his OPM (Original Pilipino Music) hits such as chart busting "Kamusta Ka", "Doon Lang", "I'll Never Say Goodbye", and "Love Without Time". The last Philippine music industry had news of him was when he had a concert in Davao and General Santos City. It is because Nonoy is now based in Las Vegas, Nevada. Yet, he hasn't totally turned his back on singing though, because this crooner continues to perform to packed audiences in the States. Nonoy however makes it a point to visit the Philippines at least twice a year. 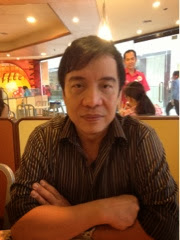 My Mom used to sing to me "Doon Lang" as a lullaby because when she had me, she hasn't finished college yet.  Last week, I had the privilege to meet and had an exclusive interview with the voice behind the song. There's definitely more to Nonoy Zuniga than meets the eye. He's achieved a lot in the music industry but Nonoy is probably one of the most down-to-earth artists you'll ever meet. I no longer wonder why despite the rise of new singers, Nonoy Zuniga manages to stay afloat amidst other equally talented artists. "Among the young singers that we now have, I like Mark Bautista and Christian Bautista. They both have a bright future ahead of them," says Nonoy. But it is veteran singer Basil Valdez that Nonoy really looks up to. 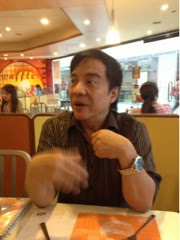 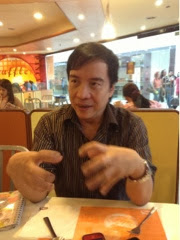 Known as the country's only singing doctor (he's a non-practicing dermatologist), (Nonoy would prefer to say that he's a doctor who can sing because being a doctor came first before singing.) But Nonoy never really imagined himself as a singer. "My dad raised us to perform. As a kid we would do production numbers before him as a form of family bonding. Thus, all my siblings could sing," relates Nonoy. Such training eventually paved the way for Nonoy to fall in love with singing. From someone whose rise to fame began by singing as a vocalist for a band named Family Birth Control in the late '70s,  Nonoy has inspired a lot of people with his powerful and soulful voice. He also tried to dabble into acting via a tele-movie with Gina Alajar and a full length movie with now Batangas Governor Vilma Santos as his leading ladies. Indeed, Nonoy Zuniga has truly come a long way. 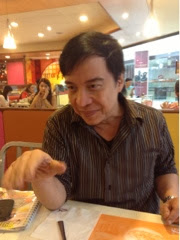 Nonoy has his hands full with a series of concerts here and abroad on top of his business, volunteer work and environmental advocacies. He's also wrapping up an album as his tribute to the OFWs (Overseas Filipino Workers). "We've come up with the idea of creating an album dedicated to OFWs. Although we do have songs about them, there isn't an album for them. So this concept is something fresh that hasn't been done before," explains Nonoy. "There are a lot of interesting stories when you deal with OFWs. There are the distances, LDRS(long distance relationships) they try to keep the relationship intact. There's also the exact opposite, where they separated for good. While some are more inspirational--that the reason they're abroad is to help the family to earn a living," Nonoy enthuses.

When he's not busy conceptualizing a new album or rehearsing for an upcoming concert, Nonoy wears his entrepreneurial hat for his company called NOW--Natural and Organic Ways, about healthy food and healthy living. 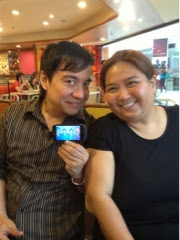 Nonoy Zuniga has just released a new single via digital download from My Tunes entitled Hanggang Dito which is predicted to become another hit. Composed by Cristina Suzette del Rosario, Hanggang Dito is a heartwarming song that speaks of the pain and heartaches as the relationship is about to end. Nonoy has performed the said song before a live audience in his recent concerts in Davao and General Santos City. This early, the song is an instant favorite and had numerous positive feedback from music fans.

"I know a lot of people can relate to Hanggang Dito. It is a song that sends a message of love to the broken hearted. The moment I sang the first line, they enthusiastically applauded, even if it was the first time they were hearing it. In fact, some members of the audience were left teary-eyed after the song," relates Nonoy. "I do hope to include Hanggang Dito as the carrier song in my album set to be released early next year." 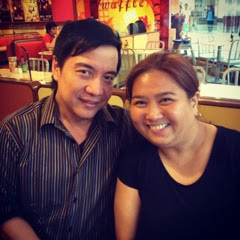 In the music industry, singers do come and go. But for someone who could be considered as an institution in the OPM scene, Nonoy advises singing wannabes," Be humble--it's that simple. Know how to keep your two feet firmly planted on the ground. Right attitude towards your work, with the people you work with. Come on time, be a real trouper and lots of practice."

In the many years that Nonoy Zuniga had been singing, would you believe that there was never a time that he's grown tired of it? "I love singing and I enjoy it so much. It keeps me going," says Nonoy. "I don't see myself doing something else apart from singing. I'd like to see myself doing more albums, perhaps as many as Ms. Pilita Corales had. She's my idol, she has made around more than a hundred albums to date," reveals Nonoy. "I guess as long as I have my voice, I'll keep on singing."