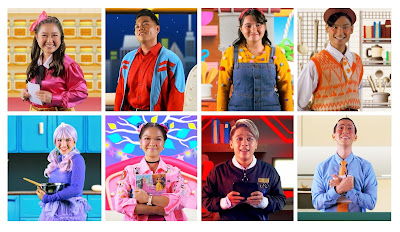 It’s finally December, and with Christmas around the corner, everyone’s planning what to do for the holidays. Don’t miss the chance to make the holiday season even more memorable by bringing the magic of Christmas, cookies, and theater into your homes! The must-see show this holiday season, The Great Christmas Cookie Bake-Off!—a production from REP Theatre for Young Audiences (RTYA)—is streaming only until December 12 on global streaming platform Broadway On Demand!
Since launching last month, audiences both in the Philippines and around the world have enjoyed this fun and a family-friendly musical created by Broadway musical director Rick Hip-Flores, brought to life by the talented ensemble of Repertory Philippines. Both kids and their parents relished the chance to root for cheerful and colorful characters, sing catchy Christmas tunes, and take home lessons that make the most wonderful time of the year truly meaningful. 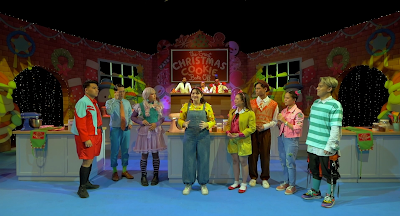 .
The Great Christmas Cookie Bake-Off! is about eight individuals who joined a televised bake-off at the Cookie Coliseum where they discover new baking skills, cookie flavors, life lessons, and the true meaning of Christmas. It stars emerging theater talents such as Becca Coates as Patty Mañosa, a beautiful sensitive soul who longs for her Grandma’s cookies; Tim Pavino as Javi Carreon, a video game buff who feels out of place in the kitchen but whose heart is definitely in the right place; Jep Go as Gabe Gomez, a bully who’s more than happy to bend the rules; Jillian Ita-as as Anna Santos, the perfect overachiever; Luigi Quesada plays Julian Zamora, a culinary artiste with a talent for fine cuisine; Justine Narciso is Amy Garcia, a Disney devotee who’s slightly scattered in the kitchen but super adorable just the same; Steven Hotchkiss is Josh Bernardo, a science enthusiast who knows his formulas; and Rachel Coates is Samantha Lopez, fun and fabulous social media fanatic who loves the spotlight. 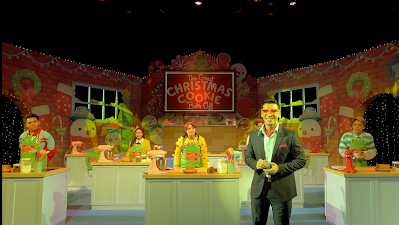 Joining the cast are REP and theater veterans like Carla Guevara-Laforteza playing multiple roles for the show—as the stylish Isabel Guevara, a food fashionista with a high sense of aesthetic and one of the judges of the bake off; as Anna’s Mom, your quintessential helicopter parent who watches every detail; and as Patty’s quirky-loving Grandma.

Arnel Carrion is also part of the show playing a double role as Michael Holmes, the meanest guy in the food industry and in the Cookie Coliseum, and as Gabe’s Dad, a big wig TV exec who pushes his son to win at all costs. Jaime Wilson plays pop singer and celebrity guest judge Del Ray who has never baked but can certainly lay down some tasty grooves! Hans Eckstein completes the cast as Larry, the faithful host and announcer of the competition.

Get your tickets now through Broadway On Demand, TicketWorld, and Ticket2Me, or via the REP Box Office by calling 0966 905 4013.