Unbeatable savings, expert advice, celebrities galore, the SM Home Fair had it all. 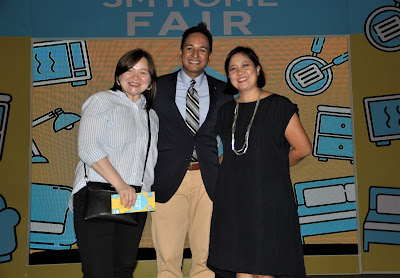 SM never does anything small, but those who came to the SM Home Fair that was held from June 28 to June 30 were left in awe by how much actually happened.  Held as a follow up to the successful SM Home Turnover Fair in 2018, just the scale of the SM Home Fair, the number of participating brands and eye-popping fair exclusive discounts would have made it the home store event of the year, but the SM Home Fair had so much more and was so much more.

For starters, celebrity interior designer Tessa Prieto-Valdez was on hand to launch the grand event.  Not to be outdone, many endorsers of SM Home’s premium brands also graced the occasion. The Kramer family was at the Uratex booth for an hour for a meet and greet.  Celebrity chef Nancy Reyes- Lumen showed how to cook in volume for family reunions for Masflex, Lifestyle’s Chef Next Door Jonas Ng wowed with interesting new ways to cook with Tefal’s clay pots. The great Gene Gonzalez taught professional cooking techniques for KitchenPro.  Japanese culinary legend Kei San shared cooking hacks made possible by Tacook,and Philippine culinary icon Reggie Aspiras showed how easy cooking can actually be with Cuisinart. 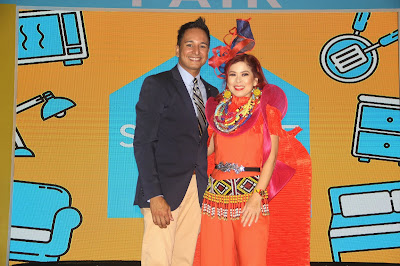 What came as a pleasant surprise to many is that SM Home actually carries appliances for making designer beverages right at home. Brewmaster Lloyd Eric Lim demonstrated just how easy it is to tweak a brew to fit your own definition of coffee perfection with Hario, and master barista Ernesto Mesina Jr. showed how Saoco and Gaggia have made it possible to be an instant home barista.

As befits an SM Home Fair though, the three-day bonanza was loaded with designer-led talks by some of the most respected and impeccably tasteful designers in the business such as Rachel Medina and Grace Moslares; as well as rising star Erika Uichanco-Villanueva.

“SM Home has always been more than just a ubiquitous home store with unbeatable prices on a wide range of home items. We’ve always strived to have our customers think of SM Home as a partner in making their house a home,” shared SM Home AVP for marketing Tom Castaneda, “That’s why this year we decided to take the store on the road, so to speak, at the SMX Convention Center Manila, and offer three jam-packed days of activities to help more people make their houses, apartments or condos homes.”

Apart from the usual talks one would expect from a home fair, this year’s SM Home Fair also featured talks on more holistic topics such as “Healthy Slumber” from Uratex, conducted by noted wellness guru and stress management coach Mary Lagdameo.  There was also a very practical talk on the very new KonMari method of organizing, given by certified KonMari consultant Christine Dychiao for the innovative Asvel brand of storage solutions. 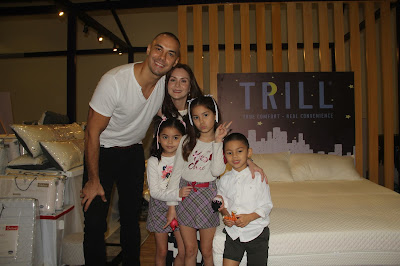 “From the moment attendees reached the registration area for the SM Home Fair, we wanted to have design inspiration waiting for them,” explained Castaneda. “Along with our own special pop-up vignettes, we asked all participating brands to spruce up their booth spaces in stylish ways, as a way of inspiring people to say ‘Hey, I think I know how I can do something like that at home.’”

“With more than 60 branches nationwide, SM Home is your one-stop-shop for the home. So if you didn't get a chance to attend this year's SM Home Fair, you can still feel at home with SM Home by visiting a branch near you; where it will you can still get great bargains on the widest range of home items.” says Castañeda.

About SM Home:
SM Home is an affiliate of the country’s leader in retail industry – SM. It is a one-stop home shop for Storage and Organizers, Furniture, Kitchenware, Glassware, Linen, and Décor items for the modern home. The company started out as SM Home Center in 1975. As SM preeminently grew to be the largest chain of department stores in the Philippines, Home Center likewise received an overwhelming response from its customers. Prompted by the need to create a separate team to manage and control its operations, it was then recognized as an affiliate of SM on April 6, 1992, officially named as Homeworld Shopping Corporation. Come 2014, due to emerging trends where Homeworld felt the need of leverage for its overall identity, it was re-branded as SM Home on August 1 Today, SM Home is found in all SM department stores all over the country.
https://smhome.com.ph/