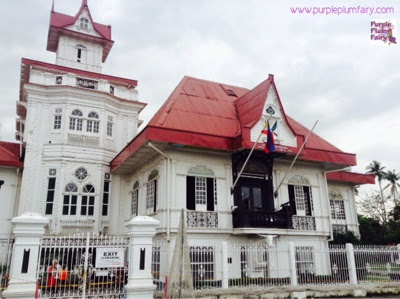 Did you know that the late President of the First Philippine Republic, General Emilio Aguinaldo had his own bowling lanes and 10-feet swimming pool at his home? Yes, siree. You're reading it right. These are some of the learnings I've had when I've recently toured the renowned Aguinaldo Shrine. As a child, I have always wanted to go to the historical Aguinaldo Shrine in Kawit Cavite where the very first Philippine Flag was raised and Philippine National Anthem was sang, but I never had the chance to do so because I wasn't allowed to join field trips then. So when I was given the opportunity to visit the Aguinaldo Shrine during the holidays as I covered Pamaskong Aguinaldo 2014 Year-End countdown, I decided to grab the opportunity. KAWIT Inc. in partnership with the municipality of the Kawit Office of PAIA are the brainchild of PAMASKONG AGUINALDO, a truly memorable and moving Christmas experience which started last December 1, 2014 and culminated last January 4, 2015. The month-long celebration is a Municipal’s project promoting tourism, culture, heritage, religion, and family highlighting the Panunuluyan of Maytinis. 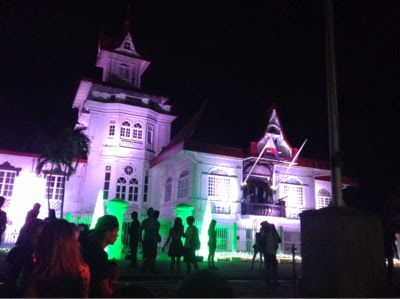 It was nice to see how the quaint town of Kawit transformed into a yuletide attraction come night time. As a touchstone of historical independence and ingenuity, the famous and historical Aguinaldo Shrine was adorned with beautiful lights, decorations, banners and other displays for a spectacular Christmas light and sound show. Thus, the Aguinaldo Shrine has always been a major tourist attraction especially during the Christmas season. This annual event indeed entices and attracts countless tourists to witness how the ancestral house is decorated with dazzling lights.  This has always prompted the Department of Tourism (DOT), municipal government, religious and civic organizations and more importantly, the residents of Kawit and its neighboring towns, cities and municipalities to grant their full support and active participation. 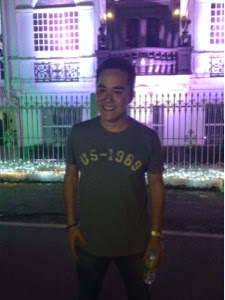 
"Pamaskong Aguinaldo is an annual month-long activities by the end of each year which is open to the public to encourage Kawit residents, families, communities, nearby towns and even tourists alike to participate and gather together at the plaza," says Kawit Cavite's charming Vice Mayor Paul Abaya (whose blood lineage is also an Aguinaldo, he's a great great grandson of the late President) whose dapper looks could pass for a celebrity. "I'm happy to note that we're now on our third year. This is also the first time that we have invited bands to perform at the plaza, so it's really one big festive party for everyone!" Abaya adds. 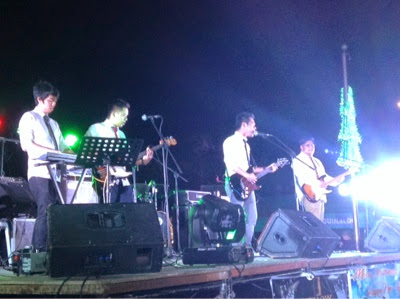 Everyone truly enjoyed the live performances of different bands such as Mayonnaise, Paraluman, Jensen X The Flips and Can't Wait Any Longer. The Aguinaldo Shrine Kawit Town Plaza was indeed jam packed with energy pulsating from the music of these bands and from the crowd as they rocked and danced the night away. There were also some on-stage games such as "Bring Me" to the delight of the audience. Lucky winners walked away with cash prizes. 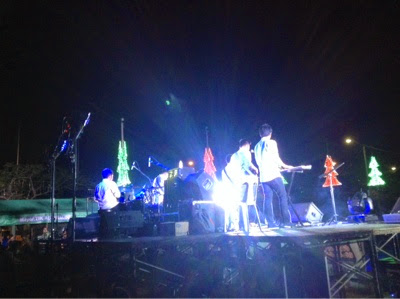 The said project also hosted a month-long Christmas bazaar at the main plaza where local merchandises and food kiosks were present. Street foods also abound and we felt like we were kids lost in a carnival. We had sampled their ice scramble in pandan flavor with toppings like marshmallows, rice crispies and rainbow sprinkles. Since it's our first time in Kawit, we've decided to maximize our visit by trying out everything and anything we could in just a short time. We loved their Tapsihan sa Marulas Court, for just Php60, you can have a yummy tapsilog that will satiate you. We also tried their version of frappe, pizza and huge bibingka (rice cake made from glutinous flour or galapong in the vernacular) with salted egg, margarine and cheese. The bibingka is as big as an actual cake and it was very filling and tasty. 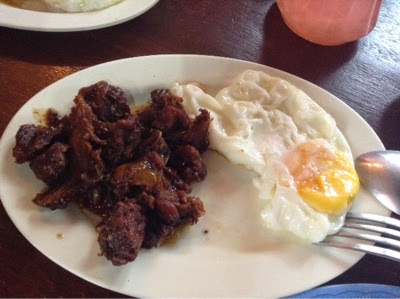 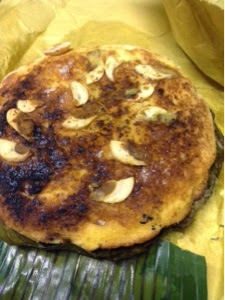 The live concert and street party ended up with a bang as there were fireworks display and pyrotechnics to the delight of the audience. Truly, it was a night to remember as friends, colleagues, family, relatives and locals from Kawit Cavite and nearby towns had a fun, fun time af the plaza. 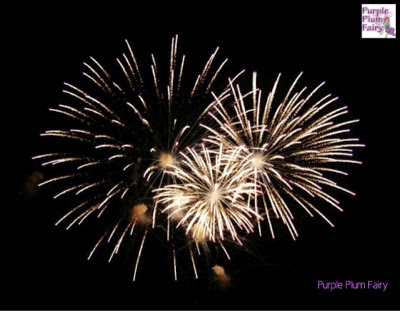 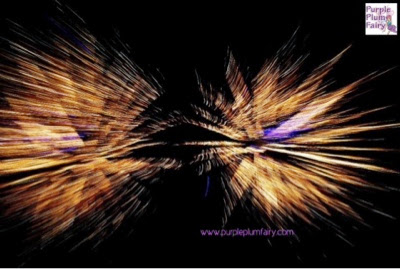 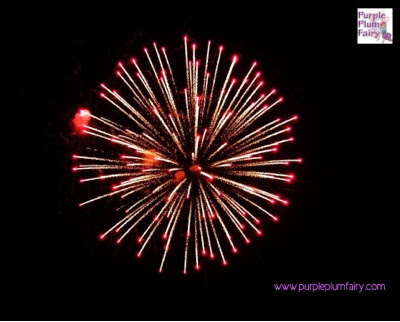 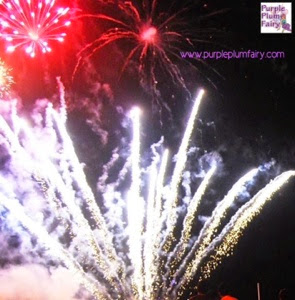 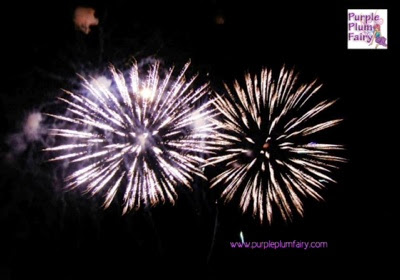 So many things to try, see and do in so little time. There's so much more about Kawit, Cavite than meets the eye--there's so much more to explore in such historical town. From the Calle Real where the Aguinaldo Shrine was built upon (it was basically part of long Calle Real originating from the one inside the Walled City, Intramuros in Manila) to the dungeon-like tunnel underneath that's said to be connected to a nearby church--Kawit brings you back in the old times yet for such a small town in Cavite, it had so much more to offer to travelers, and tourists alike. I vow to come back to Kawit Cavite again, hopefully real soon.