Who would have thought that both spooky and fun could actually go together? It was such a brilliant idea to combine these two things and Skycable’s club for kids known as Sky Fun Club had these recently when they held its annual Halloween Party via Show & Tell, a Halloween talent show at the Rockwell Tent in Power Plant Mall, Makati City.  Eager Skycable subscribers attended the said event in awesome costumes from pretty princesses, beloved super heroes, and colorful characters to eerie creatures!


Most parents will surely be able to relate with me. As early as September, most of us would start rummaging through costumes and will prepare the jack ‘o lantern trick or treat bags that our kids will be using come the season for Halloween parties. It may sound so commercialized, but let’s admit it that kids and those kids-at-heart enjoy trick-or-treating at the malls or attending parties. I had been lucky too as I had experienced the joy of Halloween parties during my childhood as well. It was indeed something to look forward to during the last week of October. 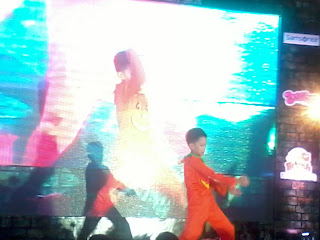 Kyle was one of those who registered to showcase his talents in the Skycable show along with eleven other kids of loyal subscribers. But before he was able to join the said talent contest, we had a whole lot of stumbling block to begin with. Kyle had to ditch his futsal class just so he could participate in the Halloween Talent show. It was really very difficult for him to do so since Kyle loved futsal. When the idea of letting him join a talent show came up, he was a bit skeptical about it. So we had to encourage him because we believed so much in his talent. Besides, this may be his last time to enjoy such Halloween parties—he might be too old next time. He’s turning eleven next year, and with that comes that awkward stage being on the verge of becoming a teen.


Kyle’s in the middle of preparing for his chess competition, second periodical exams, practicing storytelling and for this talent show, practicing another dance number for the teachers’ day, and serving as an altar boy early in the morning for two consecutive masses (during Sunday—at a public hospital and another area)—he did all of these for the past few weeks. Whew! Indeed a very hectic one!

And when we faxed his birth certificates (as part of the requirement) twice, they said it was so blurry that we had to personally present his documents at their main office. God knows how much we had to pull all the strings (meaning to say, we had to do and pass all the requirements on time within a limited time) just so he can join this contest. In fact, Kyle had just come from another contest in the morning (Inquirer’s Storytelling elimination round) and he had to compete again for the talent show in the afternoon. But when we finally arrived on the contest day proper, alas! The Skycable staff said Kyle’s not even on the official list. It turned out there had been some miscommunication on their end. Eventually, they allowed him to join except that we were told Kyle would not have his pictures on the big screen unlike the other kids because we did not send them his pics on time. We later found out that their email went to the spam folder thus we were not able to read such guidelines.

There were games, foods, and freebies, massage/pampering areas for moms and dads, laser xtreme games for kids and other booths. There were also raffle and production numbers. When it was time for my dear Kyle to go on-stage, he looked somewhat pale. But the boy’s got an amazing bravura; he still gave in his all despite panting and almost fainting onstage. In the middle of his performance (he did the Maori Poi dancing via Gangnam Style), his poi got entangled somewhere so he stopped for a while but continued dancing until his production number was done. Too bad, the crowd wasn’t able to see his other poi tricks. The audience seemed to enjoy his performance that even after his dance number, an elder woman approached us, complimented Kyle’s performance and congratulated him for such a job well done. She was a total stranger but she must have truly enjoyed Kyle’s performance for her to even come to where we were seated just to say those words. In my mind, at that time, I knew Kyle’s already a winner in the eyes of many having wowed the crowd a lot of times during his performance.


In the end, Kyle emerged as 3rd placer. I knew if his poi hadn’t been entangled during the contest, he could’ve been 2nd placer. But nevertheless, I’m still happy that he won. I knew he truly deserved it because he had given his best. God had blessed his efforts and sacrifices. 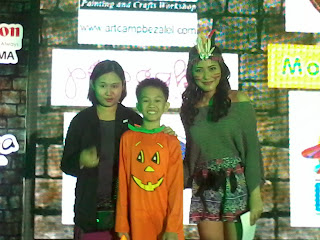 For Kyle, I know you can really be a pain in the butt sometimes, but I know you have a good heart. I hope you will continue to pursue whatever your heart desires. Always remember how much we care for you and love you. Keep striving for your goals; we’ll always be rallying behind you.

One day, you might be able to stumble upon this blog entry of mine, I hope that you will always cherish our memories together. You may not have the love of your biological parents, but you’ve got a whole lot of love from all the people around you who’ve considered you as their very own. You’ve got US. Mommy Rica, moi, my friends: Tita Ia, Tito Jappy, Krel, Tita Abby, Aileen, Norma, Tita, Tito Vlad, Tita Rose, Tita Vix, Tita Kris, Tita Milette, Tito Ren, Tita Jamie—everyone loves you. Your supportive teachers: Ma’am Dolly, Ma’am Ruste, Ma’am Venus, Ma’am Villanueva, Sir Sorosa—everyone else. Some may not understand how special you’ve always been. Let them be, for in due time, they will see what they have failed to see in the past. But for me, I have always believed you were such an angel sent to us by God to nourish with love and care because someday soon you’re destined for something great. Congratulations again Kyle! We’re so proud of you!
Purple Plum Fairy thanks Ms. Norma B. Galera, Ms. Aileen Baino-Nevyny and Mr. Bernard Sorosa.
Disclaimer: I am not compensated for this post. Opinions expressed are 100% my own.