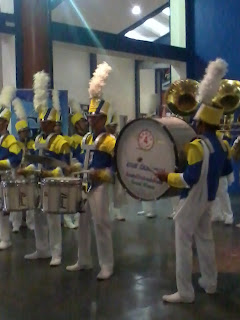 August 28, 2012 was indeed a red-letter day for Cebuana Lhuillier Pawnshop’s loyal customers especially their privilege card holders, as well as its media friends sharing the blessings the said company had received throughout these years. As Cebuana Lhuillier celebrates their 25th year, they mounted a special thanksgiving concert dubbed as “Pistahang Cebuana” which featured no less than its own endorser, pop princess Sarah Geronimo. Hosted by TV/radio personalities Shalala and Tess Bomb, the said concert started out via on-stage games, giving lucky pre-selected Cebuana Lhuillier privilege card members cash prizes for both winners and consolation prizes. The funny duo even performed a dance number for the opening of the show. The G-Force dancers also made the show pumped up with excitement. 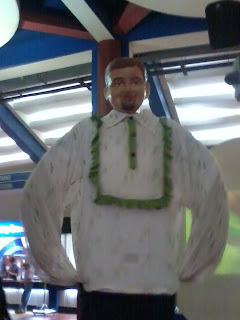 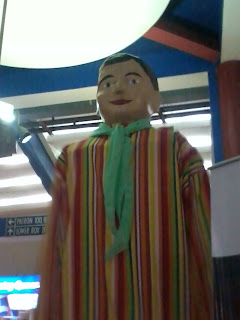 There was truly a festive ambience at the Smart Araneta Coliseum, what with the presence of a marching band playing different jovial songs, Angono’s famous “Higantes” (Giant paper mache) parading and dancing to the different tunes played by the band. Not to mention the colorful and glittery sets used on stage—all giving that “fiesta” feeling. Other talented celebrities such as Sarah Geronimo’s contemporaries and fellow singing champions Erik Santos, Mark Bautista, Rachelle Ann Go and upcoming singer Anja Aguilar also graced Pistahang Cebuana.  They all shared the limelight with the pop princess on stage. I personally liked the Aegis medley that Sarah Geronimo and Rachelle Ann Go did. It was the first time I saw them again shared the same stage after Rachelle Ann had transferred from ABS-CBN to GMA-7. It was quite a thrill seeing the champions’ medley of Filipino novelty songs where Mark Bautista and Erik Santos sang Masculado songs while the girls had songs from the Viva Hot Babes’. 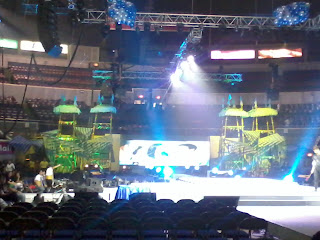 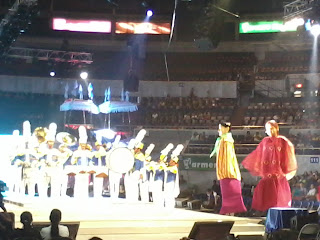 As part of their celebration and thanksgiving, Cebuana Lhuillier also gave away Php25, 000 to the lucky 2.5 millionth Cebuana Lhuillier privilege card member 24k Cardholder; a lucky lady named Cynthia Tiangco of Caloocan. She won the cash prize along with other prizes simply for being the 2.5 millionth member of the privilege club. Aside from that, Cebuana Lhuillier also raffled off other exciting prizes such as My Cebuana phones, Canon Ixus 115, Samsung Netbook, LCD TV 32” (Sony Bravia), Blackberry phone, Sodexho gift certificates, cool gadgets and cash prizes. The Lhuillier owners themselves personally handpicked the winners. 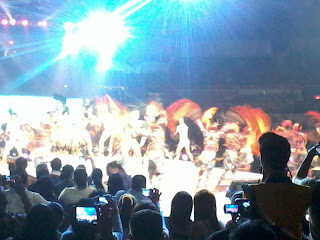 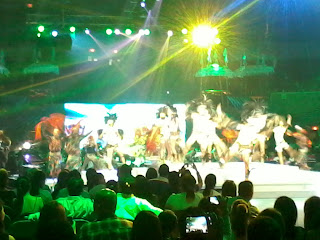 The crowd went totally wild when they saw Sarah Geronimo sharing the stage with actor Gerald Anderson (who was romantically-linked to the pop princess sometime ago). They had a duet together and Sarah even asked Gerald to sing “live” before the excited audience. It was nice seeing the two on-stage, although I felt that the whole scenario was simply “put-on” to make the fans go “kilig” (read: tickle the fans)—still, if I were an avid Sarah-Gerald fan, that would’ve been enough to make my day.  But since I am a keen observer that evening, I felt that the rest had been somewhat “scripted”—that the two had only been doing what their fans (who by the way had been screaming the whole time they were together on-stage) had wanted to see. Don’t get me wrong; this is just what I had observed throughout the said show. Gerald Anderson and Sarah Geronimo just did what they had to do that night—it was all for a show and for the love of their fans. Anyway, what was important was that the fans and the audience had fun. 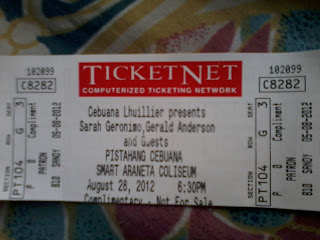 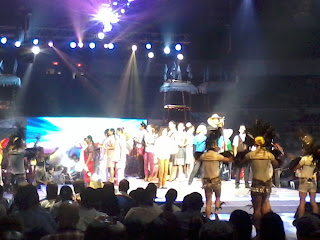 Overall, I’d have to say that I enjoyed the said concert. I no longer wonder why Cebuana Lhuillier made it on their silver anniversary. They know pretty much how to pay it forward (they’ve been helping hand-in-hand with Kapuso Foundation) and they know how share whatever blessings the company had received to their loyal clientele. I believe that all the fans and Cebuana Lhuillier customers as well as media people who had seen the show went home with smiles on their faces, knowing fully well how much they had enjoyed the show. 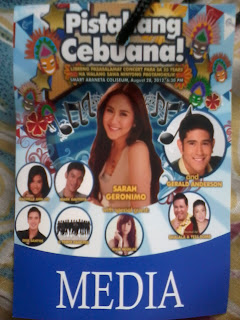 Note: My apologies because I do forgot to bring my camera during this event. So I had no choice but to make do with my mobile phone camera. So forgive me if i failed to shot Sarah and Gerald as well as the other celebrities.