Snow Crystal White Tomato recently revealed their celebrity endorser, GMA Network's Primetime Queen, Marian Rivera-Dantes. She's the perfect personality to represent the brand because Snow Crystal White Tomato wanted someone who exudes confidence and beauty. Despite being a mom, Marian still makes sure she looks pretty much the same even before she had her only daughter, Zia. Thus, she's been hailed as another "hot momma" in local showbiz. 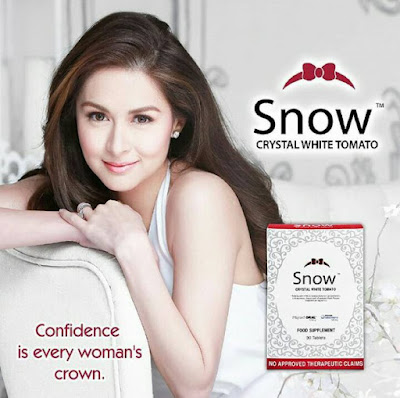 During the recent press conference where she was officially introduced as Snow Cyrstal White Tomato's brand ambassador, Marian has recalled her humble beginnings in local showbiz industry. She had always wanted to become a teacher but somewhere along the way, she was lead to enter the colorful world of show business. Marian started out by joining beauty pageants in her hometown in Cavite. It was then that she was discovered to star in a TV commercial. From then on, she went on to do bit roles in television series until she auditioned for "Marimar," a role which had sealed her future. Since then, the rest is history.


So what makes Snow Crystal White Tomato different from other whitening products in the market today? The company behind Snow Crystal White Tomato hopes to debunk the myth about skin whitening. With its 800mg of Colorless Carotenoids derived from a unique breed of white tomatoes imported from Israel. White tomatoes are said to be effective in whitening and reducing the early signs of skin aging. But what got me curious about this product is the claim that it protects the skin from the sun's harmful UVA and UVB rays which makes it perfect for people like me who are too lazy to put on sunblock.

Snow Crystal White Tomato also contain 500mg of Kohjin L-Glutathione, believed to be one of the most potent anti-oxidants. It helps remove free radicals and repairs skin for healthy glow from within.

So what are the benefits of using Snow Crystal White Tomato? 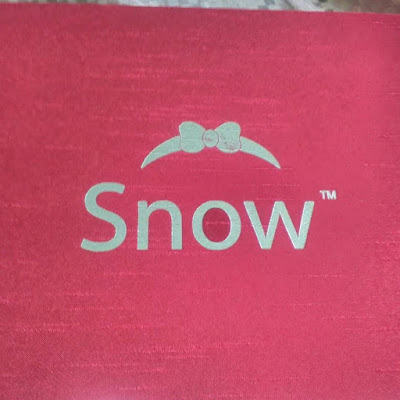 Snow Crystal White Tomato is recommended at least once a day. It is not for pregnant and lactating women. It is being sold at SRP of 2,985.

Snow Crystal White Tomato is scientifically proven to be the new gold standard in both anti-aging and skin whitening. It is available in Mercury Drug, Watson's and other leading drugstores nationwide.