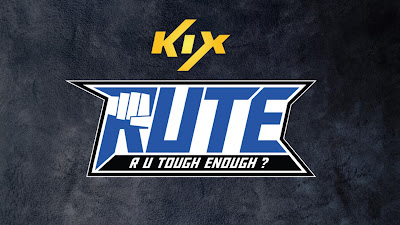 KIX, the Ultimate action entertainment channel in Asia is searching for tough individuals  to compete for the grand prize of Php250,000 with its “R U Tough Enough?” contest, the search for the toughest Pinoy.

KIX is an action channel that epitomizes toughness and the spirit of a champion. Our MMA (mixed martial arts) fight events, action movies, and action series all showcase people and characters who have persevered through tremendous hardships and obstacles. They want to bring this spirit of endurance and perseverance to life by launching a nationwide search for the toughest Pinoy. They hope to find a person who is just as tough, if not tougher, than the action heroes and heroines that populate our channel.

If you are indeed tough enough, here are the details on how you can audition for the competition and other guidelines:
§  The Contest is open to all legal residents of the Philippines, males and females aged 18 years old and above who exude toughness – physically strength, mental endurance and emotional resilience.
§  The enrollment period for the Contest is from now to September 15, 2016. Interested applicants must apply online at www.kix-tv.com/tough
§  All entries will be shortlisted on September 17, 2015.
§  Shortlisted participants will be invited to the closed-door audition onSeptember 24, 2016 at Gold’s Gym Acropolis in Quezon City, Philippines. During the closed-door audition, the applicants will be tested on his/her physical fitness by doing physical tests and will be interviewed by a panel of judges.
§  Ten finalists will be determined and required to compete in a final showdown, which consists of a series of physically demanding and mentally-challenging tasks. The final showdown will be held on October 14, 2016, at The Block Atrium, SM North EDSA.