Binded by their passion for music, Let Gravity band members Sam Santos, Ram Chaves, Donne Santos, Rigil Borromeo and Alden Acosta were probably destined to play music together. Coming from different set of bands, their paths crossed through serendipity and have found each other some two to three years ago. And the rest as they say is history. 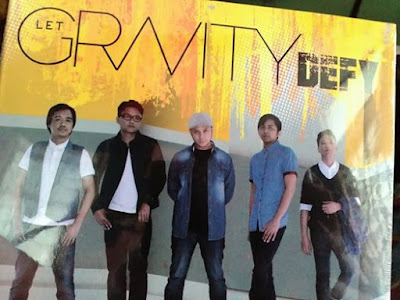 For those who haven't heard from them yet, Let Gravity is an all-Filipino pop-rock band with a touch of jazz.


The band may not exactly ring a bell now, but remember their names and their humble beginnings. Pretty soon, I won’t be surprised if they would become household names. Now, let’s get to know the guys that made up Let Gravity Band: 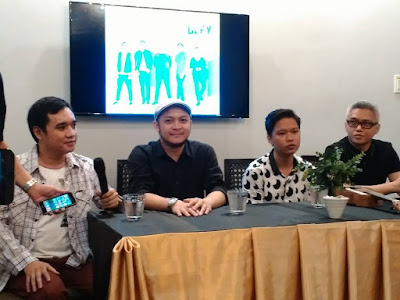 Guitarist Sam Santos is a professional songwriter who composed the teleserye theme song “Alipin,” as well as a host of other telenovela themesongs. His brother Donne Santos was the founding member of the indie-band called ‘Goodbye Tracy’ and is a former member of a band called Sutil. Acoustic and electric fingerstyle guitarist Rigil Borromeo is a music teacher by profession, Alden Acosta was a former member of a band called “Happydaysahead” and the more popular group “CallaLily.” Lead vocalist Ram Chaves, whose day job is a BPO supervisor was the last one to complete the missing puzzle piece, also had his own band called the ‘Ramchavesband’ and was formerly a runner up in the GMA 7 Pinoy Idol Season 1 competition. 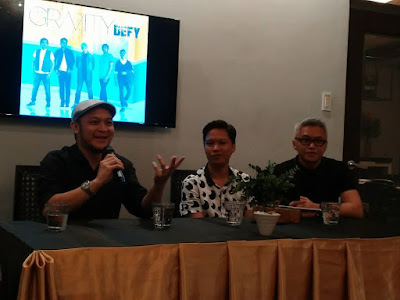 One thing about the members of Let Gravity is that they’re all virtuoso in their own right. In fact, two members were graduates of the University of Sto. Tomas Conservatory of Music. They’re amazing individually so when you put them all together, expect an amazing and awesome performance from this group.

Remember those cool sappy songs you used to play on your discman? If you’re a fan of the OPM bands back in the 90’s, you’d surely love Let Gravity band. You wouldn’t understand what I’m talking about if you aren’t old enough to actually witness the OPM boyband rise back in those days. To give you an idea, these were the times when bands such as Eraserheads, Rivermaya, Introvoys, Side A and Shamrock became popular.

I’m sure, just like everyone who had the chance to listen to Let Gravity band’s single “With A Kiss,”  you’d love the way these guys put in so much of their energy and passion in every music, lyrics, texture, and character of each songs from their debut album Let Gravity Defy. Their debut album as a whole is a compilation of beautiful and inspiring music.  Listening to the lyrics of each song, one can conclude that they were really written baring all their hearts and soul. “You could say our songs have hugot messages that anyone can easily relate to,” says Donne, the eldest in the group. The group admits that everyone has contributed in one way or another to the songs in their debut album.

Music is something that they naturally breathe and live for. It fuels them, keeps them going and drives them to inspire others through their songs. Ram is a living proof that he can balance both having a normal life yet couldn’t resist the lure of the spotlight.

Let Gravity carries one of the most distinctive voices in the OPM scene, a sound which has become one of the band’s signatures. Their album features the carrier single and album title “Defy.” The single charted on OPM and Monster radio RX 93.1. The same song also reached the TOP 10 charts for several weeks. It’s a clear indication that the band produces quality music that caught the attention of major record labels, audiophile as well as music enthusiasts.

In addition, Let Gravity’s music video “With A Kiss” is now airing on MYX and Net 25. It can also be viewed on Youtube (Let Gravity channel). By July, Le Gravity will also be releasing the music video “Alamat,” which incidentally will be the theme song of the historical film and biopic Hermano Puli helmed by veteran film maker Gil Portez featuring actor Aljur Abrenica under T-Rex Entertainment which will be having its commercial run in September.

Let Gravity Band's  single "With A Kiss" has been getting good reviews and a fair airplay on the radio and videos.

Here's a video of Let Gravity band with a cover of one of my all-time favorite songs, "This I Promise You." They had given it their own treatment and a different "flavor."

With their matured sound and different music style, Let Gravity band supporters and fans should expect nothing but the best from these guys. Rest assured that Let Gravity will continue making music for people which we can all treasure and relate to.