Cheska Garcia-Kramer has moved on with Contractubex 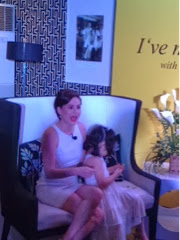 She grew up before our very eyes and we've all seen how she has blossomed into a very pretty lady. She was part of the afternoon children and teen show in the 90's called, "Ang TV". We were witnesses when she tied the knot to good looking basketball star Doug Kramer. Indeed, former TV host/entrepreneur/actress/celebrity mom Cheska Garcia-Kramer is an epitome of a woman blessed with a happy family. The popularity of 'Team Kramer' on social media platform Facebook even shows Cheska as a hands-on mom to her three lovely kids namely Kendra, Scarlett and Gavin. 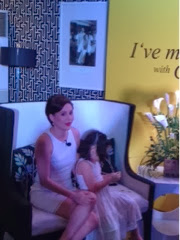 "I'm glad Doug supports me in all my other endeavors," says Cheska who manages to find time to do other things such as attend to her business, accept endorsements and even squeezes time for several guestings and event hosting. But her top priority remains to be her family. "Family always comes first. I love doing my job, but having three kids isn't easy. So I decided to prioritize my family over my career when I had kids," Cheska adds. 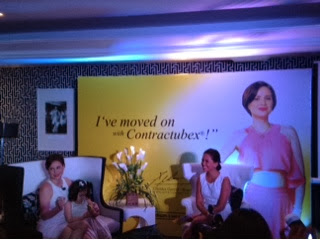 Although her showbiz career has to take a back seat now that she has a family, Cheska makes sure she still maintains her good looks. It's pretty amazing that despite having three children via caesarian section, Cheska remains to be pretty, sexy and someone who possess flawless skin. 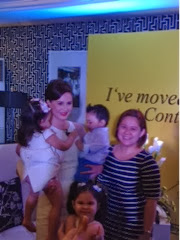 "I used other brands on my C-section scar during my first and second pregnancy but I was not happy with the results. After giving birth to my youngest Gavin, I switched to Contractubex. I liked how my scar has lightened with no nodule formation under my skin. In just little as eight months, you can hardly see my scar," enthused Cheska.
"I can now afford to wear a bikini at the beach or the latest in fashion called crop tops. Using Contractubex has helped boost my self confidence. In fact, I believe in Contractubex so much that I even use it on my kids like when Kendra had a fall which resulted in a deep scar on her thigh. I also tried using Contractubex on Gavin's upper lip when Scarlet accidentally bumped into him which left a small scar on him. After three months of using Contractubex, those scars are no longer visible," Cheska said. 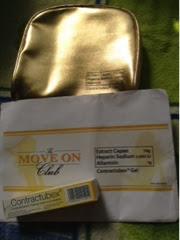 Contractubex is the world's number one topical scar treatment which is clinically proven to help reduce the appearance of unsightly marks or scars.  Recommended and trusted by doctors worldwide, Contractubex reduces scarring from within because of its three main components: Allantoin, Cepae extract and Heparin sodium.
Personally speaking, I've experienced the healing wonders of Contractubex too as I've once shared on this same blog last year. Contractubex is easy to use: simply apply on the affected area three to four times a day. It works well on raised scars like keloids and hypertrophic scars. Contractubex is exclusively distributed by Merck Sharp and Dohme (MSD Philippines) and is available in leading drugstores nationwide.
Disclaimer: I am not compensated for this post, Opinions expressed are my own.
Posted by Vance M. Ramos at 8:39 PM