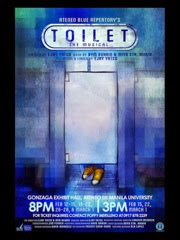 Ateneo Blue Repertory, the foremost college musical theatre organization of the Ateneo de Manila University, closes blueREP’s 22nd season with the highly anticipated original production, Toilet: The Musical.
Back from the World Championship of the Performing Arts with three silver medals and one gold, up-and-coming musical director and blueREP alumnus Ejay Yatco returns with Toilet: The Musical- an original production that is set to be the most talked-about show of the year.
In line with blueREP’s 22nd theme “Magkano Mabuhay?” Toilet: The Musical leads its audience on a journey into the lives of eight seemingly ordinary students, each with a story to share and a secret to disclose within the cold confines of the toilet walls. Toilet: The Musical discourses upon grim territory close to home – suicide, unrequited love, religious disparity, bulimia, sexuality, and fear of what the future holds- yet never forgetting to show the light at the end of the tunnel, and the struggle to remember that there are no real endings, just new beginnings. 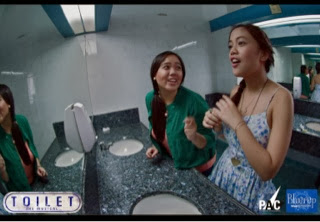 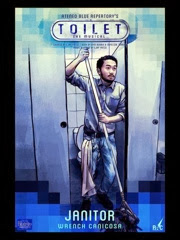