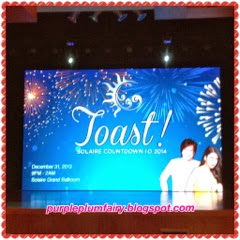 New year is fast approaching. Have you made plans on how you'd celebrate the end of this year? If you haven't thought of something special yet, why don't you grab some tickets to this 2013's last hurrah concert dubbed as "Toast!" happening at the Solaire Grand Ballroom, Solaire Resorts and Casino featuring the sultry Concert Queen Ms. Pops Fernandez and Side A's frontman and vocalist Joey Generoso. This is the first time that Solaire will be having a New Year Countdown Concert so everyone's pretty excited about it.
"It's going to be fun as we'll go partying with the audience as we welcome the New Year," says Pops Fernandez. "As we end the year, let's all move on after all the incidents that has happened in the past. A New Year means a New Life," adds Pops. 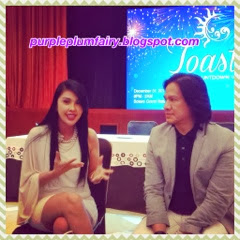 The special back-to-back concert will include a repertoire of songs from both artists as well as their collaboration. "We'll be having duets and solo numbers. Pops and I will be singing songs in different era so that all the members of the audience will be able to relate and will surely have a good time. We'll sing songs from the 60's, 70's, 80's, 90's up to the present songs. The audience can even sing along with us if they wanted to. It's really going to be a great show, that's something we can promise," says Joey Generoso.
"My son Robyn Nievera will be our special guest. We'll make sure this show will make you forget about your worries as we all welcome the new year with a bang!", shares Pops.
"I rarely do shows anymore because I've come to a point where I could choose the projects I'd want to work on. I am planning to produce more shows, grow in that aspect. I also see myself renewing my mom's production outfit. But each time I do a show such as this, I am pretty excited again as I do miss performing for a live audience," Pops enthuses. 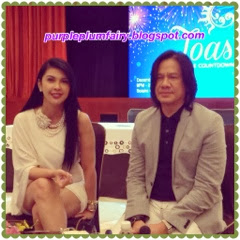 Solaire Resort and Casino will be having a number of bands performing as well, DJs, everything simultaneously happens all throughout the 31st of December. There'll also be a musical fountain--everyone will surely have something that will interest them in Solaire. With Toast! featuring Pops Fernandez and Joey Generoso, there'll be a high tech breakthrough technology integrated in the show. Food of course will be amazing and there will be lots of surprise as we all celebrate the moment. This new year countdown show is the first for Solaire. We hope this will become an annual event as we set a high bar through this event for better things to come.
Music is very important, it brings you back to that moment you want to perpetuate. So what better way to end this year 2013 than be with someone you love, eat good food and spend it at Solaire's Toast New Year Countdown show with Pops Fernandez and Joey Generoso--you're sure to remember this special night for the rest of your life.
Tickets are available at all Ticketworld and Ticketnet outlets and in Solaire Resort and Casino. Ticket prices are as follows: 10,000 VIP, 6,500 and 4,500. Tickets include dinner meals.
For more details, log on to www.soliareresort.com
Visit Solaire Resort and Casino, 1 Asean Avenue, Entertainment City, Tambo, Paranaque City, Philippines (near SM Mall of Asia)
Posted by Vance M. Ramos at 7:51 PM