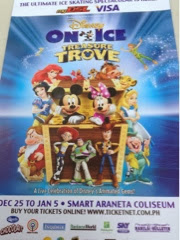 I I grew up looking forward to Christmas because I knew that aside from opening my toy presents, my family and I would be watching Disney On Ice where I'd get to see my favorite Disney characters live! That's why I got so excited when I was given the chance to see Feld Entertainment's Disney On Ice Treasure Trove now that I am an adult on a special show (one day before their first show) for charity with Araneta Center's beneficiaries/organizations such as the J. Amado Araneta Foundation and Hero Foundation. For me, it's like Santa must've heard my secret wish, for it was truly a great Christmas present for me, my mom and my son, Kyle. 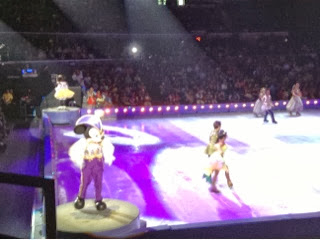 True enough, Disney On Ice Treasure Trove is such a spectacular show with amazing ice skating from the world's best skaters. And just as I remembered in my childhood, from that old formula that everything Disney had always been known for--Disney On Ice Treasure Trove is just as awesome, jaw-dropping and dazzling as I had always remembered it to be. Seeing the show brought back that sense of magic in me + a whole lot of childhood memories. It's great to see my favorite Disney princesses come to life such as Belle from Beauty and the Beast, Ariel of The Little Mermaid, Snow White, Princess Aurora (Sleeping Beauty), Cinderella, Alice (Alice in Wonderland), and Princess Jasmine (Aladdin). They were joined by new ones like Meridia, Tiana (Frog Princess), Mulan, Rapunzel (Tangled) and side kicks like Sebastian (The Little Mermaid), Pumba, Rafiki, Timon (from The Lion King). 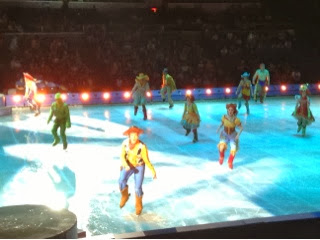 See how Disney characters headed by the famous Mickey Mouse charm the audiences with his antics and how values are translated into their live performance. The production features well-loved and familiar Disney classic songs that everyone can easily relate to, with empowering lyrics, energetic choreography, fantastic sets and costumes and stories that appeals to all ages, thereby making Disney On Ice Treasure Trove a must-see show. Personally speaking, I truly marvel at Disney On Ice Treasure Trove.
I know not much of figure skating, but I do know that the skaters were really good because they were able to do more complex figure skating techniques similar to ballet's arabesque. They freely but gracefully spin despite being in sometimes difficult costume. But nevertheless, world-class. Hence, viewers will be getting more than what they've paid for. My Mom, who's already 56, still had her "Oohs and Aaahs" moments throughout the show. No doubt about it, she had totally enjoyed Disney On Ice Treasure Trove at her age. Clearly, only Disney On Ice can do such a thing. 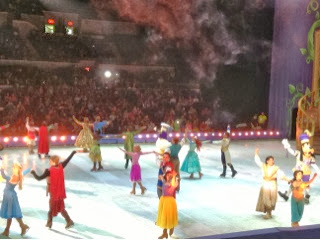 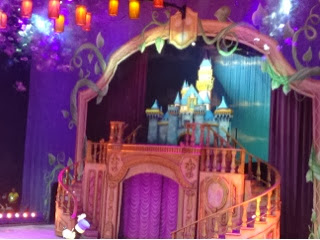 Kids and those kids-at-heart will surely enjoy seeing Princess Jasmine and Aladdin ride the Magic Carpet, Genie coming out of the magical lamp, Tangled's Rapunzel light up the paper lanterns, and Captain Hook's Crocodile chase scene. They will also be delighted to see the huge elephant during Aladdin's number, Peter Pan and Tinkerbell as they fly up in the air as well as Tinkerbell's pixie dusts and the colorful world Under the Sea during Sebastian's number. Whew! There's actually a lot more to share. One thing I can guarantee you is that there will be no dull moment during the show. It would really be best for you to see them yourself because there's nothing like seeing Disney On Ice Treasure Trove--a live celebration of Disney's Animated gems. After all, nothing beats a first hand experience, right? I only have good words for the Disney On Ice Treasure Trove cast and crew. Kudos to everyone for such a great show! I highly recommend the show to everyone, I'm giving it two thumbs up! 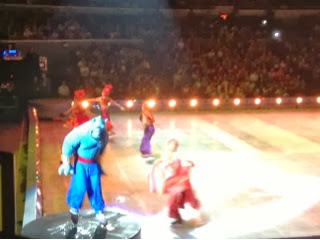 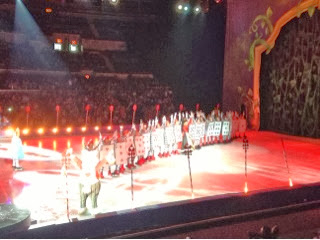 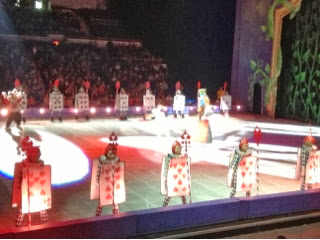 I later saw all the kids as we made our way out by the gates of the Smart Araneta Coliseum, and I knew they were all very happy after seeing Disney On Ice. It may not be much to help these kids from the charities supported by Araneta Center, but based on the kids' wide smiles, laughter and stories they had about the show--Disney On Ice Treasure Trove and Araneta Center truly made them happy that day--the kind of happiness that they will always cherish and becomes a part of their childhood memories just as it did in mine.
The best part of seeing Disney On Ice Treasure Trove is that part of its proceeds will go to Sagip Kapamilya, an ABS-CBN Foundation. So it's like hitting two birds with one stone: seeing the show will definitely entertain you + you'll also be helping others as well. 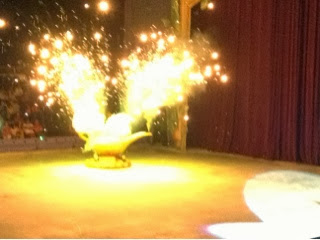 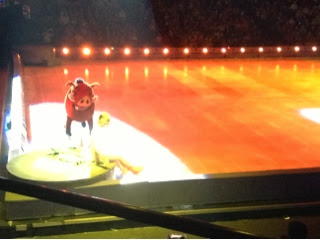 Disney On Ice Treasure Trove will be shown starting December 25 until January 5, 2014 at the Smart Araneta Coliseum. Tickets are available at all Ticketnet outlets and Araneta Coliseum Ticket booths. You may also buy your tickets online via www.ticketnet.com.ph 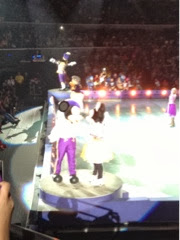 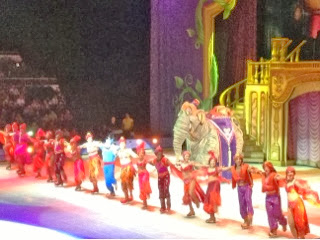 Catch Disney On IceTreasure Trove while you can, I assure you, it'll be worth it because you and the kids will surely love it!
Ticket prices are as follows:
Patron VIP Php1,920
Patron Php 1,730
Upper Box A Premium Php1,385
Upper Box A Regular Php950
Upper Box B Premium Php600
Upper Box B Regular Php450
General Admission Php150
Purple Plum Fairy wishes to thank Araneta Center for the tickets, special thanks to Tin Romero and Jen Maslang.
Posted by Vance M. Ramos at 11:39 PM