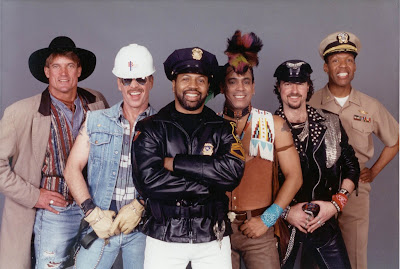 The Village People’s image and reputation has created very prominent significance in pop culture across the globe. Images of an American native, police officer, a construction worker, soldier, big biker, and cowboy seemed pretty bizarre at first but it sure became a hit among its fans through the past 35 years. And the fact that The Village People made history not just with how unique they look that’s exceptionally theirs, they had made waves through their disco-themed songs.

The Village People had loads of chart bursting hits such as “Go West”, “In The Navy”, “Milkshake”, “I am What I am,” “Can’t Stop The Music”, and “YMCA” among many others. They were the biggest item in the 70’s era until the mid parts of the 80’s. The Village People’s looks and costumes had been imitated and spoofed a lot and even if their careers had somehow mellowed down, their Greatest Hits and Best Of compilations are still raking in sales, not to mention their hit songs still enjoy the airplay in several radio stations around the world. They have also been awarded with a star on the Hollywood Walk of fame in 2008—an honor they truly deserved.

And even if in 1995, they’ve lost an original group member who passed away, The Village People are still solid and intact throughout these years. The big news is that the group will be in town this coming November 17, 2012 and will be performing LIVE at the SMX Convention Center in Pasay City for a ONE-NIGHT ONLY concert in Manila! Yes, it’s a once in a lifetime chance to relive all the memories and go back in time with your favorite The Village People disco hits and party the night away. Get your tickets now at any TICKETWORLD and SM Ticket Outlets! 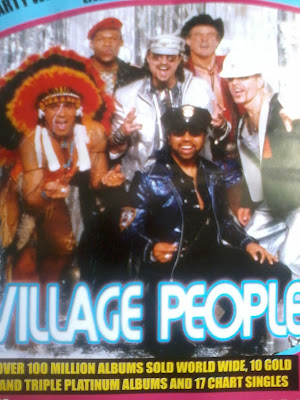 What’s more good news is that Redstone Productions gave Purple Plum Fairy some extra premiere tickets for her loyal readers worth P3,500 each. Your Purple Plum Fairy will be spreading some pixie dusts on two lucky blog readers and followers. I’ve got here two extra tickets for you guys.
Here’s how to score tickets:
You must be a Google Friend Connect (GFC) follower of this blog and of my food blog http://www.angtakawko.blogspot.com (It should be both blogs).
You must LIKE Purple Plum Fairy on Facebook.
Please follow @Purpleplumfairy on Twitter
Tweet: @Purpleplumfairy is giving away two tickets to #TheVillagePeopleinSMX on November 17 @redstonesproductionsph (PLEASE DON’T FORGET TO DO THE HASHTAG, TAG REDSTONE AND PURPLEPLUMFAIRY) or share them on your Fb account.
Comment on this blog below with your name, Twitter account URL, email, Facebook Account name/URL.

Note: Please bring any valid/government issued ID on the actual concert day to be able to claim your free ticket for the concert. Failure to do so will be subject to disqualification. Please use your REAL name (should be the name indicated on your valid IDs) on your Facebook Accounts. No Fake or Dummy Facebook accounts please. Tickets are non-transferrable, only the winners should claim their tickets. Representatives are not allowed. Winners will be notified by email on the morning of the 15th.
Good luck guys and let’s all have fun at the party on the 17th!
The Village People LIVE at the SMX Convention Center is brought to us by Red Stone media Productions, in cooperation with Jinga Juice, Puerto Princesa underground River, Esquire Financing Inc., Talk TV, 2nd Avenue, Jack TV and Media Partners: The Philippine Star, Business World, Business Mirror, People’s Journal, Mellow 94.7, Barangay LS 97.1, 101.1 YES FM, and Pinas FM 95.5.
Purple Plum Fairy thanks Bloggers Association of the Philippines, Ms. Tin Gonzaga, Red Stone Productions, Ms. Nelia Lim , Ms. Karish Gidwani and Mr. Ver Garcia.
Posted by Vance M. Ramos at 8:39 PM